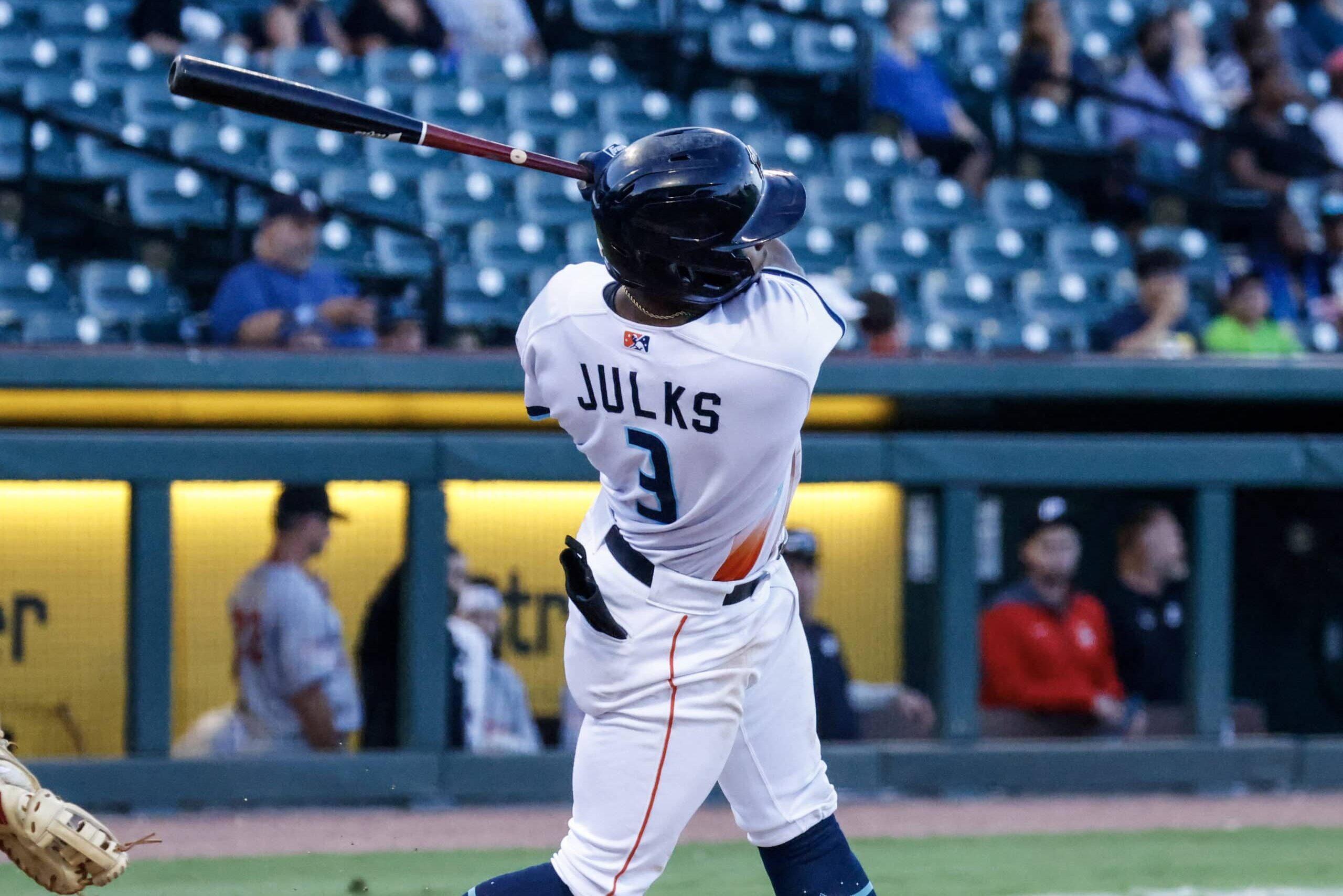 Now that the season is over we will review each position in the minor league system during the 2022 season. This week we will move onto the third base position. I will focus on guys who played majority of their games at third base.

Julks was solid in 2021 but had a breakout season in 2022. The 26-year-old and his new found power led the Astros system with 31 HR in 130 games, all coming in Triple-A. He also managed to hit .270 and steal 22 bases with the increased power. While Sugar Land plays in some great hitter’s parks, Julks performed better at home (.882 OPS) despite Constellation Field playing down compared to the rest of the PCL.

After a breakout performance in 2021, Perez had and up and down season. He made his big league debut early with a call-up due to injuries. He went back down to Double-A and had a .731 OPS before finishing the season in Triple-A, and he finished hot. Perez hit .483 in 8 games in Triple-A to finish off a year where he hit .290 overall in 83 games.

Borden was drafted by the Astros in the 16th round of the 2022 draft. Following the draft, the Astros assigned him to rookie ball before moving to Asheville where he hit .298 with 6 HR, 17 RBI in 15 games. He has some strikeout to his game, but also has the pop to make an impact at the corner.

Williams was drafted last year and in his first full season played between Single-A and High-A. Overall he had just a .653 OPS but he has posted solid exit velocities so there is some upside here.

Like second base, the third base position is also locked up with Alex Bregman there. Julks is an intriguing depth option for 3B/OF. I still think Perez has a ton of upside the Astros have the ability to allow him to develop since there isn’t the immediate need. We will probably see some other prospects play more third in the 2023 season.

In this article:astros, Houston, MiLB, prospects, third base