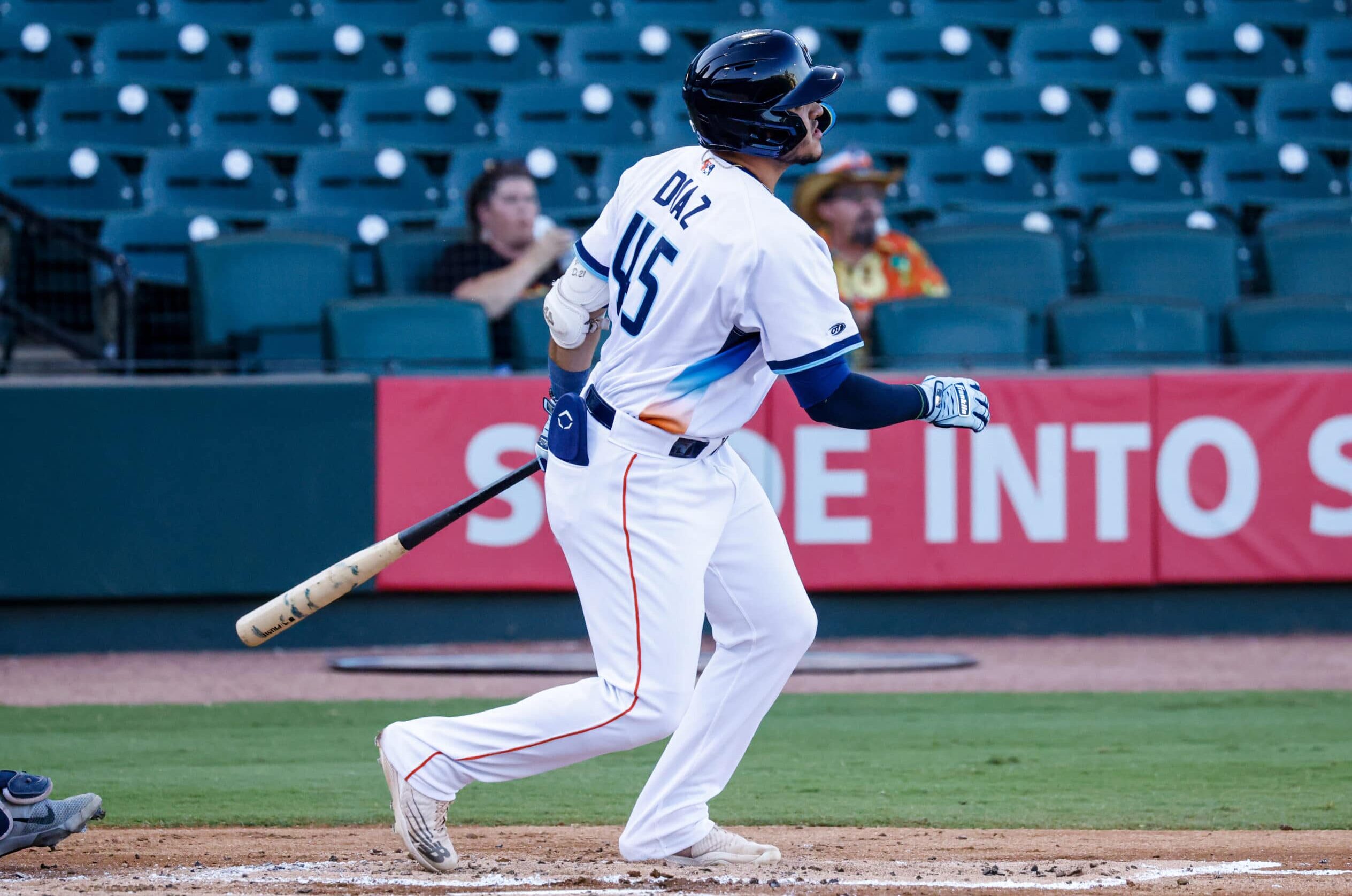 Now that the season is over we will review each position in the minor league system during the 2022 season. This week we will start with catcher position.

Diaz was acquired in the trade that sent Myles Straw to Cleveland. After looking promising following the trade, the right-hander put up some gaudy numbers in 2022. He started the season in Double-A and hit .316 with 13 2B, 9 HR in 57 gamers. He was promoted to Triple-A where he had 16 HR in just 48 games. Overall he hit .306 and earned a call-up to the Astros. Look for him to get some serious time on the MLB roster next season.

Lee was the Astros first round pick in the 2019 draft (32nd overall). After having a breakout 2021 season, Lee put together a solid 2022. He started a bit slow but eventually found his power stroke connecting on 25 HR in 104 Triple-A games including 13 over a 27 game stretch in August/September. He got a call-up to the Astros and got his feet wet, preparing him for a bigger role in 2023. If he can provide homerun power and solid defense behind the plate, he will be a very valuable addition. Read more about Lee here.

Correa proved himself as a legit prospect in 2021 after having a great year. In the off-season, he made the transition to a new position at catcher. In 105 games for Asheville, he hit .309 with a .810 OPS. He also added 29 doubles and 64 RBI. He had a great year at the plate walking 8.2% of the time and striking out just 7.9% of the time. He is still working on the nuances of the catching position but showed good progress this season.

Berryhill got off to a strong start to the 2022 season. Through the first 55 games he hit .285 with a .880 OPS. He also had an incredible on-base streak and was doing it all for Corpus Christi. He eventually slowed down a bit and then in July he fractured his finger. He came back from his injury and hit well with a .835 OPS over the final 20 games. He caught 9 base stealers for the Hooks, good for 13% caught stealing rate.

Palma is a young catcher, just 20 years old, who had a solid 2022 season. He started the year in Single-A and while the peripherals looked solid, he had just a .689 OPS. He was eventually promoted to High-A where he took off with the bat hitting .327 with a .967 OPS in 27 games for Asheville. Overall he had a .782 OPS and should be one to watch next season as he moves uo the ranks.

Gaston is a big (6’3″, 210 lbs) Cuban catcher who played the entire season in the DSL. He dominated his competition though slashing .319/.420/.688 in 47 games. This included 14 2B and 12 HR. He also posted good walk and strikeout rates with a 180 wRC+. He was impressive defensively too catching 22 of 55 base stealers for a 40% caught stealing rate. Hopefully he will get some time in Fayetteville next year.

The numbers for Rodriguez looked good, an OPS of .915 in High-A. Unfortunately he struggled to stay healthy playing in just 39 games. He is only 23 years old and the bat has shown enough to get more time.

Stubbs had an up and down year. On one side, he showed some nice pop with 21 HR in 83 games. On the other, he hit a combined .214 and struck out 128 times. He has some offensive upside but will have to cut down on the strikeouts.

Price was the Astros 6th round pick this year and he swung it well following the draft. The 23-year-old slashed .290/.371/.468 before his season was ended due to a broken bone in his foot. He will be ready for spring training, per Kenny Van Doren.

The Astros have built some solid depth at the catcher position over the last few years. Martin Maldonado will be coming back but guys like Yainer Diaz and Korey Lee should get to see some big league time behind him. Berryhill, Correa, and Salazar provide good depth and the young guys like Palma, Gaston and Price have plenty of upside. The Astros should be able to fill the catching position from in house moving forward.