Pena was drafted by the Astros in the 3rd round of the 2018 draft. During the draft process, Pena was seen by many as the best defensive shortstop in the class, and he has done nothing to disprove this notion. He has solid speed which leads to good range and possesses a plus arm. On the offensive side, Pena has added weight and improved his power, evident by his .579 slugging in 2021. He has a solid understanding of the strike zone and has the ability to draw walks and limit his strikeouts while also being a threat to steal bases. Pena was ready to put up a big 2021 season but, unfortunately, he got hurt and was sidelined until August. He came back with a vengeance though making an immediate impact in Triple-A where he crushed the ball putting up a .944 OPS with 10 HR in 30 games. At the plate, he has power to all fields and the ability to be a threat on the base paths. Pena should be the starter at shortstop this season with Correa going to Minnesota. He is major league ready defensively and we got to see plenty of improvement with the bat over the last few years. Read more on Pena here.

Lee was the Astros first round pick in 2019 out of California. Broadly built at 6’2″, 205 lbs., Lee is a strong athlete with a strong lower half and shows solid across the board defensive skills and above average arm strength, projecting as a solid average catcher at the highest level. With the bat, he shows a nice mix of hit and power, with a simple stroke that keeps the barrel in the hitting zone for a long time. His approach is also pretty advanced already, and generates a healthy quantity of walks. Lee projects as a 20+ home run threat down the line. With the ability to hit for a solid average and get on base from the backstop position, this gives Lee a strong shot to be a future plus at catcher. Lee put it together on the field in 2021 season crushing 11 HR and hitting .277 while throwing out 43% of base stealers. He is the future at the catcher position. Read more on Lee here.

Brown was drafted by the Astros in the 5th round of the 2019 draft out of Wayne State University. He only pitched in 23 innings following the draft but he has shown enough to deserve a high ranking. Brown runs his fastball up to 98 (despite throwing mid 80s in high school) and has shown the ability to maintain his velocity in multiple innings. He also possesses a big breaking curveball and sharp slider, which both flash above average. Brown probably has the highest upside of any arm in the system and the makings of a top of the rotation pitcher. He has a great pitcher’s build and has had some success going deeper into games this season. In 2021, his first full season, Brown struck out 131 batters in 100.1 innings between Double-A and Triple-A. You can read more about him here.

Hunter Brown is going to be a prospect that should be able to contribute to the big league club in 2022. Finished the year strong in AAA including his 10 strikeouts in 5.1 innings in this outing. #Astros pic.twitter.com/T1B6pPZtxE

The Astros were rumored to be the favorites for Leon for quite a while but COVID threw a wrench in the plans. He was eventually signed in January of this year for $4 million. He is seen as a fast riser due to his age but also due to his physical skillset, and that has been true in 2021. He has a short and compact swing with power to all fields. He also possesses an above-average arm in the outfield and is a plus runner on the bases. At the signing, James Click referred to him as a true five tool prospect and he has shown that this year. The Astros have used him at SS, and so far the reports have been up and down. He started the season in AA and after a first couple of rough weeks, he turned it on posting an OPS above .900 in both June and July. Leon has the potential to be an impact player at the MLB level and he has shown it already in the minors with the power and speed combination.

Santos was drafted by the Astros in the 2nd round of the 2020 MLB draft but due to COVID, he was unable to make his professional debut that season. Santos has a mid 90s fastball with a high spin rate and pairs that with two solid secondary offerings, a curveball and a changeup. He also is a good athlete at 6-3, 215 lbs. Santos has an extremely high ceiling and started to show that in 2021 pitching in full season baseball at just 19 years old. He was up and down in his performance but flashed his potential throughout the season. He will be 20 in 2022 and has a chance to make it up to Double-A.

Alex Santos (@alexxmansantos) struck out the side in the 2nd inning! #Astros pic.twitter.com/V7aHeZTtEA

Solomon was a high upside pick in the 2017 draft out of Notre Dame. A guy who had electric stuff but control issues. He came into the Astros system and had a great 2018 season (2.32 ERA, 114 K in 100.2 IP). Unfortunately he got hurt early on in 2019 after two starts and missed the rest of the year after undergoing Tommy John Surgery. He has came back in 2021 and had a great year striking out 112 in 97.1 innings in Triple-A and even made his MLB debut allowing just 2 runs in 14 innings. Solomon has multiple solid pitches including an fastball that can sit mid 90s. I think he will have a big role for the Astros in 2022.

Joe Perez was THE breakout prospect of the 2021 season. The former 2nd round pick dealt with some injuries early in his career but was healthy in 2021 and it showed. He ended up playing across three different levels hitting .291 with a .849 OPS and a 125 wRC+. Overall he had 34 2B, 18 HR in 106 games. Perez showed plus power to all fields and after an adjustment period in Double-A, he held up well against competition well above his age. He is still improving defensively but has more than enough arm to make all the throws at third. He recently told me on the Astros Future Podcast that he worked on adding weight this season. He has shown to be one of the Astros top prospects. Read more on Perez here.

Joe Perez had a breakout 2021 season. Here is a highlight video of some of his homers. Legit power to all fields. #Astros pic.twitter.com/Wu1t3KIQoh

At this point, everyone knows who Forrest Whitley is. After a dominant 2017 which saw him strike out 143 over 92.1 innings while reaching AA at just 19 years old, he has struggled a bit to recapture that magic the last couple seasons. A suspension and a few nagging injuries has held him back. Whitley possesses a fastball that has nice life and gets up to 98 MPH which he pairs with a devastating changeup. He also has a very good curveball and above average slider. Forrest had Tommy John surgery ending his 2021 season but appears to be on track to pitch in 2022. I still believe in his upside and despite the setbacks, he is still only 24 years old.

With the Astros first pick the 2021 draft, the Astros took a prospect who fell right in their laps. Whitaker was ranked the #37 prospect by MLB. Scouts noted that he has a plus arm in the outfield and big raw power. He started as a shortstop and has since moved to the outfield. Whitaker is a good athlete for his size. He has some swing in miss to his game but has the upside to be a big run producer at the major league level. He is 6-4 and 190 lbs. He played in 29 games and had a .590 OPS in rookie ball.

Dubin was drafted by the Astros in the 13th round of the 2018 draft after attending two different JuCo schools. He is smaller stature listed at 6-1, 155 lbs but he has added about 20 lbs and is sitting around 175 now. His fastball sits in the mid 90s, touching 99, and he has a plus slider. After a dominant 2019 season, Dubin put together a great 2021 showcasing his abilitiles with 69 K in just 49.2 innings. Dubin has enough pitches to be a starter but if the Astros decide to use him in the pen, he could be electric running it up to triple digits. You can read my interview with Dubin here.

I hope we get to see Shawn Dubin in the #Astros bullpen next season. He has some nasty stuff. 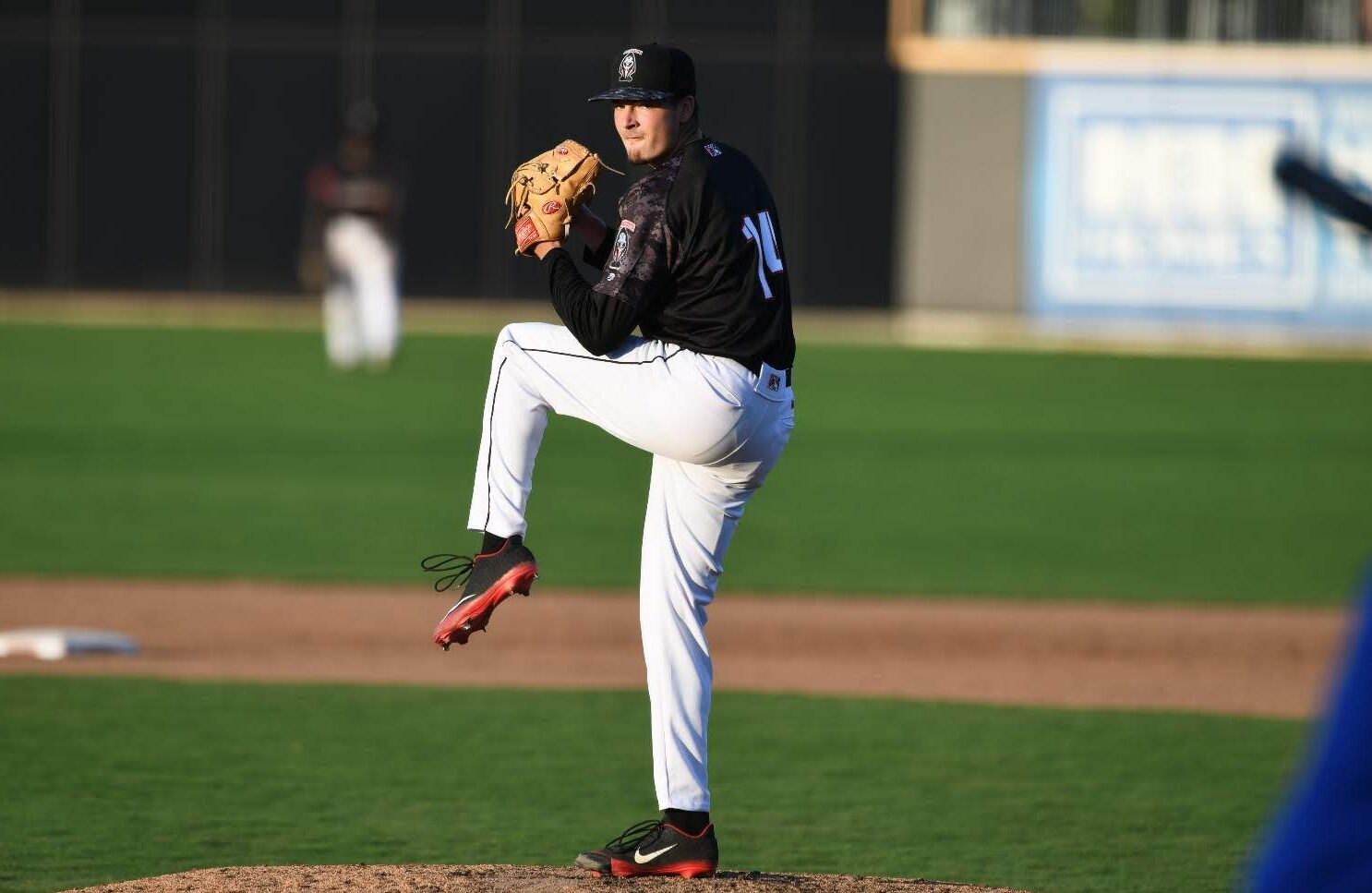 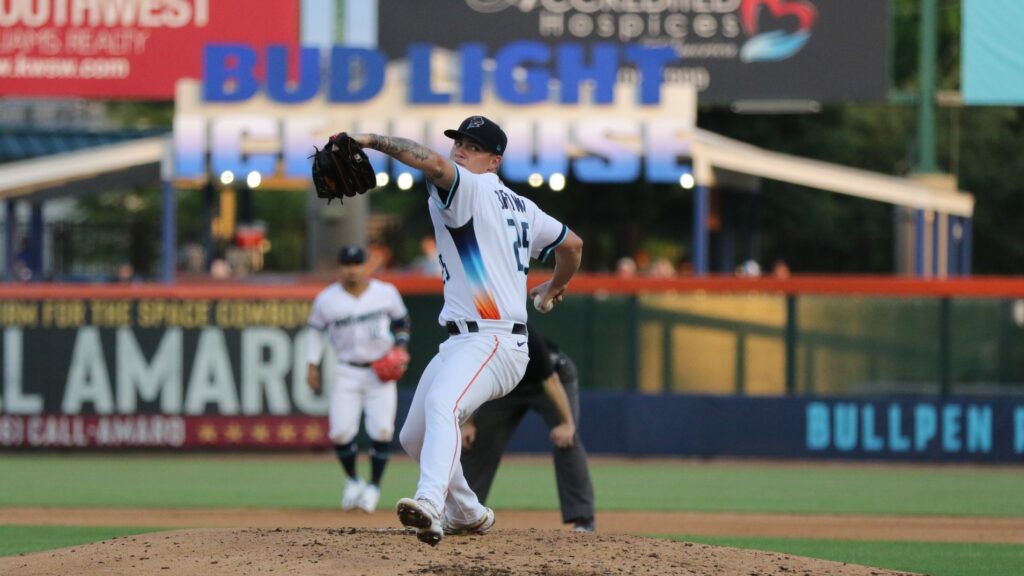 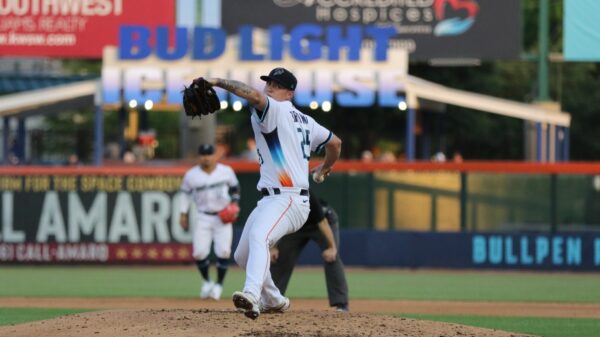 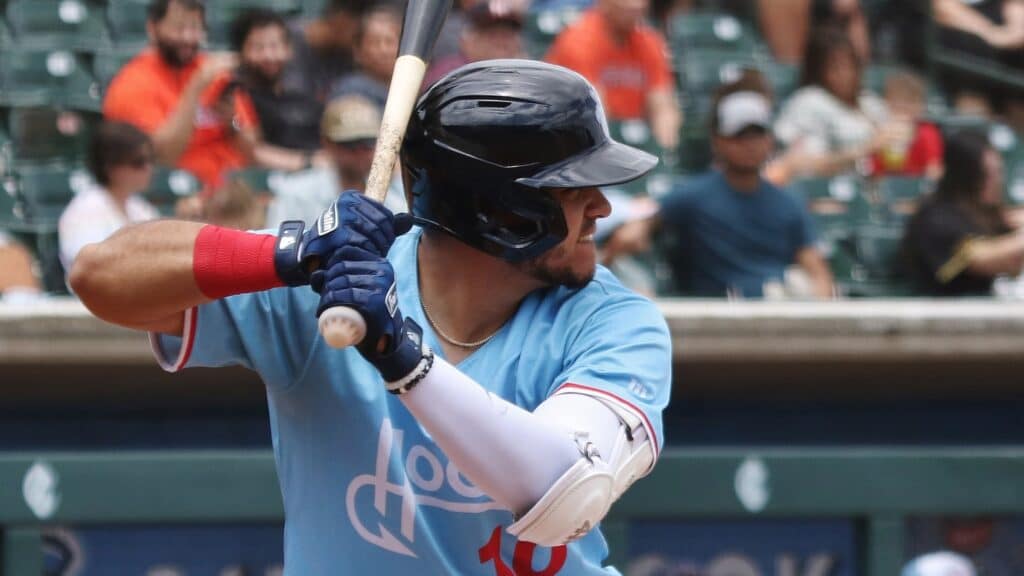 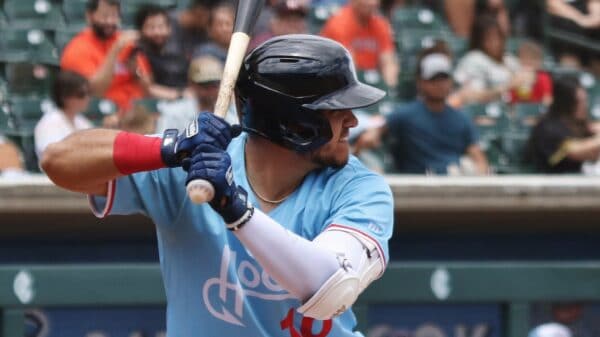 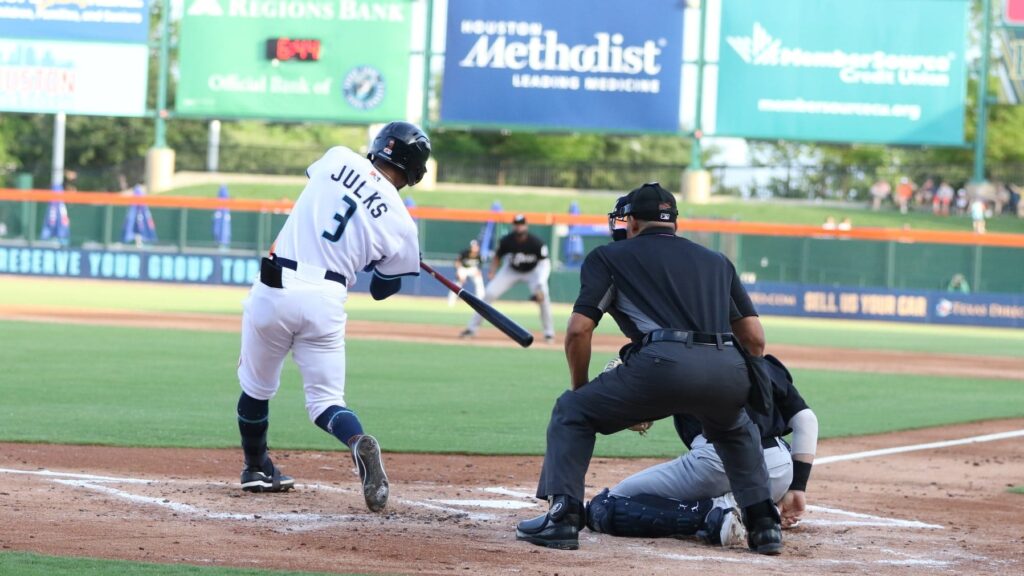 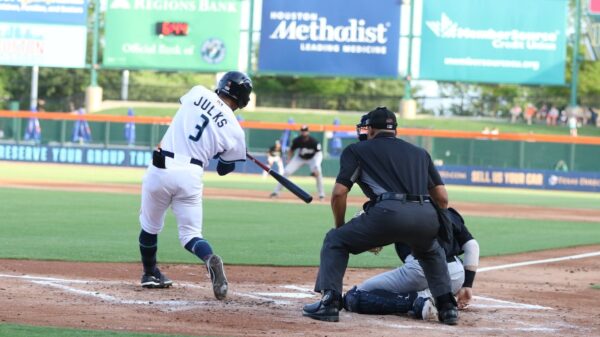 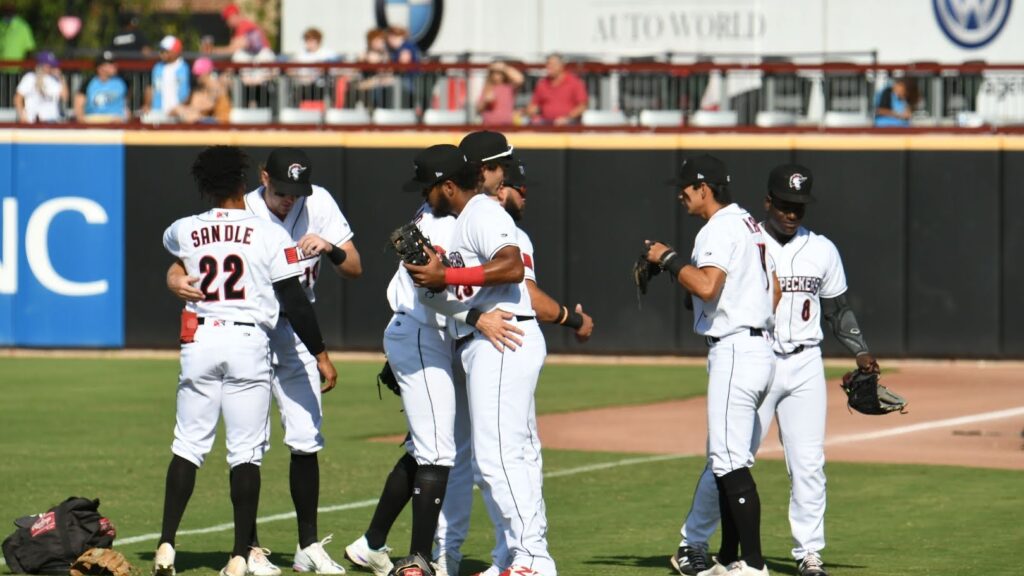 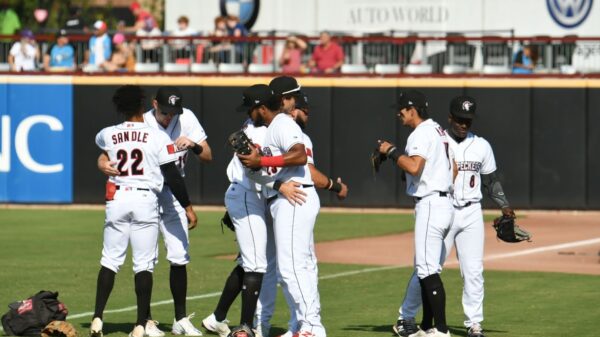 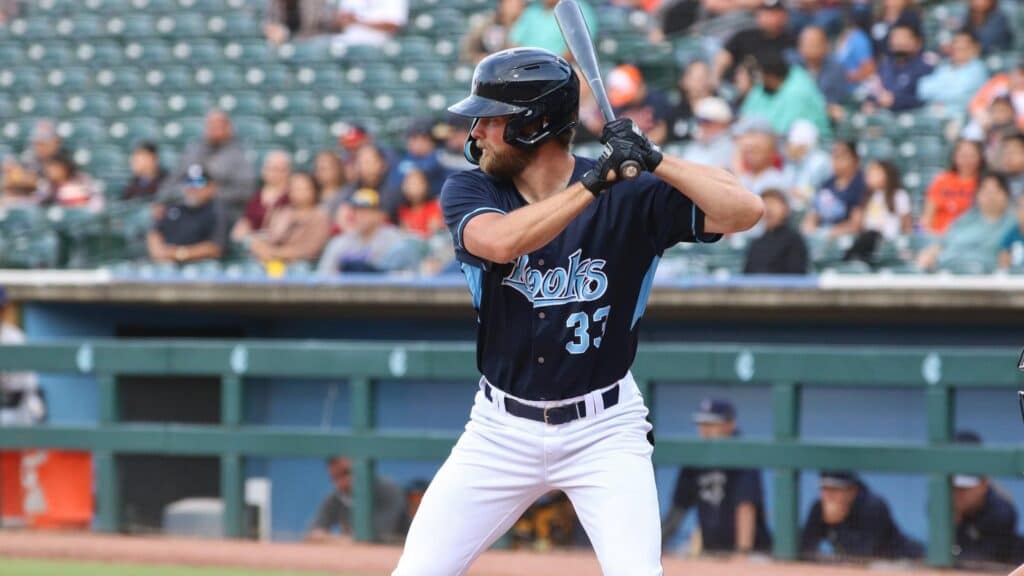