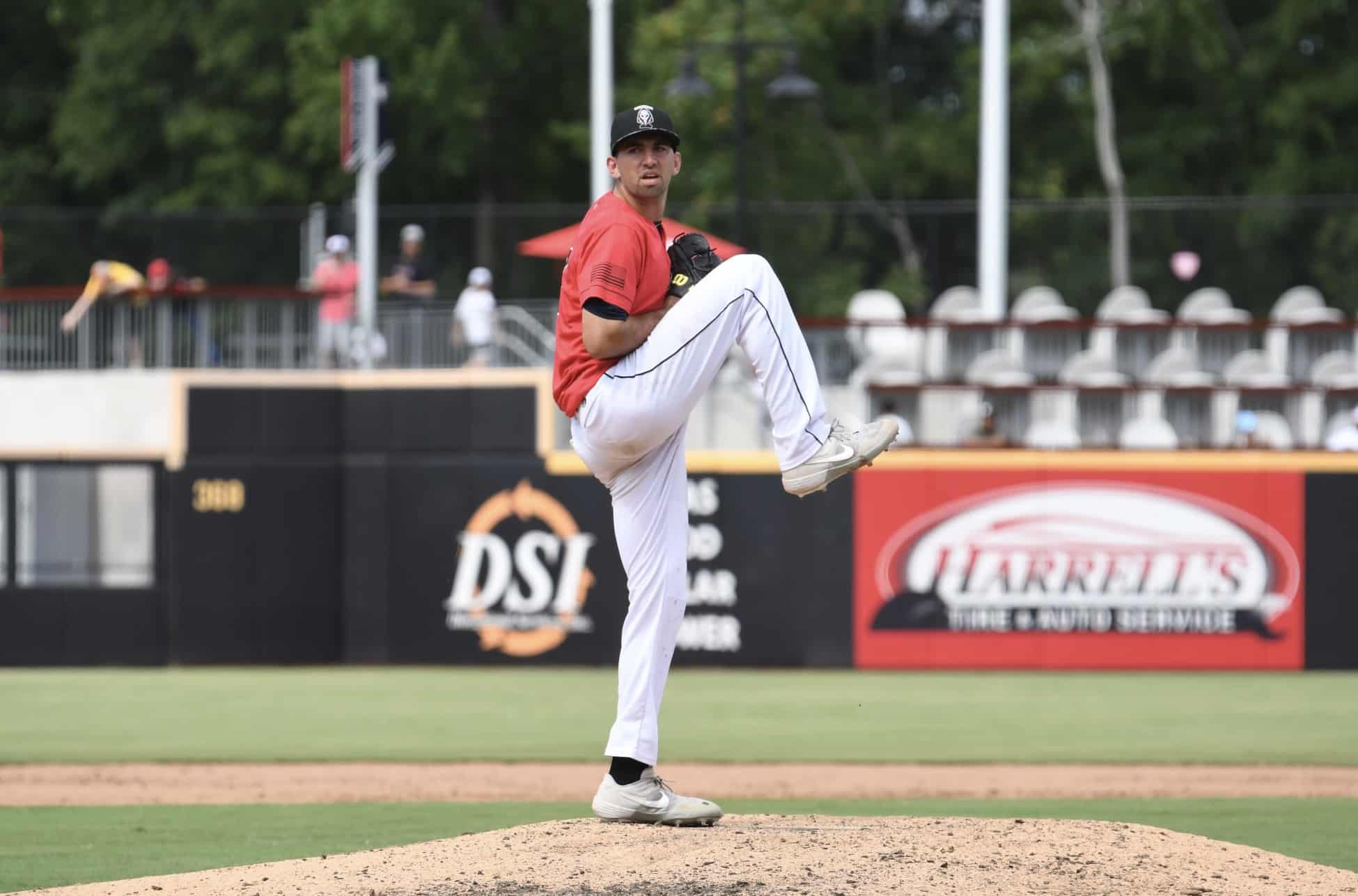 Twenty years ago, the idea of having Tommy John surgery seemed like a possible career ender, or something that prevents a pitcher from getting back to where they once were. Nowadays, Tommy John surgery is common and many pitchers have came back from it stronger than ever – see Justin Verlander in 2022. In the 2021 draft, the Astros took a chance on a pitcher, Colton Gordon, who was undergoing rehab following his own Tommy John surgery.

Gordon attended the University of Central Florida but his college career didn’t start there. He was at a junior college for a couple season before transferring to UCF in 2020. He started the season well, 2.35 ERA with 5 BB/24 K in 23 innings, before the season was shutdown due to the pandemic. For someone that could have came out following his junior season, the shutdown made it a little more complicated.

“I mean, in a perfect world, that (being drafted in 2020) would have been awesome. I went to a Florida High school, went to a junior college before I made it to UCF and I had a lot to work on,” Gordon said. “I think my development during that stretch, there was a lot going on for me as far as learning about myself as a pitcher, kind of fine tuning, like sharpening tools I had. So yea, in a perfect world the answer is yes. But I really don’t know. I really did not know.”

Gordon returned for his senior season and once again started out well posting a 2.77 ERA with 13 BB/72 K in 55.1 innings. Unfortunately he dealt with an elbow injury and ended up having Tommy John surgery in May of 2021 which may have had an effect on his draft position in the 2021 draft.

“I mean, I’m sure it effected it tremendously. It’s one of those things where it’s hard to say. For me it’s hard to say just things that are outside of your control, honestly. But it definitely affected it without a doubt. I don’t know to what extent, but it definitely affected it,” Gordon said. “I knew that and it’s as part of it. I got Tommy John prior to the draft, it just was what it was and it wasn’t an ideal situation. Obviously it wasn’t what I wanted to happen, but it did happen and I was super fortunate and thankful the Astros drafted me when they did and and just obviously was happy for the opportunity.”

Following the draft, most prospects start working with the team and get right into game action. Gordon, on the other hand, was already a few months into his rehab process and continued that with the Astros after joining the organization in West Palm Beach.

“I had it (surgery) last May and the draft was in July so the first couple of months of rehab were really with UCF and through my surgeon that did my surgery had a PT clinic kind of involved with the with the surgery. So between doing that and UCF prior to the draft where I started my rehab process,” Gordon said. “Then obviously got drafted in July with the Astros that year and we got there and picked up kind of right where I left off as far as PT went in the beginning and built on it.”

While the rehab in UCF went well, the Astros were able to offer some different things to help Gordon through the entirety of his rehab process.

“Obviously they have their own different tools and different things to work on or progress through it. But it was pretty much a seamless transition,” Gordon said. “Especially where I was at I was in the early stages of rehab obviously wasn’t throwing, doing very minimal rehab exercises but I’d say the majority of my rehab was really with the Astros.”

Gordon made his Astros professional debut on June 13th, 2022 when he pitched with the Florida Complex League Astros down in Florida. He would pitch six games in the FCL before moving up to Fayetteville. In Fayetteville, he made quick work of the hitters he faced posting a 2.21 ERA with 3 BB/27 K in 20.1 innings.

“I feel really good. I’m really confident with where I’m at, really happy with where I’m at, obviously I want to be better. There is always things to work on and be better without a doubt. But as far as the amount of work that’s been put in, not just by me but the rehab staff as a whole down there in Palm Beach with the Astros, and even their belief to me from a front office standpoint to have the confidence to take me when they did even though I was I wasn’t even throwing a baseball,” Gordon said. “Just feel really good, as far as pitches. I’m still looking to improve everything but really happy with the command, the feel I have for my pitches, the feel I have to on the baseball and where I’m at.”

Gordon was recently promoted to High-A Asheville and in his first start for the Tourists, he struck out 9 over 5 innings. The numbers have been really good this season, but there is always something to work on.

“In a perfect world, continue to gain some velocity without a doubt. And I think that’ll happen over time,” Gordon said. “But just day by day thing, right? So just getting a little bit better every day and let those days add on to each other. It’s kind of what I’ve been.”

The Astros have been known to add pitches to a pitchers arsenal, and have had an insane amount of success doing so. They have started to make changes with Gordon as well.

“I guess since college to now the biggest addition has been the addition of the cutter, and I’m still working on it. Not where I want to be yet but it’s a really good pitch to continue to improve on,” Gordon said. “I’d say just the idea of like, what my pitches should look like and where they were in college and not necessarily changing a lot, but just the understanding of little tweaks here and there that can be a huge thing. So you know, the tools and resources I have here or that they provide me here are obviously way more extensive than I had at UCF, which is just awesome because you’re able to do that much more understand that much more than that as far as what you’re doing so, been an awesome journey so far.”

Overall this season between rookie league, Single-A and High-A, Gordon has a 2.58 ERA with 7 BB/58 K in 38.1 innings. The 23-year-old left hander was quickly gone from a rehabbing draft pick to a prospect to really keep an eye on moving forward. Given his advanced pitchability from the left side, he could be one to move quickly through the system.