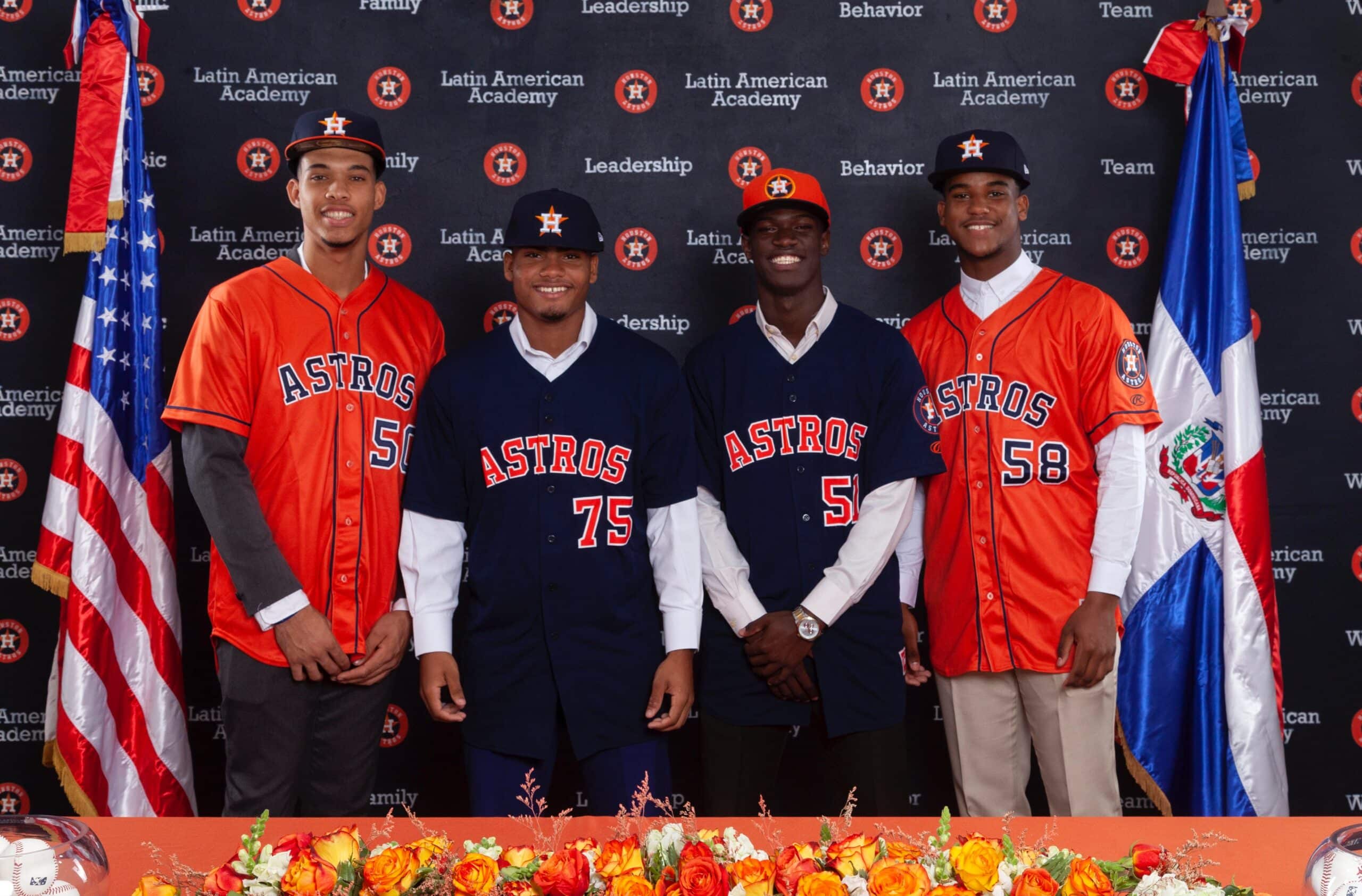 “We are excited to welcome a new group of international players into our organization as the 2023 signing period begins,” said Charles Cook, the Astros assistant general manager. “Our International Scouting department does a tremendous job leading a cross-departmental effort to identify, evaluate, and acquire amateur talent across the globe.”

“Today’s signings mark the culmination of that process with significant contributions coming not only from our International Scouting staff, but also from our Player Development, Performance Science, Sports Medicine & Performance, and Research & Development departments. We look forward to supporting this class of players as they begin their professional baseball journeys and expect them to positively impact our farm system quickly.”

Pereira wasn’t listed a signing slot Sunday at the Astros Dominican Republic Academy, as he signed in his home country of Venezuela. The infielder is the only newly-signed prospect not from the Dominican Republic, where all nine prospects are slated to begin their professional careers.

“Imagine having a really talented group of players and then adding these guys to it,” Dominican Summer League Astros Blue manager Manuel Alfonsin said via Twitter. “(I) can’t wait to get back on the field with this group.”

The 2023 international signing period runs through Dec. 15. The Astros spent $5,144,500 combined on Díaz, Ramírez, Valencia and Pérez, according to Jesse Sanchez of MLB Pipeline. While the club’s pool was set at $5,284,00, it wasn’t reported if Houston spent the remainder of the money on the other five prospects.

The Astros didn’t come to terms with Cuban right-handed pitcher Ruben Menes, although he told Astros Future this week he still expected to join the organization. Francys Romero reported Menes’ pre-agreement signing bonus of $700,000 fell through in recent months, leaving Menes to sign with the St. Louis Cardinals for $425,000 on Sunday.

Houston was reportedly expected to sign Cuban infielder Luis Jesús Quesada on Sunday, according to Romero. But as the signing period progresses, Quesada would likely find a smaller deal with the Astros, along with outfielder Carlos Caba.

Will the Astros’ System Decrease in Size?

There’s a rumor around Minor League Baseball that organizations will have to drop to 150 prospects from 180 in accordance with the unionization of players, a source said. And given a combination of factors of development and age of prospects, the Astros could drop one of their two Florida Complex League teams, after deploying the FCL Astros Blue and the FCL Astros Orange in 2022.

The DSL Astros are anticipated to continue rolling with two teams: Blue and Orange. The Astros have yet to confirm roster constructions for the 2023 MiLB season.

Where Does Hunter Brown Rank?

The Astros Caravan travels Friday to Constellation Field with David Hensley, J.J. Matijevic and Seth Martinez. All three players suited up for the Sugar Land Space Cowboys in 2022, but Hensley is the only one that remains with prospect status.