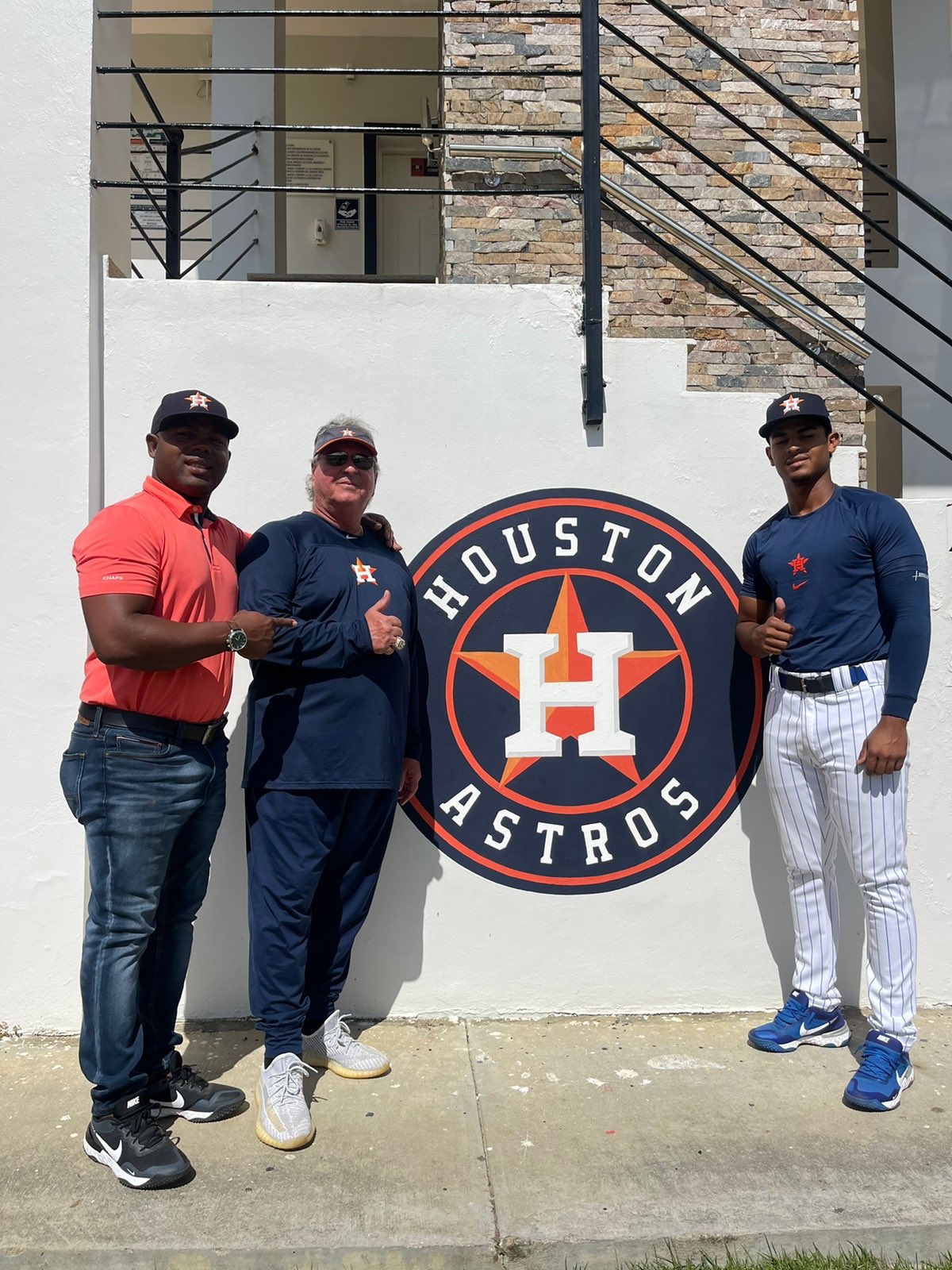 Quesada, a 17-year-old Cuban standout, measured out at 6-foot-2, 190 pounds and was admired as a “solid hitter,” according to Romero. The right-handed infielder departed from Cuba in 2021, and he marks the 22nd Cuban signing in the organization. The Astros are expected to release a full list of signees Sunday.

The Sugar Land Space Cowboys were among the top sellers in hats this past season, according to MiLB.com.

“The logo embraces the Houston area and the state of Texas and everything that we are known for from our Western culture to our space program,” said Shamaine St. Julien, the Space Cowboys’ retail manager. “You have the Western hat, you have the face that, you know it’s kind of mysterious, because it’s not a face. You don’t see the eyes and nose and mouth features. You see stars, which is kind of the tie-in with the galaxy and the space aspects of our brand.”

Alimber Santa caught the eyes of many during 2022 spring training, but he was absent for almost all of the regular season. The right-handed pitcher suffered an undisclosed injury in his first Single-A Fayetteville outing in April. The 19-year-old hurler attempted a comeback in early August with two rehab outings in the Florida Complex League, but he didn’t make it back to the Woodpeckers.

Santa pitched off a mound Thursday to fellow Dominican prospect Victor Díaz, brother of Yainer. If healthy and cleared for spring training, Santa is another prospect to keep an eye on in 2023.

Astros prospect Alimber Santa pitched off a mound today to Victor Díaz. Santa, who caught fire in spring training, missed almost all of the 2022 season with an undisclosed injury. pic.twitter.com/HKWZ3Qsnuy

The Corpus Christi Hooks announced prospects Korey Lee and J.J. Matijevic will be in Corpus Christi on Tuesday with the Astros Caravan. Season ticket holders will be treated to a private question and answer session with the former Hooks, as the group will take private stops throughout the day at the London ISD Gym, the Naval Air Station Corpus Christi and the Driscoll Children’s Hospital.