Berryhill, originally drafted by the Reds and traded to the Astros last off-season, put up a big season. After making some adjustments on advisement from Astros coaches, he turned in a phenomenal 2021 season. He had a career year posting a .974 OPS with a 159 wRC+ in 73 games across three different levels. Berryhill flashed his raw power connecting on 15 HR in just 74 games. He finished with a .412 wOBA which was third among all minor league catchers. This led to him being named the Astros minor league player of the year. He bat showed off in 2021 but he was solid on defense too with his framing numbers being above average. You can read more on him here.

The Astros signed Lorenzo in July of 2019 for $1.8 million out of the Dominican Republic. Scouts noted the 18 year old a line drive stroke and drives the ball consistently to all fields. Lorenzo, a switch-hitter, has some power but should develop more. He is also an above average runner with a strong arm. He has the makings of a great prospect and now it is just about putting it together. He debuted in the Astros system in 2021 and posted a .628 OPS in 41 games as an 18 year old.

McKenna is a former 4th round pick from 2018 who looked good following the draft but then struggled with injuries (and COVID) before finally being healthy in the 2021 season. He started the year in High-A and hit .305 with a 1.005 OPS in 41 games before being promoted to Double-A. There he hit .206 with a .619 OPS in 38 games. McKenna is a wiry athlete with great power, but some swing and miss to his game. He should continue to put on weight which could increase his power. He is a good outfielder and has a chance to stick in CF. Read more on McKenna here.

An older prospect who took a long route to pro ball, Brewer has a football background and oozes tools including plus plus speed and above average power. Coming off a huge year for Michigan in 2019, he struggled at the plate a bit in his pro debut, but has the potential to impact the game in a number of ways. The hit tool is his biggest question mark as his swing tends to get long, but if he becomes even an average hitter, he could be a legit prospect. Some of the adjustments he made paid off posting a .785 OPS in 65 games in Low-A. I think he can be a breakout guy in 2022.

J.C. is known by many because he is Carlos Correa‘s younger brother, but he is a legitimate prospect in his own right. He was signed as an undrafted free agent in 2020 after a solid college career at Lamar. Correa started the year in Low-A and slashing .306/.392/.477 in 56 games earning a promotion to High-A where he hit .314. Correa is a solid defender in the infield but he will be carried by his bat. He has a knack for making contact, striking out just 59 times in 101 games this season, but has also drew 35 walks. He only had 9 HR in 2021, but finished with 32 doubles. If he continues to hit, his status will keep rising as he moves into the upper levels.

France was drafted by the Astros in the 14th round of the 2018 draft. The right hander had an incredible 2021 season which saw him strikeout 157 in 114 innings, both highs for the Astros system last season. He had a 4.28 ERA in Double-A but was even better in Triple-A with 3.59 ERA in 80.1 innings. France doesn’t have blow away stuff, but has a good blend of pitches. He mixes a slider, cutter and chanegup off of his low 90s fastball. He has a strong chance to make it to the MLB this season. Read my interview with France here.

Dirden was another undrafted free agent following the 2020 draft but put together a great season slashing .274/.397/.537 with 15 HR in 83 games. The outfielder showed a nice combination of power and patience with a 14.9 BB% and a .263 ISO. Overall. he had a 149 wRC+ in 83 games. A really good under the radar season from Dirden as he had some of the best numbers in the Astros system. The lefty swinger has above average power but will have to show it at the higher levels.

Sprinkle was an undrafted free agent signed in 2020 but has shown that he would have been selected if the draft hadn’t been cut short. Sprinkle had a phenomenal first pro season striking out 79 in just 44 innings. He was pretty much unhittable allowing just a .154 BAA. He pitched across three different levels finishing the year in Double-A. He possesses a low to mid 90s cutter, mid 80s slider and high 80s changeup. He could move fast in 2022. Read more on Sprinkle here.

Jonathan Sprinkle (@JSprinkle47) struck out 3 over 2 scoreless innings last night. He hasn’t allowed an earned run since August 5th (22 K in 15 IP since) and has 79 K in 44 innings overall this season! #Astros pic.twitter.com/HlrxjQDsB2

Kessinger’s MLB bloodlines and fundamentals have had him on the radar for awhile, but he was sliding on draft boards a bit with a slow start to his junior season. He flipped the switch in SEC play, hitting .406, and ended up being selected in the second round. Kessinger has great hands in the field and good instincts, which allow him to play a solid shortstop and project around the diamond. He hasn’t hit for much power in his career thus far, but he’s a big 6’2″ and could potentially find more pop through swing adjustments. He struggled with the bat in 2021 but could still profile as a utility guy. 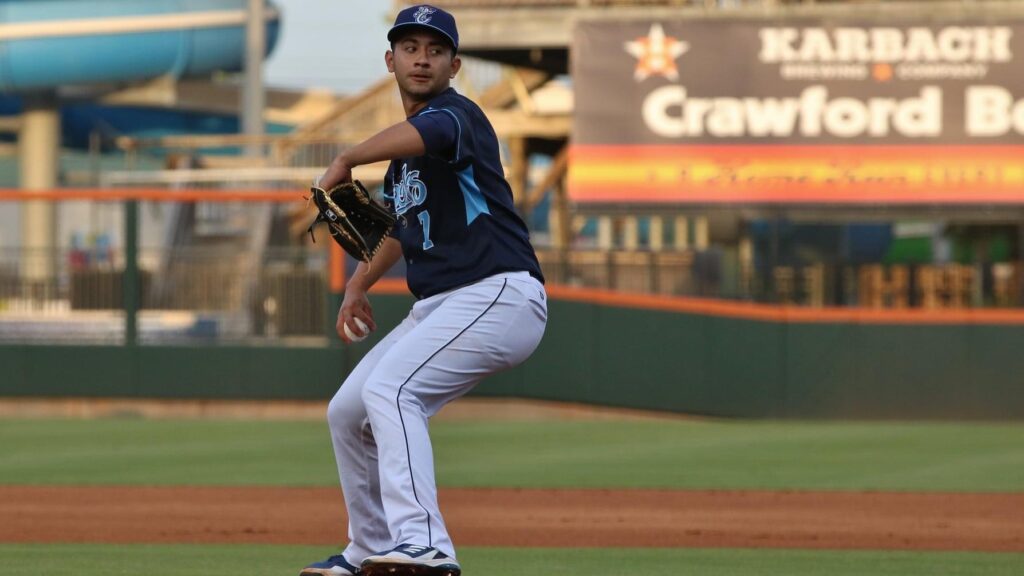 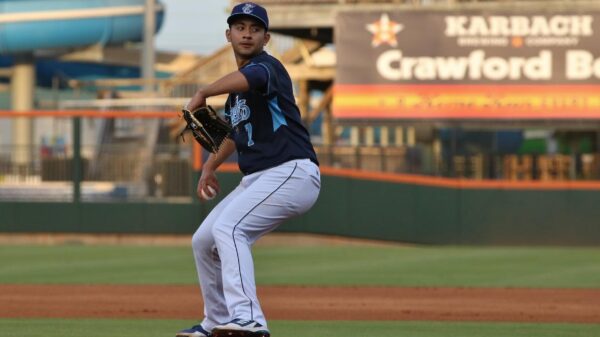 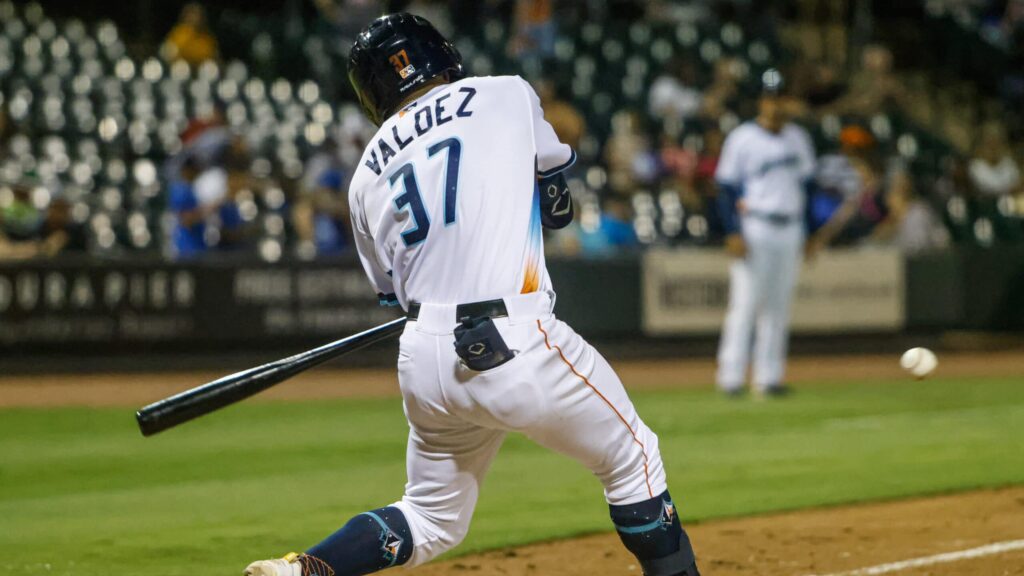 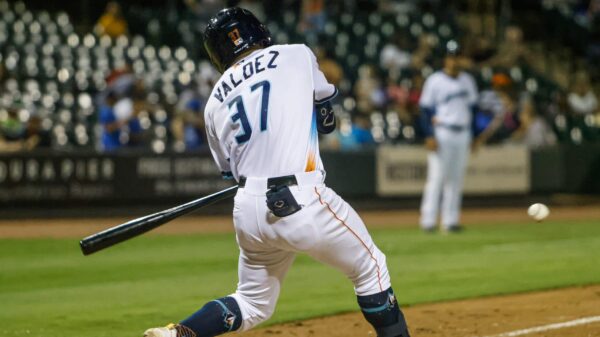 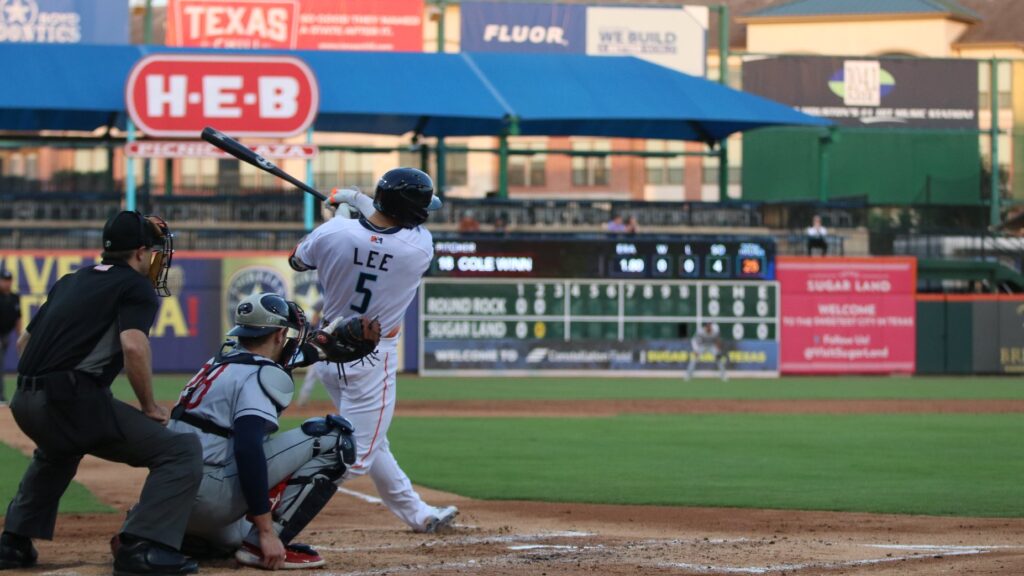 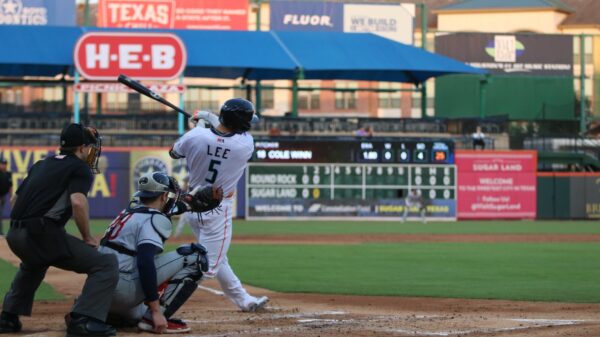