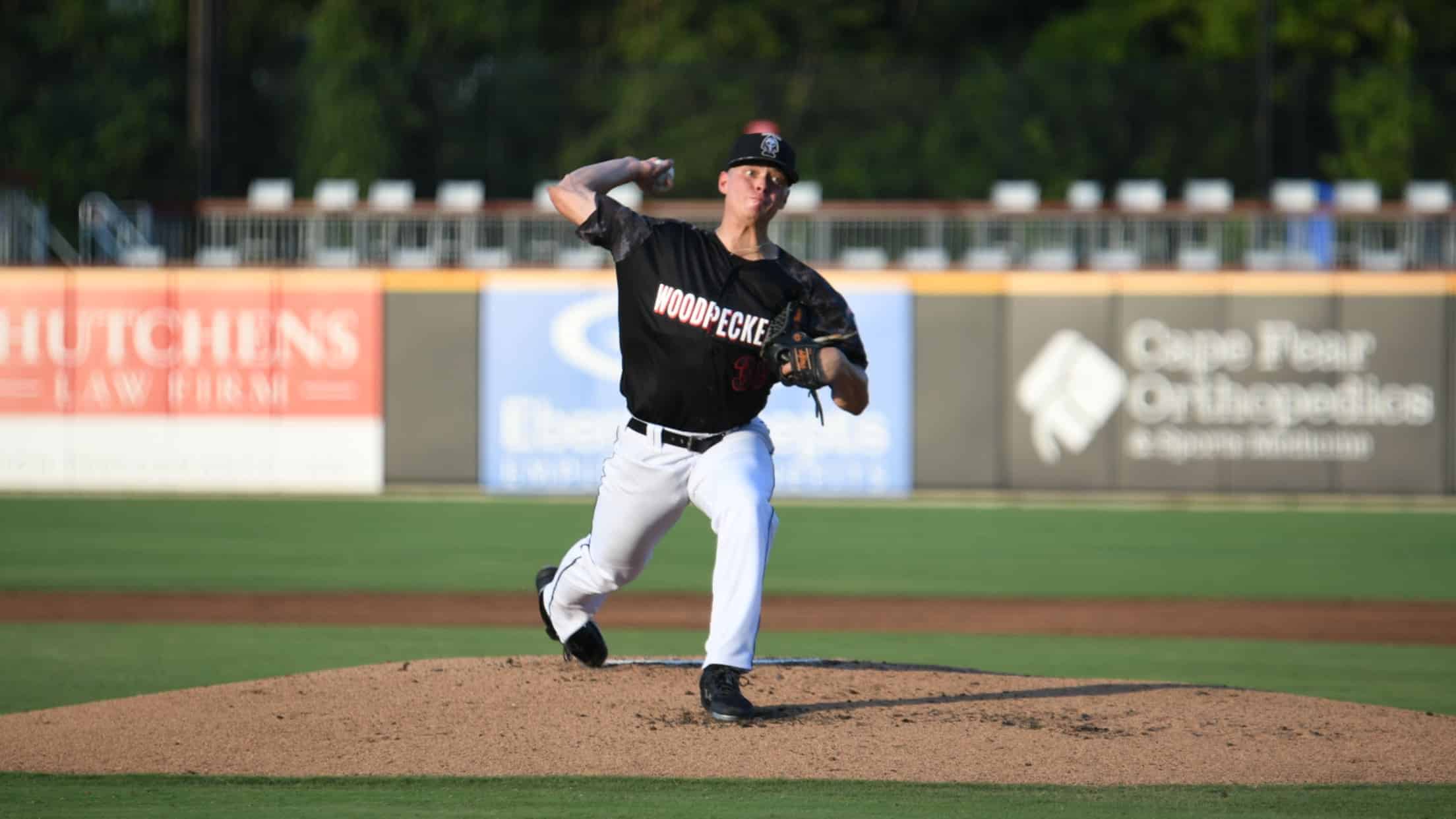 Opening his first Triple-A season in 2021, Austin Hansen crushed the pilot. The Houston Astros prospect threw 3.1 innings in relief for the Sugar Land Skeeters, striking out four batters and issuing one hit and one walk en route to a save.

Hansen was on trajectory to be evaluated as a Major League contributor in the following months, as he came off a non-roster invite to spring training. But not everything was smooth sailing. Hansen hit the rubber for a May 13 start, and he didn’t finish the second inning.

He gave it another go five days later out of the bullpen, and an injury struck. Hansen hit the shelf with right elbow discomfort, putting a pause into what looked to be his first charge atop the system. He attempted a comeback in July, appearing in six games, but was then shut down in early August. The pain was too much for Hansen, and upon further evaluation of his throwing elbow, Tommy John surgery was needed to keep his career alive.

“I came back, and I just wasn’t the same pitcher,” Hansen said. “And then, I just tried to pitch as long as I possibly could and then finally just couldn’t deal with the pain anymore.”

The 14-to-16-month recovery nixed any opportunities for Hansen to pitch in Sugar Land the following season. He lost another year of development, but he didn’t let the injury define him. One teammate, who was raved through the system for his leadership, offered a new mindset to Hansen.

Solomon was in Hansen’s boat in 2019. He missed the entirety of the season after undergoing Tommy John surgery, but he made his Major League debut two years later. Hansen, who was coming off a lost 2020 campaign due to the COVID-19 pandemic, was now without a 2022 season, too, though.

Hansen was one step away from the dream, but his injury put a pin in his development. Yet throughout the following days, he knew he couldn’t look too far ahead, taking the early stages of rehab one day at a time. With his injury coming in-season, Hansen felt like he wasn’t a part of the team anymore while working on his own at Constellation Field.

Even though he was still around his teammates, Hansen didn’t want to watch baseball. His roommate, Jeremy Peña, returned from a wrist injury soon after and crushed everything he saw in the Pacific Coast League. And in the back of his mind, Hansen contemplated what if he never injured his throwing elbow? Would he be on the 40-man roster today with other 2018 draftees?

“It took me a while to finally be able to watch baseball against without being almost sad about it,” Hansen said.

Due to COVID-19 travel restrictions, Hansen started his rehab process during the 2021 season in Sugar Land. And although he wanted to be on the mound for the Skeeters, he found a middle ground being around his teammates, rather than what he experienced in 2022 at the Astros spring training complex.

“Everyone you’re with is hurt so it’s like not the happiest place in the world, because we would all rather be playing,” Hansen said, regarding rehab in West Palm Beach, Florida. “But we ended up getting a good crew of guys, and we were able to make it a little bit better than it probably is for a lot of other people.”

On top of rehabbing with players in similar positions, Hansen gained strength from his supporting cast. From his girlfriend to his family to his faith, he mentally grinded through the process of feeling almost alone in his unique camp.

“There’s some times that you start questioning everything,” Hansen said. “I sat in a hotel room for nine months this year. And so you don’t have a couch, you don’t have a kitchen. You get back from the field, and you’re kind of forced to lay in bed, because you don’t have anywhere else to sit. So it can kind be hard.”

Blair Henley, who was a few weeks ahead of Hansen in the recovery process, was also a strong figure in Hansen’s return. All the rehabbing pitchers built a strong foundation for each other to make it back to their respective affiliates in 2023. And as he continued to see his fellow draft mates climb through the system and reach the Major Leagues, Hansen never had any thought of quitting what he started.

“It was motivating for me to watch all those guys and be like, ‘Alright, I need to get back to this level. This is where I want to be,'” Hansen said.

In his first two years of development, the Oklahoma product was efficient, punching out 173 batters in 124.2 innings of work and sporting a 2.03 ERA in the process. There was still promise in Hansen’s career, and after being starting to play catch in February, Hansen was cleared in September — just in time for him to face live batters in the Florida Instructional League. The righty made three or four appearances against younger prospects, before he was sent home for the offseason.

This winter, Hansen recently wrapped up his eighth bullpen in preparation for the start of spring training in late February. In the process, he dialed in his mechanics, since he didn’t pitch off a mount until July, perfecting his movement in regular throwing.

Similar to other pitchers in his situation, Hansen also added another weapon to his arsenal. His four-pitch mix consisted of a four-seam fastball, a slider, a changeup and a curveball, but it welcomed a cutter this past year.

“I think guys with big sliders that have a hard time throwing it for a strike will start throwing that cutter and start just stealing strikes with it, and then, you can tunnel them off of each other,” Hansen said. “But I would say that a lot of people I work out with from all different organizations are starting to throw cutters. It’s just one of those trends right now that you’re seeing in baseball.”

With a year and a half of rehab behind him, Hansen is itching to see the mound again. The Astros named Hansen a non-roster invitee Thursday, marking his second invite to Major League spring training in his career.

“I am looking forward to the opportunity to be able to showcase all of the hard work that I have put in over the last 18 months of rehab,” Hansen said. “I am really excited to be back out there on the field with the guys and be able to put on the uniform again.”

Hansen communicated with pitching instructors and coaches this offseason, sending them pitching videos from his first healthy offseason in two years. The now 26-year-old hurler is striving for a Major League chance in 2023, taking whatever opportunity he is given out of camp.