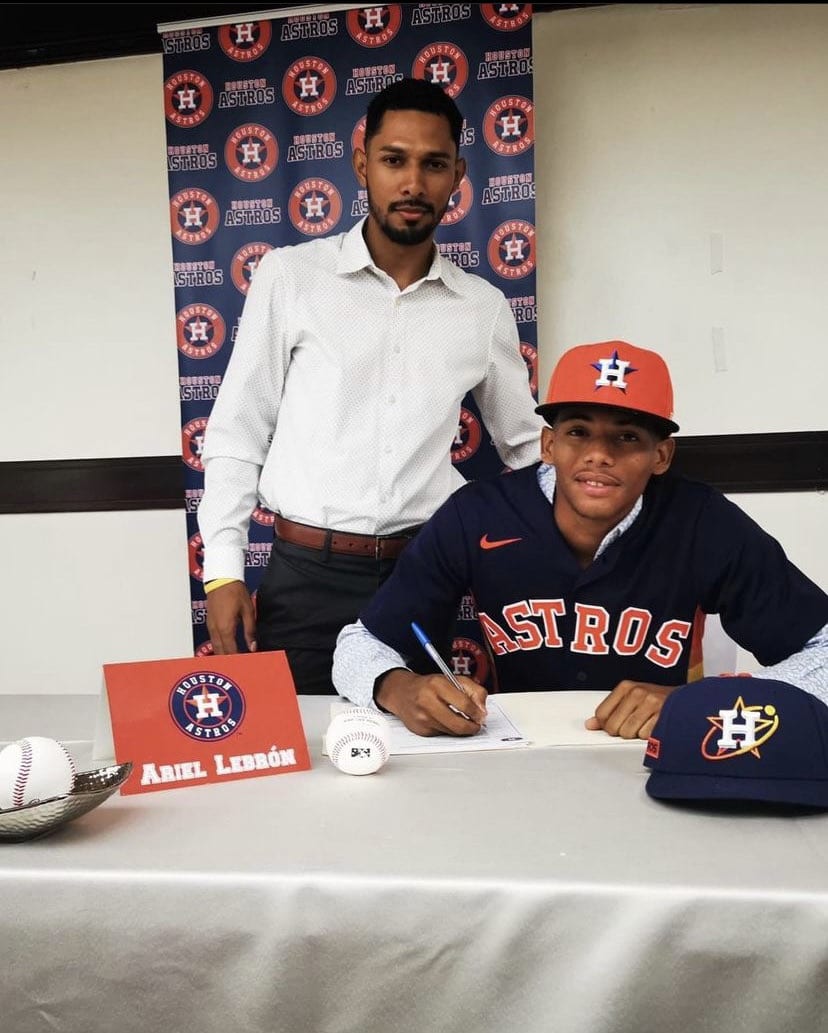 “For most of the Panamanian players, they develop a little bit later than most kids in the DR and Venezuela,” said Daniel Rodriguez, the Astros scouting assistant for Panama.

Rodriguez tagged Lebrón as a true center fielder, displaying impressive range and ability to track down fly balls. Scouts recorded a 6.3-second 60-yard dash for Lebrón, who is also flashing arm strength of 90-mph throws from the outfield.

“His speed allows him to miss read some fly balls and still get under the baseball with plenty of time,” Rodriguez said.

Lebrón measured out at 5-foot-11, 148 pounds, looking to put more weight into his growing frame. The Astros are looking for him to add 15-20 pounds, once he enters the system this spring. There, the organization is hoping to develop more power in Lebrón’s swing. As more of a contact hitter with the ability to spray to all fields, the righty splits gaps with authority, consistently barreling  pitches and flashing occasional pop.

Aguilar’s best tool is a precise fastball to both sides of the plate, touching 89-90 mph with vertical break. Complementing his first option is a “pretty good-shaped” curveball — which is crossing home plate with 2,300-2,400 rpm. Aguilar profiled as a starting pitcher to scouts, while seen as a late bloomer and as a sleeper pick in his 5-foot-11, 176-pound build.

“He can pitch in difficult situations, in tough situations,” Rodriguez said. “He knows how to keep his composure when in trouble or when infielders make an error or whatever. He’s just a true competitor.”

Right-handed pitcher Jose Albert Rivera pitched off a mound this offseason, after missing the entirety of the 2022 season with an undisclosed injury, following just five outings in 2021. A former top-30 prospect, the 25-year-old pitcher was selected by the Los Angeles Angels in the Major League phase of the 2020 Rule 5 Draft but was later returned to Houston.