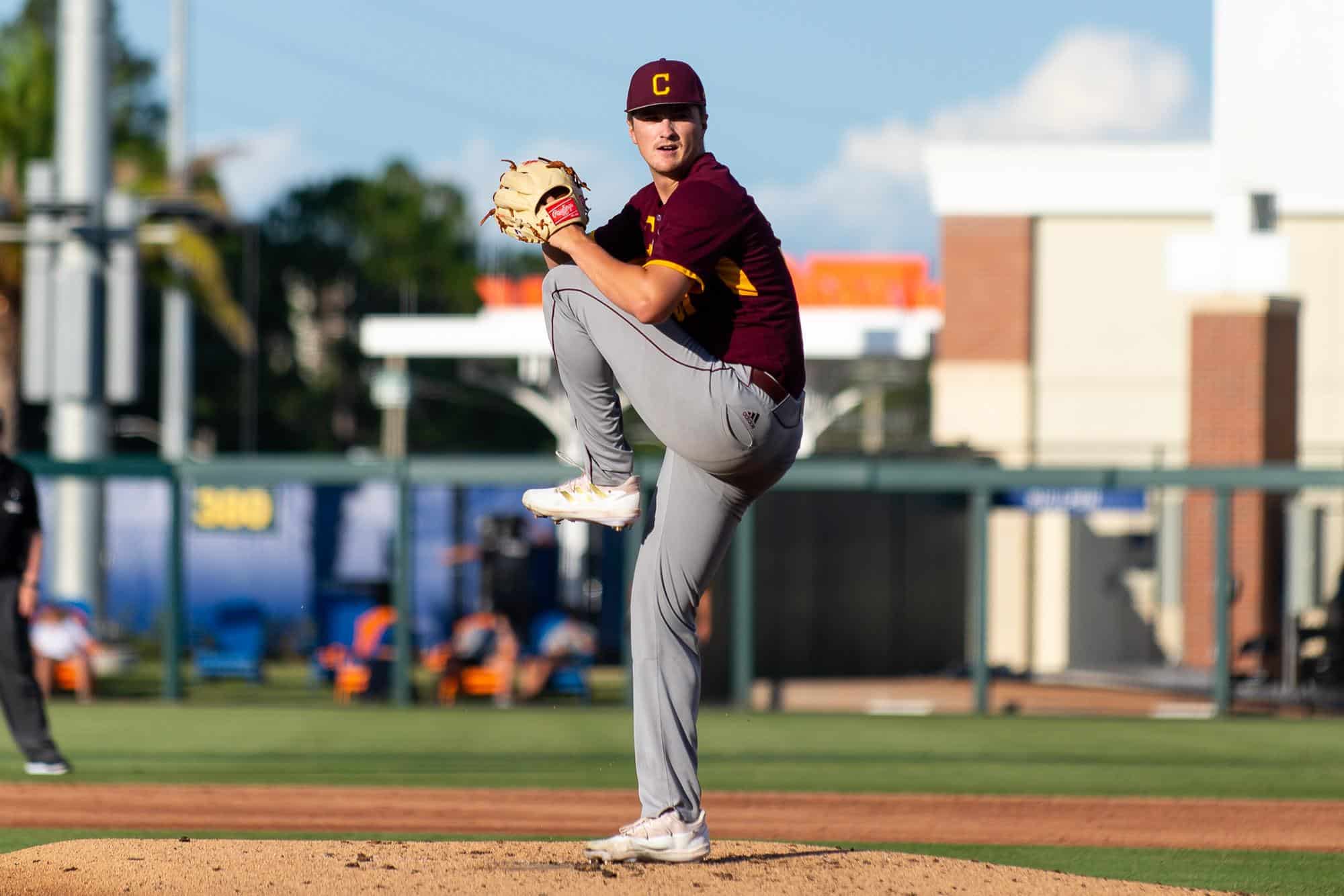 Andrew Taylor was quick to buy into the Houston Astros. Following three seasons at Central Michigan, the 21-year-old hurler was poised for the next step, as he was taken off the board in the second round this past summer.

Signing at Minute Maid Park in late July, Taylor arrived in West Palm Beach, Florida, soon after, but he didn’t hit the rubber in the Florida Complex League like many of his fellow draftees. The staff was cautious with all new arms entering the system, and Taylor was one to take a step back following his arrival.

The process was new for Taylor. He was now a professional baseball player, and it hit him quickly. From addressing coaches by their first name to the adrenaline of pitching on a new stage, Taylor saw himself ready to attack each day differently then he did a few months prior.

“I didn’t need any caffeine any day. I was just ready to rock and roll, ready to go, because it’s new, it’s exciting,” Taylor said. “I didn’t need the energy drinks that I was drinking in college, because I was so excited to be there everyday.”

But his excitement and commitment didn’t pave a path to an affiliated opportunity in 2022. The Astros were more focused on his preparation for the following season and not as much on roughly a month of games to play.

Due to a few obstacles Taylor faced in his season at Central Michigan, Houston moved him slower. Overuse and overthrowing threw a wrench in his progressions come August, limiting his opportunities until the Florida Instructional League in late September.

There wasn’t an innings limit reached in 2022, but Taylor was hitting 94 mph in his first year removed from losing a season in 2020 due to the COVID-19 pandemic. It was going from nothing to everything, and Taylor started to feel the soreness of the jump in his third collegiate season, looking to avoid an injury popping up again.

Even though he didn’t receive the call to pitch in the Florida Complex League, Taylor wasn’t down about missing the chance to show off his arsenal. He was continuing to be a student with a new set of teachers at his disposal.

“One of his best qualities that he’s had since the day he showed up is he has been an absolute sponge,” said Sean Buchanan, the Florida Complex League Astros Blue pitching coach. “He’s a guy that I think is just scratching the surface of what he’s going to be capable of doing within our organization.”

Some prospects are sat down and explained why they need more attention at the Florida complex rather than advancing to Single-A. It’s a mental block for a few, but for Taylor, he was always locked into what the Astros planned for him.

“That might be a little difficult to deal with mentally, because of course, everybody wants to move up as fast as possible,” Buchanan said. “But he handled it in stride. And he was great. And he worked incredibly hard every single day at the complex.”

Off the bat, Taylor was throwing two bullpens a week. The righty was finding more of a feel for his pitch selections, as he threw his fastball nearly 85% of the time in college, because “it worked.” After his arrival, though, Taylor was evolving his pitches to the system’s vision.

Taylor was raved for his “invisible” fastball out of college. But scouts were also impressed with the other components of his arsenal — which included a changeup, a curveball, a slider, a cutter and a splitter.

“The big things that we pounded out was the slider getting more sweep, more horizontal movement on that as opposed to kind of like a slurve,” Taylor explained. “And then with the curveball, throwing it, trying to throw it a little bit harder and trying to get a little more 12-6 movement on it.”

Taylor was looking for separation between the two pitches, finding a difference in the way it crossed the plane. For the cutter, it’s still a work in progress. The Astros added a hop cut to it, moving left of Taylor’s glove side in contrast to his fastball that goes to his arm side.

“Even days that I took off throwing, I still did a little bit with some back shaping drills just to keep that feel, keep the leverage on the ball,” Taylor said.

It was a mental rhythm that Taylor found consistency in with his cutter. And he got the opportunity to show off the pitch and his complete arsenal in the Instructional League that started in late September, consisting of newly drafted and signed players along with others looking for more reps.

With one live outing under his belt from a previous practice, Taylor threw two innings in the Instructional League on a hard-cap, 20-25 pitch count. Unfortunately, Buchanan wasn’t there to see it, like he was for every other pitcher in the 2022 class.

Buchanan suffered a left facial fracture, after being struck by a baseball in a practice. As one of the Florida complex pitching coaches, he was present for those professional firsts for much of Taylor’s group.

“I got to do that with a bunch of the guys here. It’s a special moment,” Buchanan said. “I hand them the ball after their first strikeout or send them out on the mound for their first pro appearance.”

Taylor’s first professional go ended following instructs, and he departed for home in Grand Rapids, Michigan, soon after. But he was still focused on the plan at hand, and this offseason, he took back to his old stomping grounds at Diamonds Sports Training Academy in his hometown.

The keys were in his hands to the facilities, as ownership let him train anytime of the day. Putting in his earbuds and focusing on his workout regimen, Taylor usually threw by himself into a net and other times with professional players and college players, who came home during time off.

“It’s really been a lot of learning about myself this offseason,” Taylor said. “I really had to learn a lot more about self motivation, and on those days that you don’t want to go in, still go in and get it done. It’s all gonna be worth it when the season comes around.”

The offseason is much longer on the professional circuit compared to the one or two months granted off by college and summer teams. The Astros are tuned in with all their prospects, too, even in the time away. Taylor keeps track of a throwing program monitored by coaches in an Excel sheet and of his weight lifting on phone application.

The spreadsheet ends Feb. 24, leaving the next date marked as “spring training live” on March 3. Taylor plans to travel down Feb. 25 to West Palm Beach, Florida, unless told by the staff to arrive on another date.

“I don’t know honestly what to expect,” Taylor said. “It’s all very exciting, and I know the Astros have a very strong farm system that propels them forward, obviously to win championships, to win a World Series.”

Taylor doesn’t know where he will start the 2023 season, and Buchanan doesn’t want to speculate where any player or any coach would start the year. But Buchanan believes Taylor is just getting started, and spring training will be a big identifier of where he’s shown growth.

“He’s gonna have every opportunity that’s for sure,” Buchanan said.