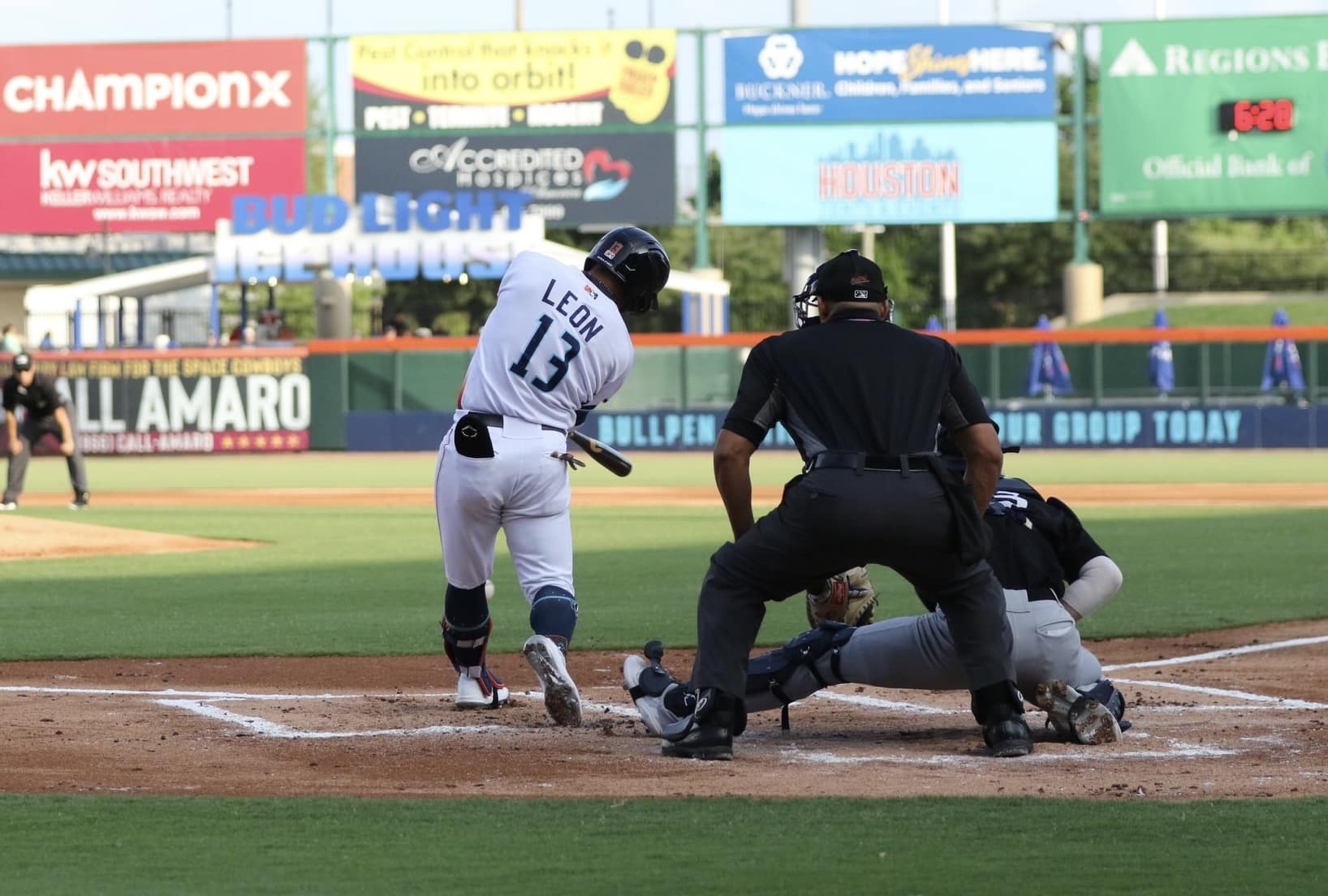 Pedro León took the offseason as a springboard for a Major League opportunity in 2023.

The Houston Astros No. 4 prospect continued his 2022 campaign into the Puerto Rican Winter League, where he was managed by Astros hitting coach Alex Cintrón to start the season and coached by minor league hitting coordinator and 2022 Triple-A Sugar Land hitting coach Rafael Peña.

All the resources were present for León, but the righty couldn’t find a groove like much of the Cangrejeros de Santurce roster. Through a minor injury, he has slashed .190/.262/.358 in 32 games, slapping seven extra-base hits.

León struck out roughly 31 percent of those 108 trips to the plate though, showing plate discipline is still needing improvement heading into his third minor league season. But his underperforming slash line wasn’t irregular in relation to the Cangrejeros roster.

Of the 26 players, the average OPS was .555 as of Tuesday — which marked the club’s 49th contest of the season. But what drew León’s name back into discussion was a home run he crushed Tuesday against the Leones de Ponce.

Corner outfielder and first baseman Norel González posted a .689 OPS through his first seven games. He was traded to the Miami Marlins in March 2022 for cash considerations, following one season in Houston’s system.

Ronel Blanco is the talk of the town regarding Astros pitching prospects this winter. Taking a fifth offseason to the Estrellas de Oriente of the Dominican Winter League, Blanco is leaving his mark in the scoreless inning category, climbing to 48.1 over the last two seasons, including the playoffs.