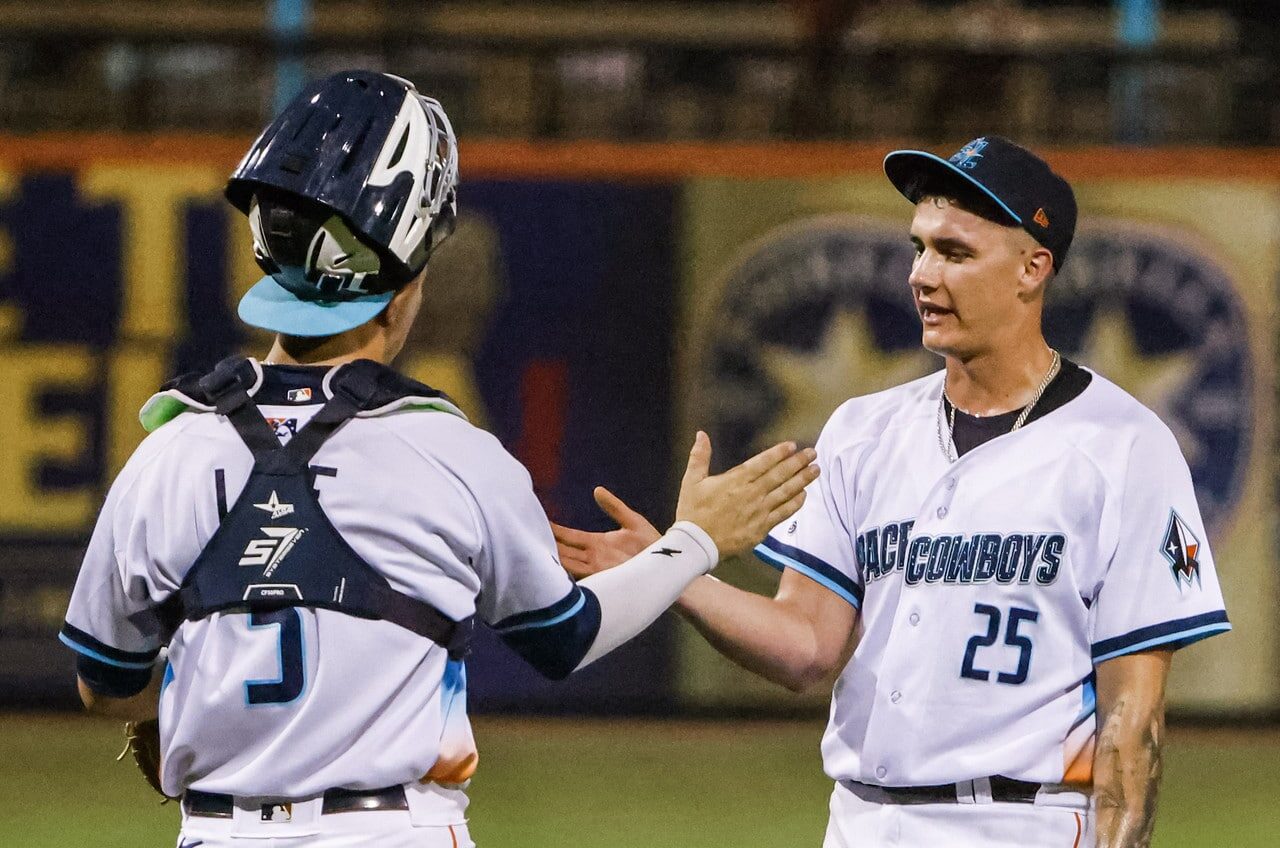 Let’s take a look at the best performances in the Astros system in August.

Lee struggled a bit to start the season but really turned it on in August. The right hander slugged 10 HR and drove in 26 runs in just 21 games. This was good for a 156 wRC+ and something that many wanted to see, Lee driving the ball in the air.

Brown put together another dominant month, this time posting a 2.45 ERA with 28 K in 25.2 innings. He was nearly un-hittable allowing just a .140 BAA and had a WHIP of just 0.82 as he earned a call-up to the big leagues.

Whitcombb started the season well and fell off a bit but together a strong month of August posting an OPS of .973 in 24 games. He finished with 7 2B, 7 HR and 7 SB on his was to his best month of the 2022 season.

Bravo has been a steady starter for the Hooks this season and in August he had one of his better months posting a 3.05 ERA over 20.2 innings. He also only walked 2 keeping his WHIP below 1.00, which led the Hooks’ staff.

Loperfido has been really good this season and put together a monster month of August. The lefty hitter batted .381 with an OPS of over 1.000 in 23 games for Asheville. He showed why he is considered one of the more advanced bats in the system.

Brown has been a consistent starter for Asheville and pitching well since the beginning of July. He had a really good month in August posting a 2.89 ERA in 28 innings while walking just 5 hitters. He had the lowest WHIP of any pitcher in Asheville with at least 15 innings pitched.

Melton joined the Woodpeckers offense and immediately started hitting. The 2022 second rounder batted .351 with 8 XBH in just 14 games during the month of August posting an OPS over 1.000 for Fayetteville.

Batista was here for July but I had to have him here for August too. The right hander posted a 1.02 ERA with 26 K in 17.2 innings for the Woodpeckers before being promoted to Asheville where he tossed 5 no-hit innings. Dominant numbers from the 20-year-old.