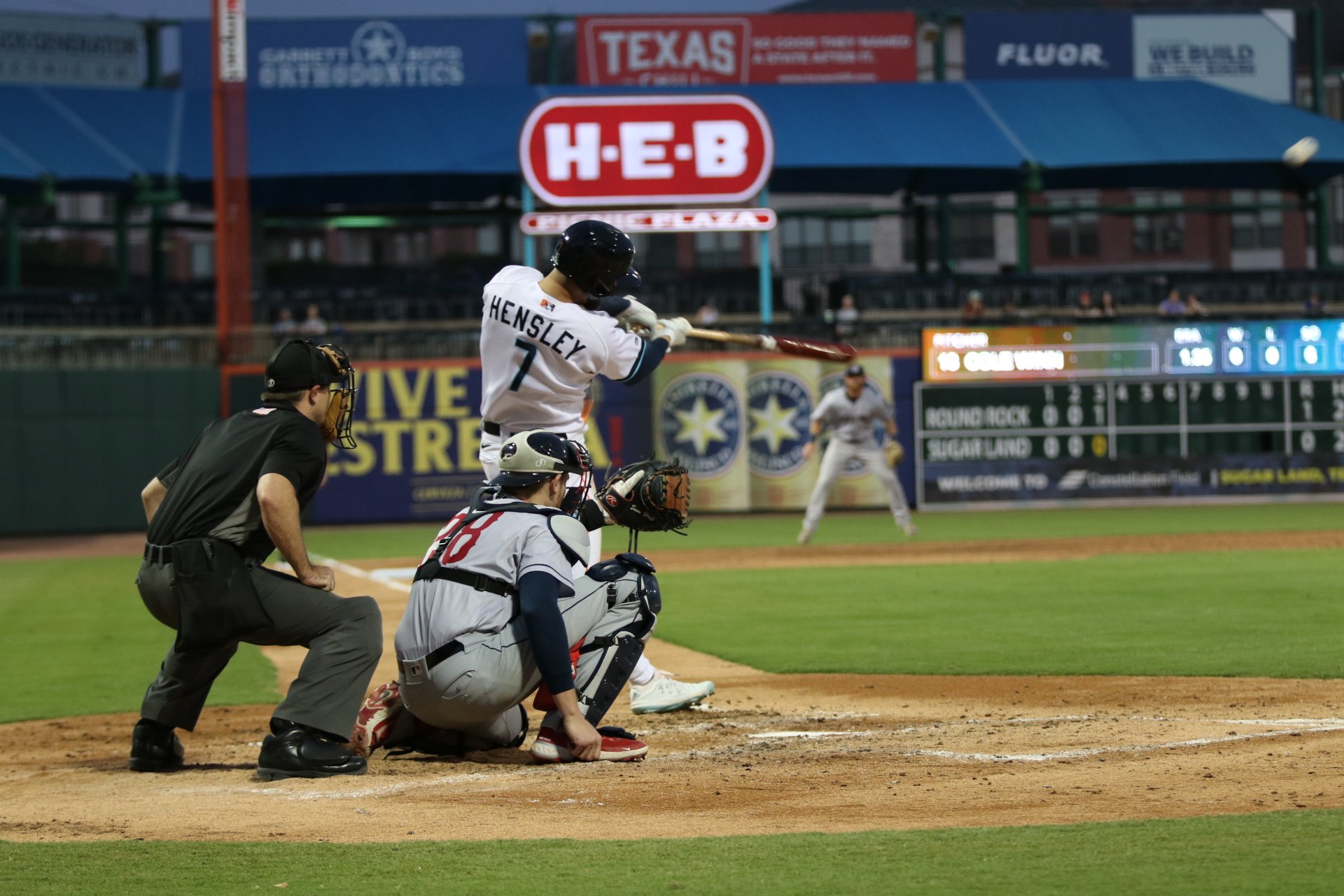 Ever since making his big-league debut back in August, David Hensley has slowly carved himself a role in the Astros lineup. The utility player out of San Diego State has continued to produce since being called up. Hensley’s sample size is quite small only seeing 23 AB’s but he’s batting .261 with a .718 OPS.

The Astros have always had a utility player to rely on going back to Marwin Gonzalez, now Aledmys Diaz, and potentially Hensley for the future. Hensley has played short stop, third, and has found himself in the DH spot as well. His size also sticks out being 6’6, which puts him up there as one of the larger players on the team.

Hensley was drafted back in 2018 in the 26th round and has quickly moved up in the Astros system. He started the season with Triple-A Sugar Land and had his best season in the minor leagues. He batted .298 with 10 HR, 57 RBI, and 20 SB. In the minor leagues, he found himself playing all over the diamond and has seen time at nearly every infield and outfield spot during his career.

Having a utility player on the roster is great insurance for Houston, especially heading into the last part of the season. While it is unlikely for Hensley to make the Astros postseason roster, it is important to see if he can have a consistent role on this team moving forward. Diaz is in his last year of his contract with Houston and the team could move forward with a younger guy like Hensley. With the Astros already clinching the AL West and a first round playoff bye after Monday’s 4-0 win over the Tampa Bay Rays, it seems probable that Hensley and some of the younger players will have an opportunity to showcase themselves before the season ends.

In this article:astros, David Hensley, Houston