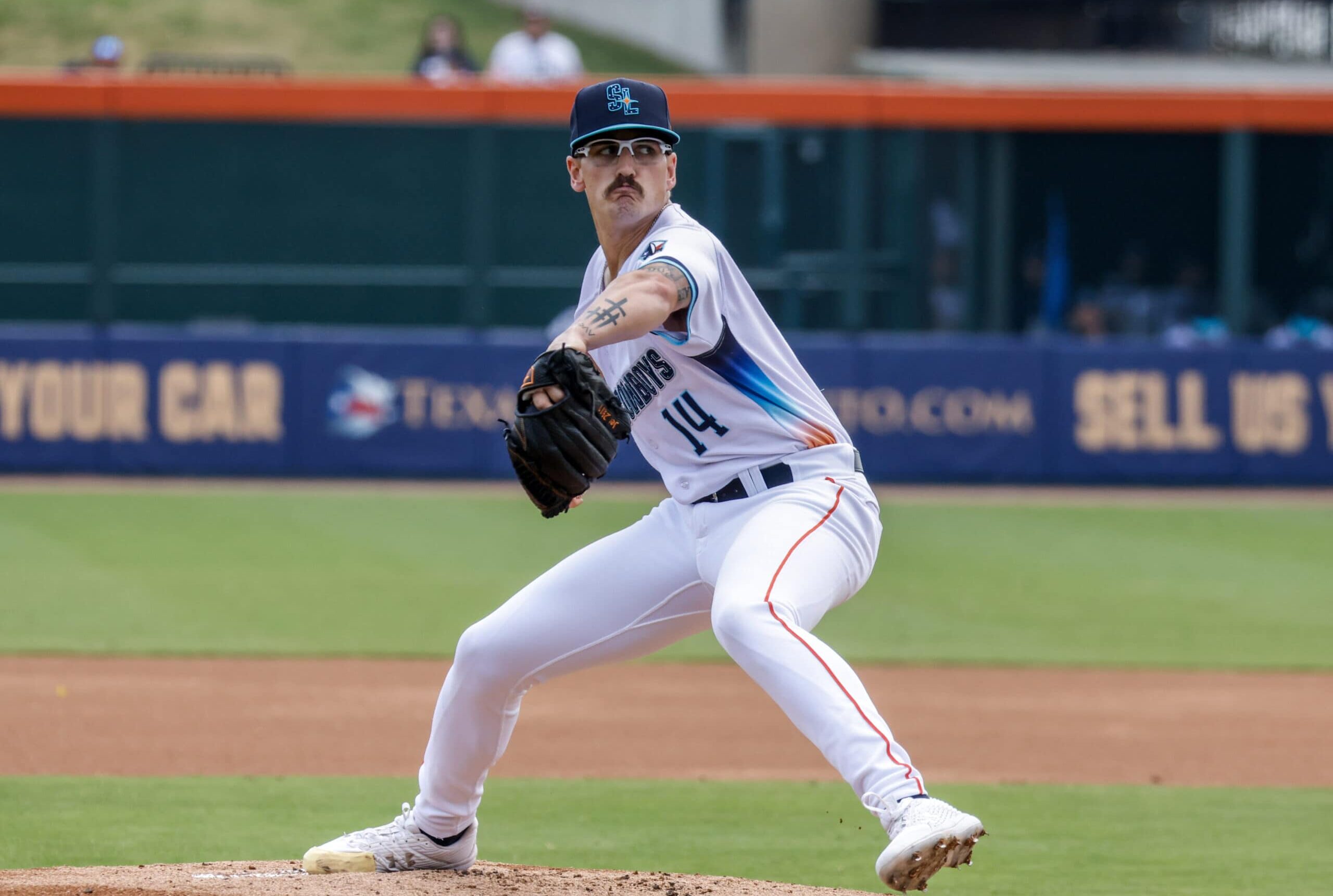 Back in the 2018 draft the Astros took a pitcher, J.P. France, out of Mississippi State in the 14th round of the draft. France was a starter his first few years in college but in his final season, he pitched out of the pen for the majority of the season. The Astros drafted him and employed him in the piggy back system where he started 20 of 25 games he appeared in in 2019.

In 2021, France experienced a breakout season between Double-A and Triple-A posting a 3.79 ERA with system leading 157 K in 114 innings. France started the 2022 season in Triple-A and after a slow start, really turned it on in June with a 2.92 ERA. The Astros major league team has a plethora of starters and still some other guys who are close like Hunter Brown.

France’s last three year appearances have been out of the bullpen, and they have gone really well striking out 15 over 9 innings while not allowing an earned run.

“They moved me to the pen this year to see how I perform,” France said. “Just another possible avenue they could take to get me up there.”

Fortunately, he has some familiarity pitching out of then pen. 23 of his 25 appearances his last year in college were out of the pen and out of his 85 games he’s appeared in the minors, 32 have been out of the pen. But this stretch is different has he has been more focused on shorter outings.

“Pitching out of the pen is definitely different, but its not too bad. I knew that if I were to debut it would probably be out of the pen so better to get used to it now than later,” France said.

Sometimes the pen helps guys out. Countless examples of a starter converting to a reliever and having sustained success at the big league level. Some pitchers like Chris Devenski and Bryan Abreu have recently had success doing so. Their repertoire will play up at times too, and France has already been up to 95 MPH with the fastball this season.

“I am still pitching with my whole arsenal. By letting me do that, I feel like it does have the potential to play up with only having to go through the lineup once in comparison to a possible three times,” France said. “But throwing 1-2 innings at a time is nice,” he added.

France is another arm in the long line of arms developed by the Astros organization. They have been the best at doing it and may have another stud reliever on the way in France.