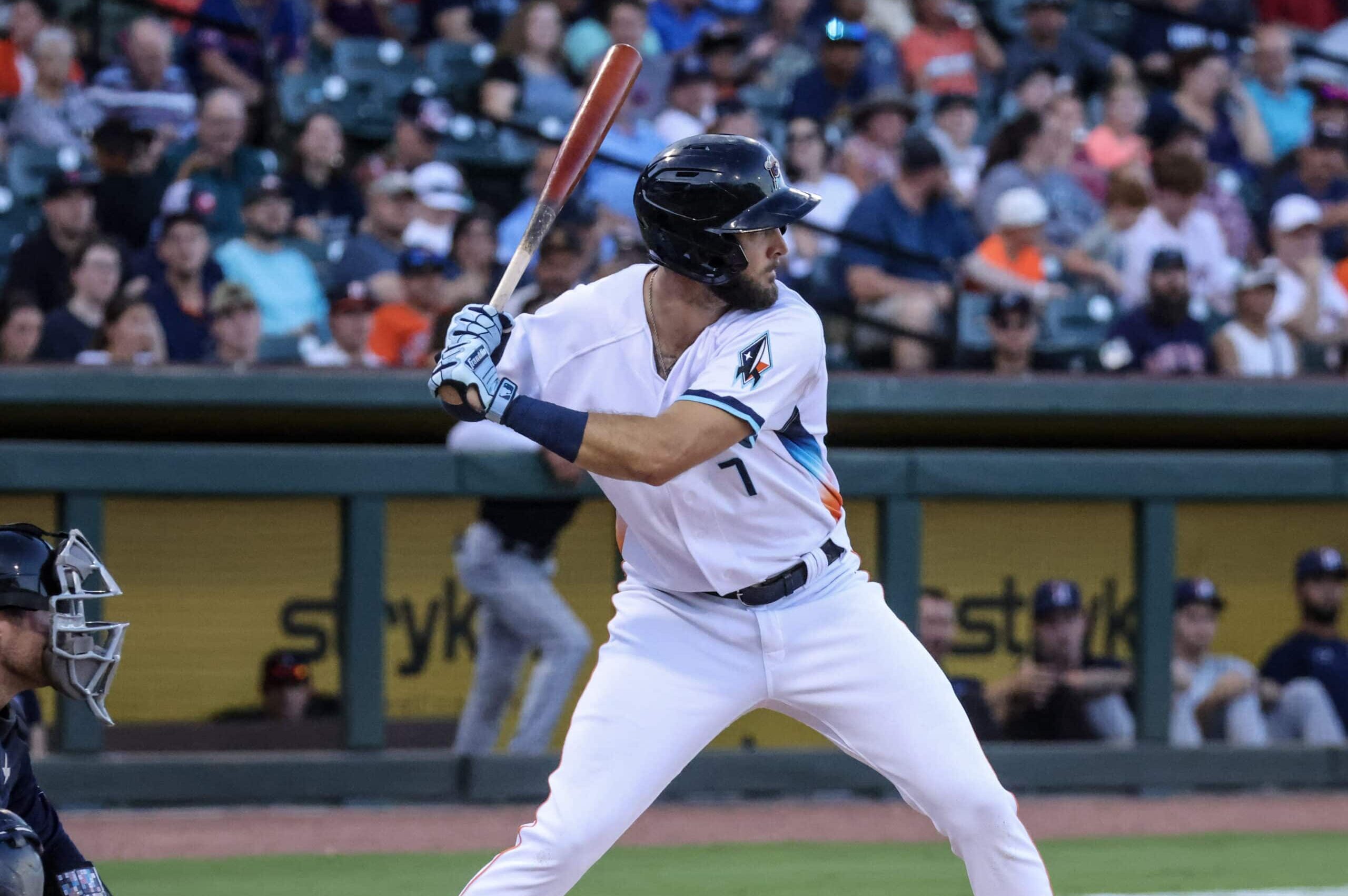 One of the beauties of baseball is the multitude of ways a player can find themselves in professional baseball and competing for a chance at a major league spot. There is international free agents, the draft and undrafted players sign too. Prior to COVID, the draft was 40 rounds. Now, the draft is capped at 20 rounds. While that is still a lot of players, it makes it a little bit harder to find those diamond in the rough guys. The Astros found one in David Hensley, a 26th round pick from 2018.

As noted in a previous article here, Hensley has defied the odds just making it to Triple-A as a 26th round pick, but he is also putting together a really good season for the Sugar Land Space Cowboys. The right-hander is slashing .296/.418/.478 with 29 2B, 10 HR, 20 SB, 77 BB in 100 Triple-A games. The walks are really a head turner at this point as he boasts a 17.1 BB% this season, easily a career high.

“I think the walks have come from a good understanding of what I’m trying to do as a hitter and understanding what the pitcher is trying to do to get me out,” Hensley said. “Seeing the ball up in the zone has given me an advantage of laying off the soft stuff down, which is something I struggled with previously. Also, with the ABS (automated strike zone), there is a definitive line and with enough at bats, you really start to understand what a strike is and what isn’t. No more in between calls,” he added.

Earlier in the season, Hensley talked about tapping into his power to the pull side. This season he has posted the highest slugging percentage (.478) and highest isolated power, or ISO (.183), of his minor league career.

“Driving the ball to the pull side isn’t as much of a plan for as it is something I wanted to unleash in my game,” Hensley said. “I’ve always had great opposite field hitting but would throw away at bats by trying to hard to get inside the ball. I worked this off-season and in spring on making contact out in front of the plate and not necessarily pulling the ball, but rather allowing for more damage to be made with my barrel out in front. If I pull it, I pull it, but I’m really trying to barrel the ball between the gaps and hit the fastball hard,” he added.

Hensley has played all over the field for the Space Cowboys this season. He has played 31 games at shortstop, 24 games at third base, 21 games at second base, 18 games at first base and 6 games in left field. The versatility is huge, especially with Aledmys Diaz being a free agent following the 2022 season.

“I truly believe that playing multiple positions is something that is going to help me get to the big leagues. I take pride in being able to go out there every night at a different position and compete at a high level,” Hensley said. “Some may say that I don’t have a true position, but I don’t believe that. I’m not an infielder or an outfielder, I’m a baseball player and anywhere a team needs me I can make it happen for them. I think it brings value to me as a player and would bring value to a team in need of someone who can fill multiple roles.”

Hits for average, draws walks, steals bases, has some pop, plays multiple positions? Seems like the ideal utility guy right now. Hensley will have to be added to the 40-man roster at some point to avoid being selected in the Rule 5 Draft and that addition may come sooner rather than later.