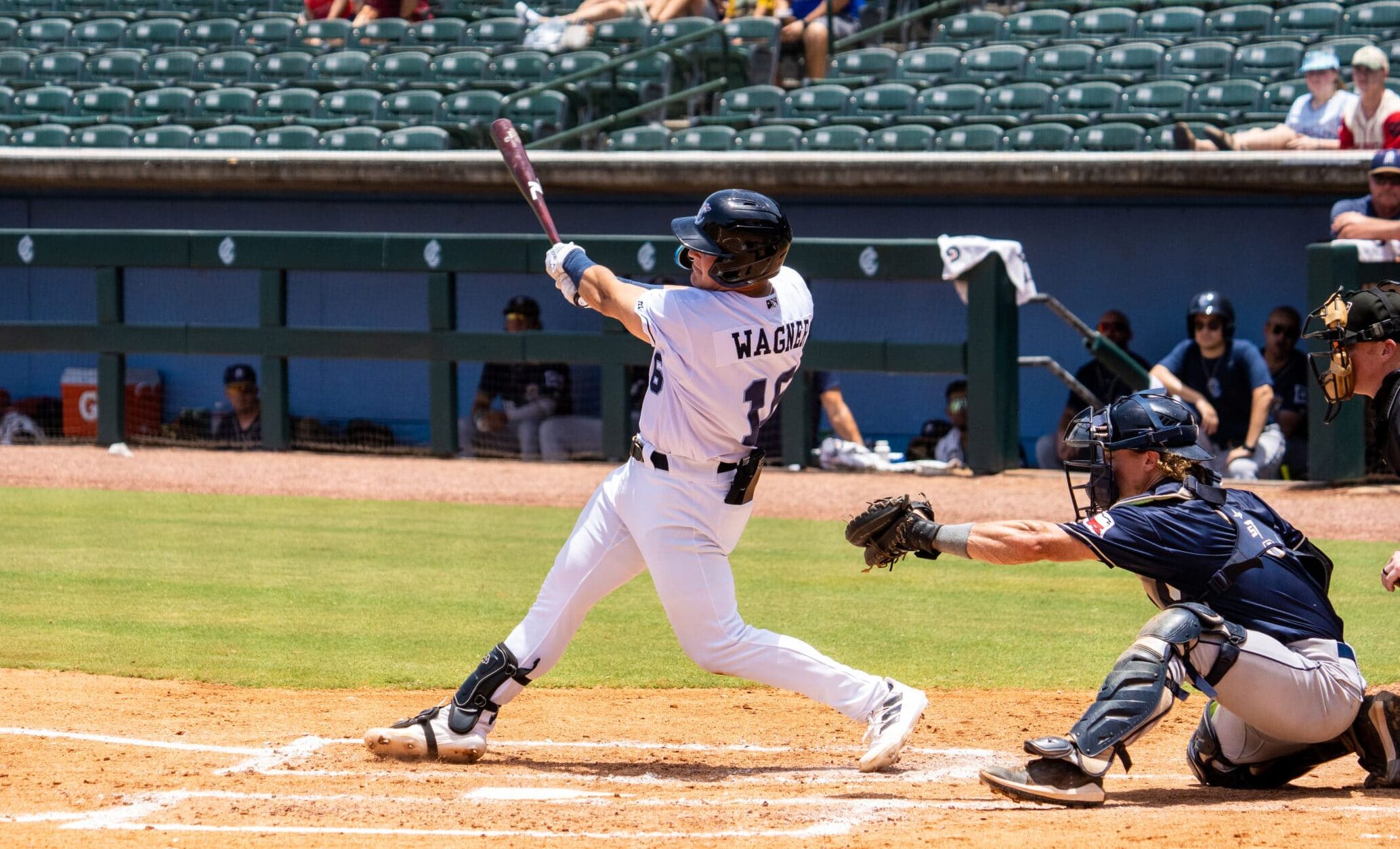 Back in the late 1990’s and early 2000’s, the Astros had a dominant bullpen at times led by closer Billy Wagner. Wagner pitched in 464 games for the Astros racking ups 225 saves and 694 K in 504.1 innings. Fast forward 18 years since his last appearance in the Astros organization and there is another Wagner in the Astros system, Billy’s son, Will Wagner.

Will Wagner was born Houston in July of 1998, while Billy was still pitching for the Astros. Billy would go onto pitch for another 12 seasons with the Astros and different organizations.

Despite being born in Houston, Wagner grew up in Virginia and would go on to attend Liberty University in Lynchburg, Virginia. Wagner put together a good sophomore season hitting .305 with a .826 OPS and good summer league numbers behind that (.973 OPS in 38 games in the New England Collegiate Baseball League). Unfortunately, his junior season didn’t go as planned.

“My junior year I actually ended up getting hurt in the beginning of the year and I was coming back the next game when the season got cancelled (due to COVID). So if I played well enough I was going to come out. I also got offered a bunch in free agency but I wanted to go back to school,” Wagner said.

Wagner went back for his senior season and had the best season of his college career slashing .333/.399/.538 with 7 HR, 52 RBI in 53 games for Liberty. The decision to return to college appears to be the right one as Wagner would end up getting selected by the Astros in the 18th round of the 2021 MLB draft. Though the selection was different than what you would expect.

“I got a text and then a scout called me and was like ‘we are thinking about drafting you in the next round’ and I was like ‘oh really.’ I had barely talked to the Astros, I talked to them maybe one time. When he called me I was like ‘thank god someone is going to pick me’ I was getting worried for a little bit,” Wagner said.

“Funny thing is my dad was out mowing and doing stuff on the farm and them my mom was in the kitchen. We weren’t really paying attention to the draft at that point.”

It wasn’t the typical selection where he got a call and they told him he was selected. Wagner found out through a different manner. “My girlfriend actually found out first because she was looking on the tracker and she was like ‘oh you just got drafted’ and I didn’t even get a call that I got drafted or anything. I just saw it on my phone. My mom had to call my dad and there were a lot of tears, a lot of joy,” Wagner said.

Despite his father being an All-Star pitcher, Wagner has always played in the field and been a hitter. So far in the Astros system, Wagner has shown off his versatility playing first base, second base, third base and shortstop. I asked him what position he is most comfortable at right now and he said “Probably right now, third base. I really enjoy third base. I know I played a lot of second base in college but third base I have really enjoyed so far.”

The players are always working on something. Always finding a way to get better and improve. Right now, Wagner is working on his adjustment to Double-A.

“I actually just added in a toe tap for Double-A just because I was hitting really good in High-A with a leg kick, but I came here and I was hitting ground balls because my bat angle was too flat,” Wagner said. “We wanted to get more on time so we added a toe tap in and it’s been working. I’ve been barreling balls, just no luck right now. But we are getting there which is fun,” he added.

Having a father that has been through the minor league grind and played baseball at the highest level can be a benefit for someone like Will. Someone to talk through the ups and down.

“He has a lot of feel with that. He’s always there for me. Like last night, I had a 30-minute phone call just talking about the game and like ‘man I feel like I’m so unlucky right now’ and he just says keep swinging it and if you’re finding barrels that’s all you can do. He’s just really positive with me all the time and I appreciate it,” Wagner said.

Last year in a blowout loss, Wagner was able to take the mound for the Fayetteville Woodpeckers. In the game, he tossed 1.1 scoreless innings and picked up 2 strikeouts. But pitching wasn’t really anything Wagner has done before at a high level.

“I was just throwing fastballs like 78-81 MPH maybe. I’ve never really pitched much. I only pitched in little league. I’ve never been interested in pitching at all, I’ve always been a hitter,” Wagner said.

Billy would go on to post a career 2.31 ERA with 422 saves (6th most all-time) and 1196 strikeouts in 903 innings. Will now has a 0.00 ERA in professional baseball. Something he can hold over the former All-Star. “I was telling him (Billy) how easy pitching was, like ‘it’s so easy being a pitcher.’ I should have pitched more.” Wagner said with a laugh.

Following someone’s footsteps is never easy, especially when you father is a 7x All-Star and one of the best closers of all time. But Will has carved his own path in the Astros system so far making it to Double-A in just his second minor league season. His journey to the big leagues will be fun to watch.