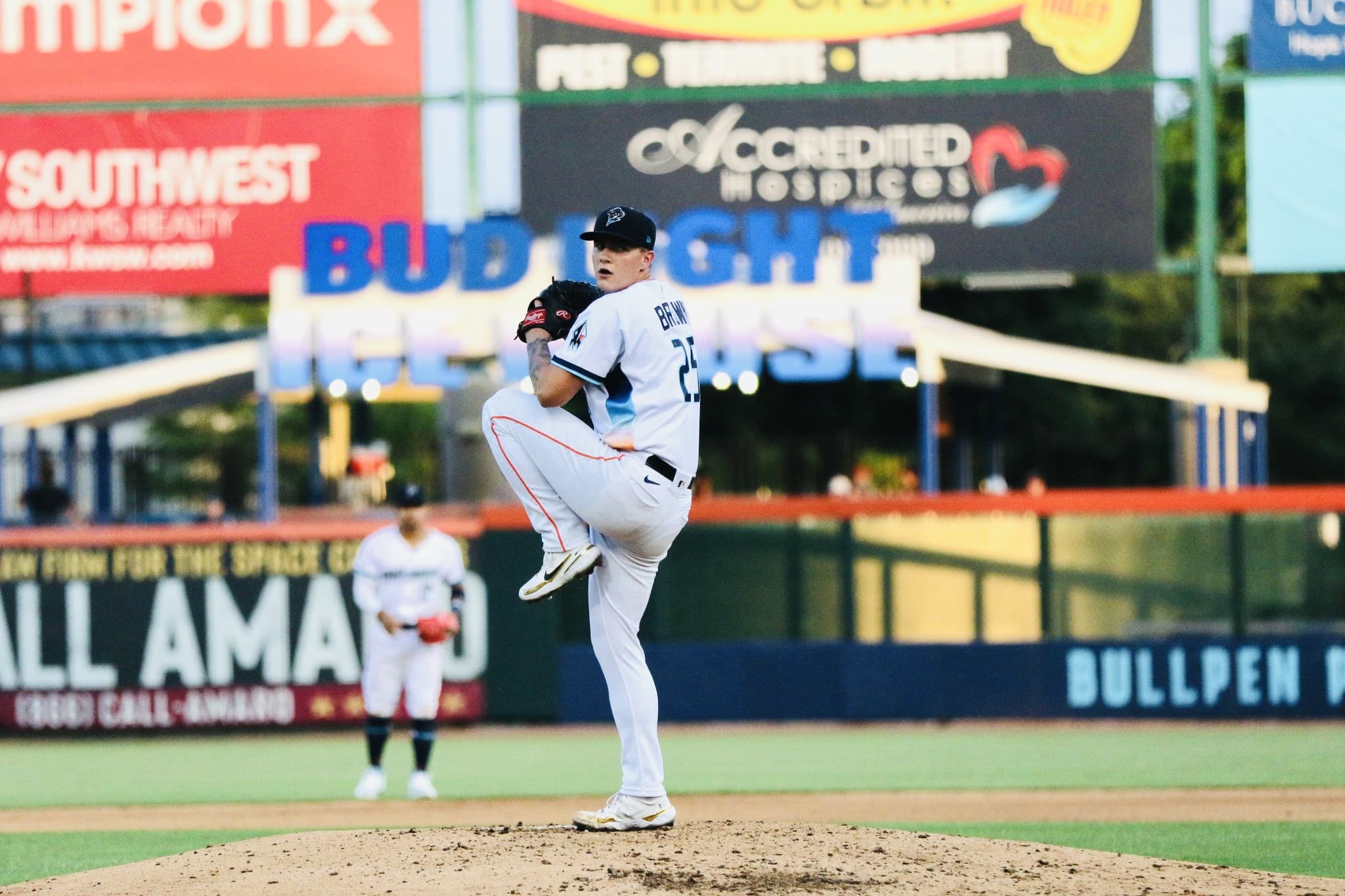 The Astros #1 prospect according to MLB.com, Hunter Brown, has exceeded expectations in his first full season at Triple-A Sugar Land. The 23-year-old right-hander was a 5th round pick out of Wayne State back in 2019 and quickly rose through the minor leagues. Brown was in spring training with the Astros but as the season moves on it might be time for him to get his shot with the big-league club.

Brown has put up some impressive numbers, he is 5-3 with a 2.42 ERA, he has held opponents to a .184 BA and has 92 Ks in only 66.2 IP. Brown has started nine games for the Space Cowboys while appearing in fourteen, proving he can be a viable arm out of the bullpen as well. He was named PCL pitcher of the week on May 29th for his outing against El Paso where he went seven innings, allowing five hits, no runs, and striking out ten.

While the Astros bullpen is truly one of the best in baseball, a pitcher like Brown has the potential to strengthen the group. Currently Houston leads the majors in bullpen ERA, first in opponents BA, and tied for first in WHIP. Looking at those stats there isn’t much to question but with any contending team, Houston is going to want to build the best bullpen possible come October. While it makes sense to have Brown come in for a late playoff push or when rosters expand. he has potential to help the club right now.

Brown features an upper-90s fastball, sitting around 96-98 mph. He features a curveball and slider as well to compliment his heater. While the Astros do have some hard-throwing right handers in the bullpen none compare to Brown. Brown has the potential to slide into the bullpen right now and be able to be a long reliever or come in for an inning or two and get batters out. Brown throws his fastball around 60% of the time and using him in the mid leverage relief could pay off in the long run for Houston.

Brown will have the potential to get big league experience until he is needed to be a starter with the Astros, the same recipe that Houston fans saw with Christian Javier. Astros’ general manager James Click had this to say when asked if Brown being in the bullpen would have a negative effect on his development, “I don’t think there’s a preponderance of evidence that that would have a massively deleterious effect on his prospect status and ability to help us as a starter in the future.”

Whether it’s now or later, Hunter Brown will be helping the big league club at some point in the near future.