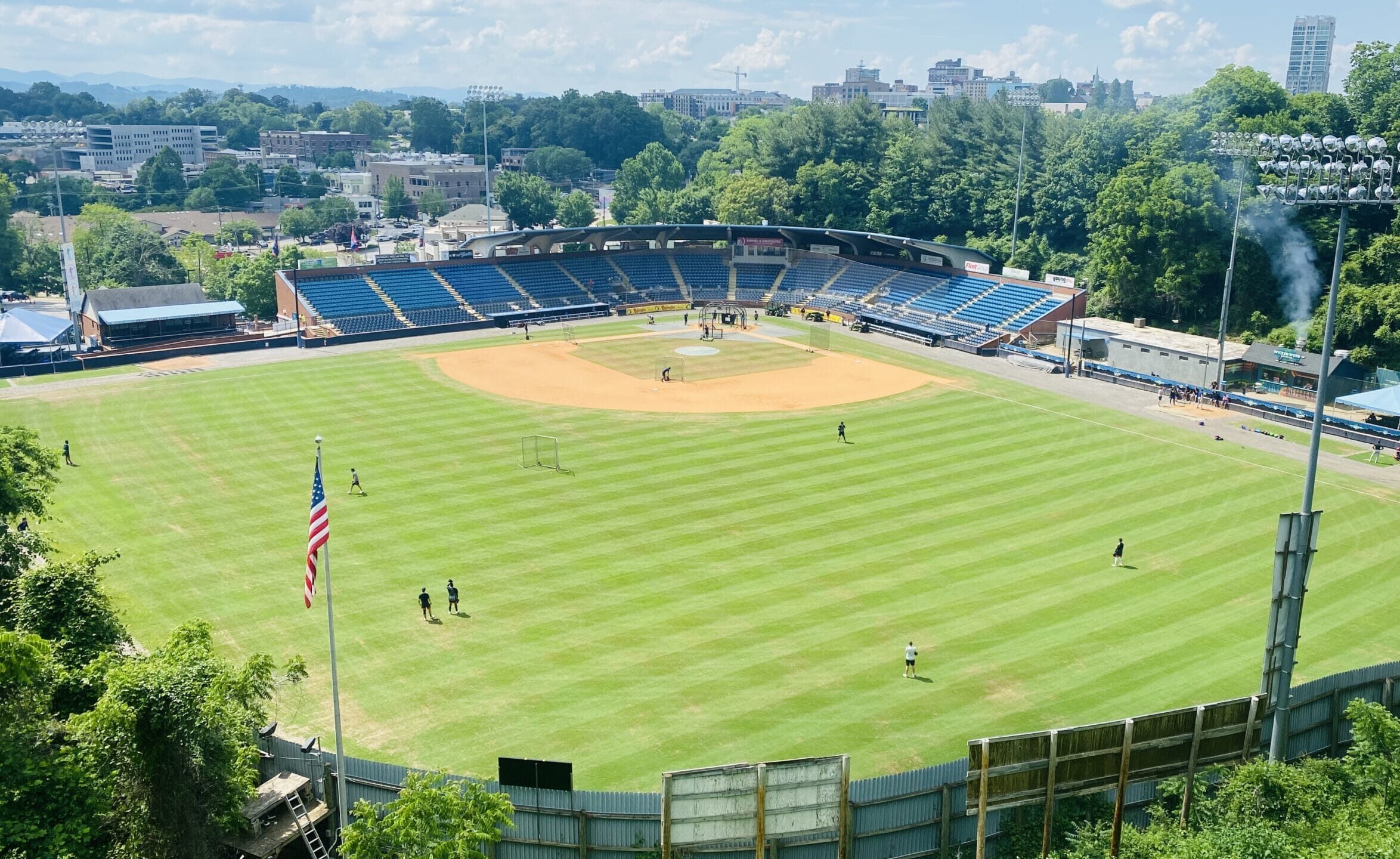 On Wednesday, I was able to make a trip out to Asheville, North Carolina to see the Astros High-A affiliates, the Asheville Tourists, play in person. This game they took on the Hickory Crawdads, a Texas Rangers affiliate.

First, I will talk about the game. Cole McDonald started for the Tourists and struggled with his command as he walked while in the first inning, retiring just one batter. He allowed 2 hits but one was a bloop single and the other was an infield single. He was relieved by side armer Palmer Wenzel. Wenzel initially struggled waking the first two batters. The Tourists fell behind 6-0 in the top of the 1st.

The offense showed some life with a leadoff double from Quincy Hamilton. He would later score on a fielder’s choice error when the pitcher overthrew the catcher. Wenzel lasted 2.2 innings and was eventually relieved by Chayce McDermott in the 4th. The Tourists picked up another 3 runs in the 4th on deep RBI triple to center field off the bat of Quincy Hamilton. He later scored on a wild pitch. The next batter, J.C. Correa, connected on a solo HR to left field, his 4th of the season. 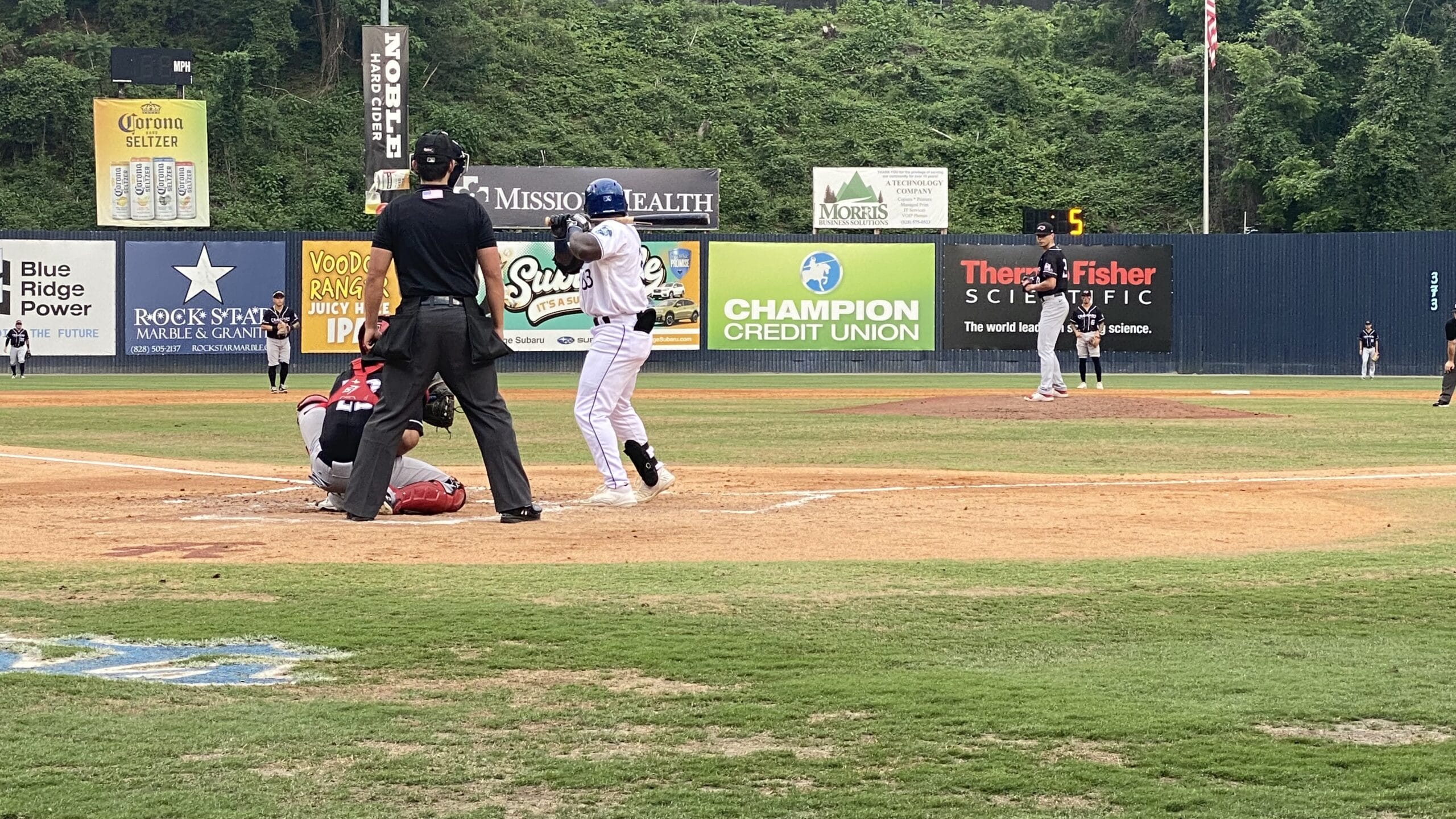 Quincy Hamilton batting for the Tourists

McDermott showed off in relief flashing his mid to high 90s fastball and his curveball. He allowed a 2 run HR in the 6th but outside of that was pitching well until the 7th. In the 7th inning, he got squeezed a bit and ended up walking the bases loaded. He was relieved by Walker Brockhouse who allowed a grand slam to the next batter.

J.C. Correa continued his good night at the plate knocking an RBI single in the 8th. This made him 3-for-5 on the night. Luis Santana, an infielder for the Tourists, pitched the top of the 9th and hurled a scoreless inning with a strikeout. In the bottom of the 9th, the Tourists picked up 2 runs. Michael Sandle beat out an infield hit for an RBI single and Zach Daniels hit an RBI single to center field. The Tourists ended up falling 15-7.

Chad Stevens plays all over the infield and had a great diving snag on a grounder up the middle at second base. Cristian Gonzalez, who was playing shortstop, didn’t get many chances but in the limited time he was able to show off his arm making an easy throw to first on a ball in the hole. Colin Barber was playing center field and moved well out there. One fly ball he charged hard in to get it on the run and made a perfect throw home to prevent the guy on third from tagging.

At the plate, Hamilton looked great with two extra base hits and two walks. J.C. Correa, as mentioned above, hit a homer and two opposite field singles. Chad Stevens had a double in the 9th and Zach Daniels picked up two hits as well. The offense actually outhit the Crawdads but the walks early were too much to overcome.

THE STADIUM AND CITY

While the Tourists lost the game, the stadium was really cool to take in. Built in 1923, McCormick Field sits up high with a beautiful back drop of trees behind hit. There is no modern amenities in the stadium though, but the views more than made up for it. 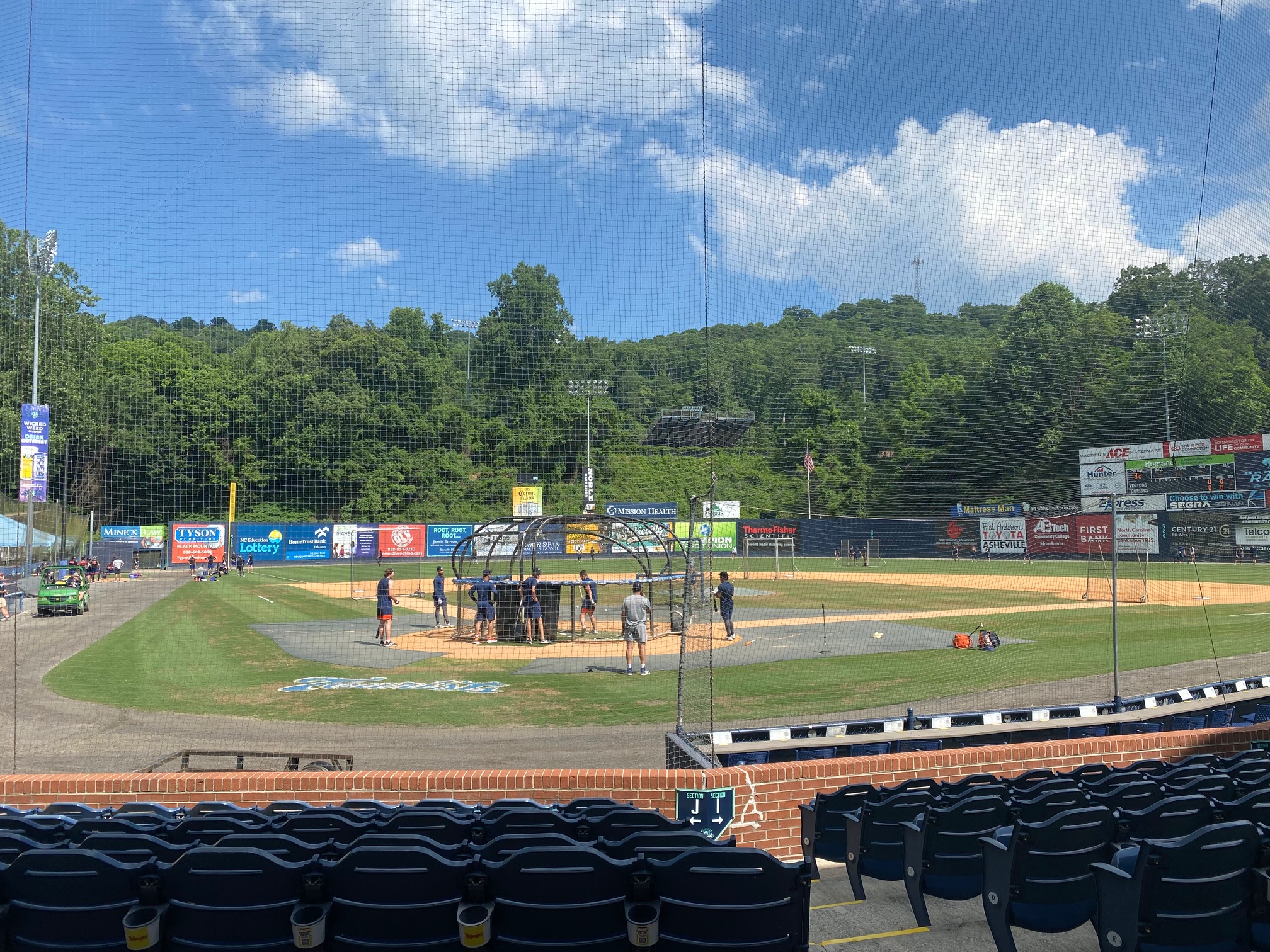 My stay in Asheville was quick, but as someone from south Texas, it’s really cool to see the hills and big trees. Also, Tunnel Rd was really cool to drive through. Downtown seemed busy with shops and restaurants. I stopped for coffee before heading out and it was great. I would definitely recommend Asheville to any minor league fan, just for the history of the stadium and the multitude of coffee shops downtown (if you’re into that kind of thing).

Next, I’m on to Fayetteville!