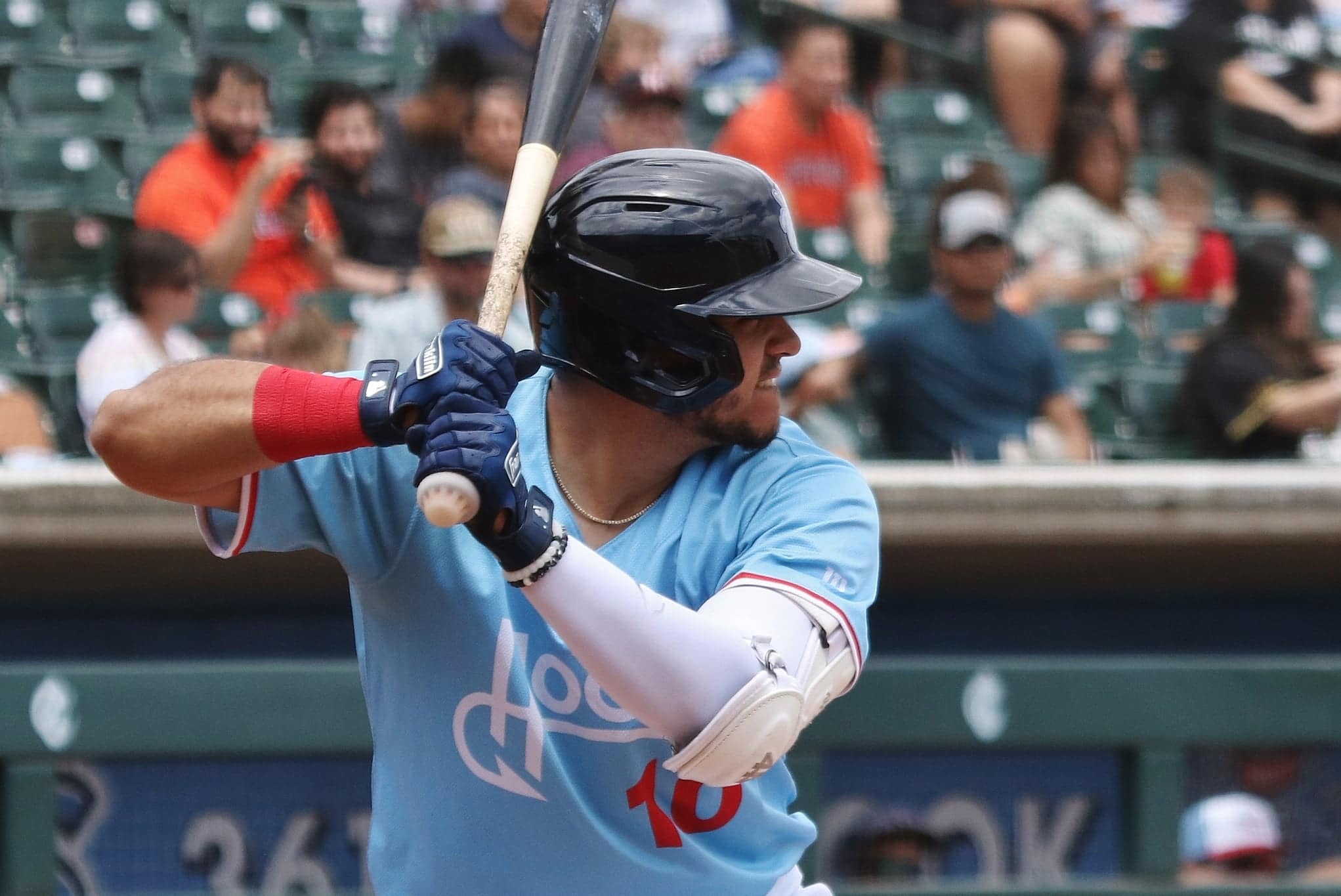 The Astros 14th best prospect Yanier Diaz, according to MLB.com, proved he was ready for the next step in his big league career. The catcher/first baseman in 57 games in Double-A Corpus Chrisit batted .316 with 13 doubles, 9 homeruns, and 48 RBI’s. Diaz will now be the third catcher on Triple-A Sugar Land’s roster, joining Korey Lee and Scott Manea. While Diaz is listed as a catcher he played more innings at first base than behind the dish in Corpus Chrisit.

The 23 year-old Diaz was acquired in the Myles Straw trade alongside Phil Maton in the 2021 trade with Cleveland. Last year Diaz finished the season in High-A where he flashed his offensive potential batting .396 with 11 homeruns and 33 RBI’s in only 25 games. He has risen through the minor leagues due to his offensive play and continues to hit as he moves up the ladder.

Diaz was signed for 25,000 by Cleveland out of the Dominican Republic in 2016 and it took him two years until he finally made his U.S. debut. He has been a consistent hitter in the minor leagues batting .328 with a 13 percent strikeout rate over his first four seasons as a pro. His scouting report features a natural and fluid swing from the right-side. He barrels up a lot of pitches and has potential to hit home runs at the big league level. His only down side is that he doesn’t walk much, needing a more selective approach to compliment his low strikeout rate.

Behind the plate, Diaz features a strong arm to control the running game but he is still raw as a catcher. He is not known primarily for his defense and it leaves first base as his only other defensive option. He has the versatility to play both positions but at the major league level it’s more likely to see him catching with the opportunity to DH from time to time.

The Space Cowboys are adding a strong bat to their already potent lineup. Diaz will likely rotate between first base and catcher but with Taylor Jones likely back following his rehab assignment it makes sense to see him get more work behind the plate. The Astros now have two top catching prospects in Sugar Land with Diaz and Lee, it won’t be long until one of them makes their big league debut.