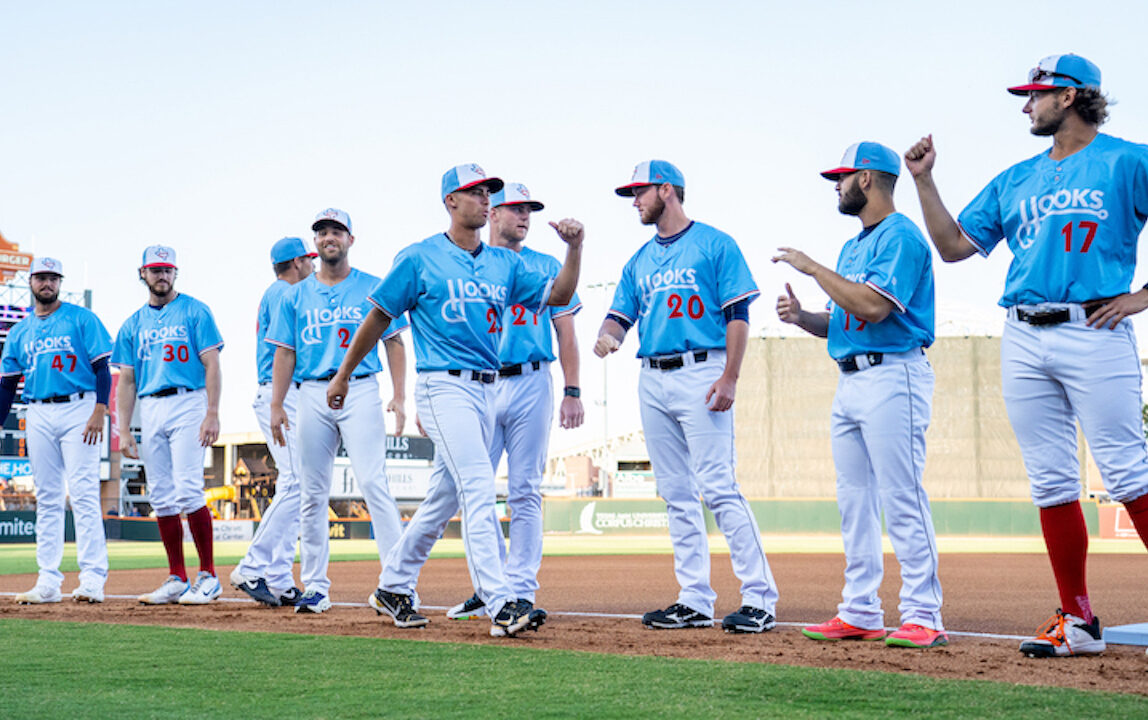 Another week of baseball is in the books. Let’s look at some news and notes. I will start with a few players who have been hot in the Astros system!

Kenedy Corona – Corona is experiencing a breakout season this year and he continued that this week for Asheville. The right hander hit .500 with 3 HR, 11 RBI in 6 games. He is hitting .345 with 10 HR over his last 30 games. A great first half of the season for him.

Joey Loperfido – Loperfido, the Astros 7th round pick in 2021, has been on this list before and he’s back on this week. The lefty swinging Loperfido hit .444 this week with 3 RBI. Overall this year he is up to .315 as he continues to prove he is ready for the next challenge in High-A.

David Hensley – Hensley has been solid this season but showed off some power this week connecting on 3 2B, 2 HR and driving in 7 runs. The 26th round pick from the 2018 draft is hitting .284 with a .867 OPS this season in Triple-A.

The Space Cowboys had a good week going 4-2 again, putting them at 32-40 overall this season. Hunter Brown led the way on the mound again tossing 5 scoreless innings. He has a 2.66 ERA and leads the system in strikeouts with 85. Shawn Dubin had a good start tossing 5 scoreless with 6 strikeouts. He’s at 13.5 K/9 this season. J.P. France also had a good outing striking out 6 over 5 scoreless innings. He has 4 BB/26 K in June. Enoli Paredes was great in relief earning a call-up to the big leagues again. Nick Hernandez has allowed 2 runs in 11 innings in June. Overall the team has a 4.85 ERA.

The offense had a few good performances. David Hensley had a big week, as noted above. Korey Lee turned things around a bit hitting .292 with a homer and 7 RBI. Enmanuel Valdez has 6 HR in his first 15 Triple-A games. Corey Julks continues to hit the long ball well with 15 HR this season. Jake Meyers and Taylor Jones had a few good games too. Overall the team has a .749 OPS. The Space Cowboys are back in action tonight at 7:35 CT.

The Hooks also had a good week also going 4-2, putting them at 32-37 this season. The pitching staff was the story. Misael Tamarez had another good start allowing 1 run over 6.1 innings with 8 strikeouts. He has 61 K in 52.1 innings this season. Jimmy Endersby followed that up with 7 scoreless innings with 8 strikeouts dropping his ERA to 2.78. Jose Bravo had a good outing tossing 5 scoreless. Jaime Melendez struck out 12 over 5 innings. He has a 2.01 ERA in June. The bullpen was solid too. The staff ERA went from 5.76 ERA to 5.55 this week.

The offense had some timely hitting connecting on back to back walk-offs, including a walk-off HR from Cesar Salazar. Wilyer Abreu had a couple homers this week. Luke Berryhill‘s on base streak was snapped, but he homered the very next night. Justin Dirden also connected on a few extra base hits. He has a 929 OPS this season.  The Hooks are back at it today at 7:05 CT.

Asheville went 4-2 this week as well putting them at 28-40 overall. The pitching got a few good performances. Ryan Gusto started the week going 6 innings and allowing 1 run. Cesar Gomez started and game and allowed 1 run over 5 innings and he was followed by Rhett Kouba who tossed 4 scoreless innings. Chayce McDermott had a good outing allowing 1 earned run over 5 innings. McDermott and Spencer Arrighetti lead the team with 81 strikeouts each. Overall the ERA went from 7.02 down to 6.88 this week.

The offense got some decent performances. Kenedy Corona had a monster week playing in 6 games and hitting .500 with 3 HR, 11 RBI. Quincy Hamilton has destroyed High-A pitching since his promotion and is hitting .330 in 27 High-A games. Chad Stevens hit .250 with 2 HR, 6 RBI this week. Michael Sandle had another solid week hitting .353 in 6 games. The team has an overall OPS of .770 this season.  The Tourists start a new series today at 5:35 PM CT.

The offense got a few good weeks. Logan Cerny has been hot and this week was no different as he hit .353. Joey Loperfido continues to hit well and hit .444 this week bringing his season BA up to .315. Victor Mascai went 3-for-6 and has a .821 OPS this season. Miguel Palma also increased his OPS to .710 this week. The Woodpeckers are back tonight at it at 6:00 CT.