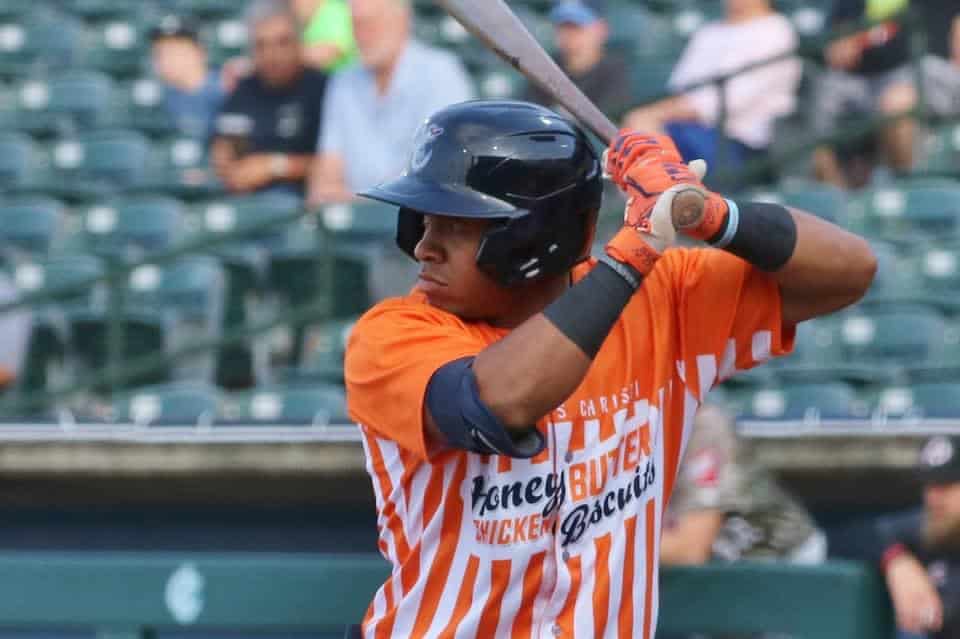 Just like the stock market, prospects’ stock will go up and down throughout the season. Here is the Astros Prospect Stock Report 2022: Volume 1.

Valdez was signed by the Astros as an international free agent in the summer of 2015. He bounced around in rookie ball and the lower levels until 2021 where he split time between High-A and Double-A. That season, Valdez posted a .860 OPS and led the Astros system with 26 HR and 90 RBI. So far this year, Valdez is off to a hot start. He is slashing .344/.460/.639 with 6 2B, 4 HR, 17 RBI in 17 games in Double-A. I was very interested to see how the bat played at the higher levels and so far this year, he has proven to be a legit prospect. His stock in definitely rising.

Chaidez was the Astros 15th round pick in 2021 out of the University of California. He pitched in relief in college and the year of the draft he struck out 48 in 32.2 innings while allowing just 14 hits. After a few innings following the draft, the Astros started out Chaidez in High-A in 2022. The year in 5 games, Chaidez has 4 BB/27 K in 18.1 innings with a 2.45 ERA. That is good for a 37.5 K% and a 31.9 K-BB%. Chaidez was running it up to the mid 90s for Asheville and if he continues to pitch like this, he should be in Double-A soon.

Torres has been in the Astros system since 2018 and the stuff has always been there. He was ranked as a top 30 prospect by Baseball America coming into the season. Unfortunately he has really struggled walked 14 in just 5.1 innings and allowing 10 hits. That is good for a 15.19 ERA in 6 different appearances. He can still get things turned off, but it has been a rough start to the season for him.