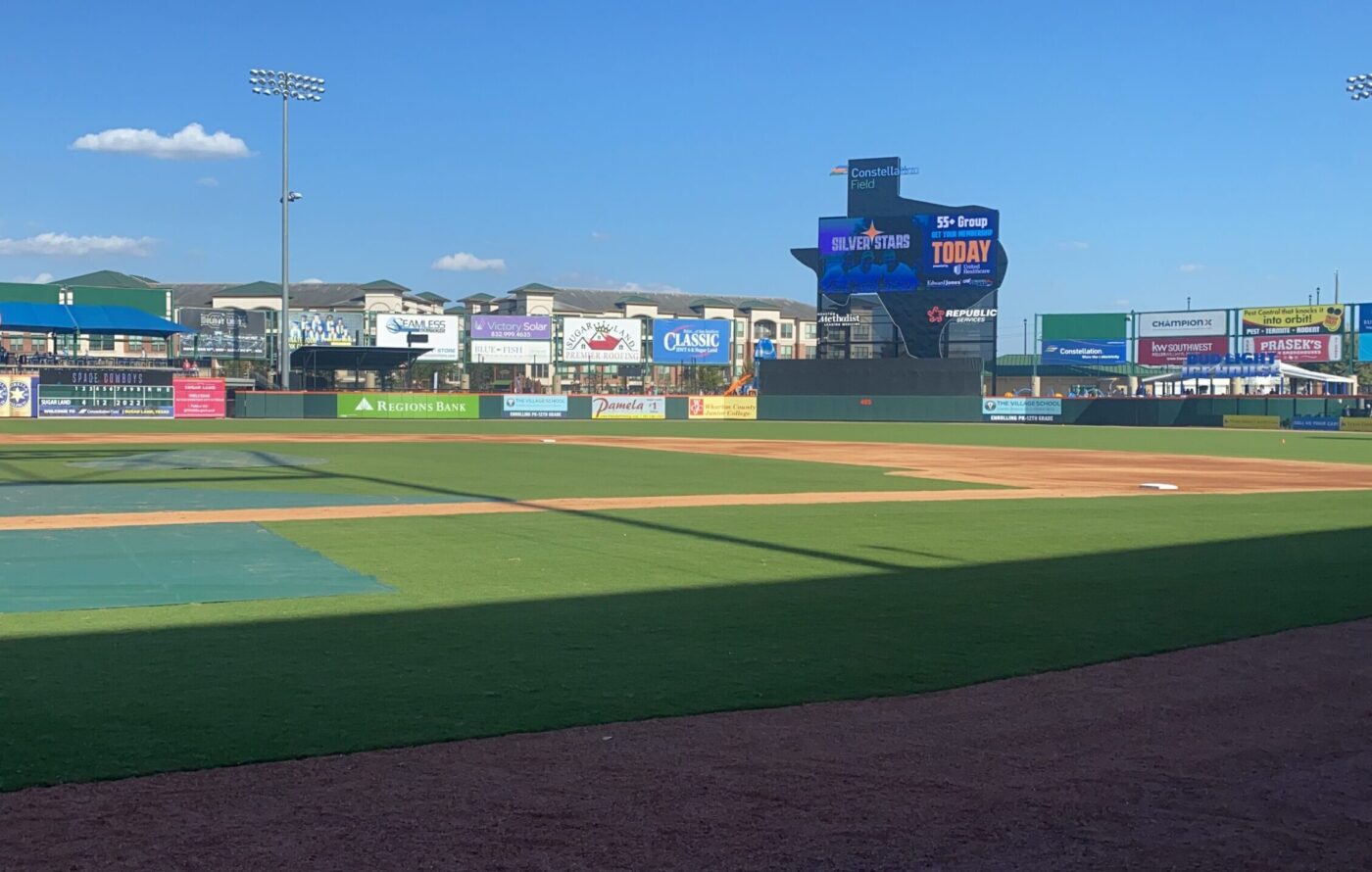 Not only did the Sugar Land Space Cowboys re-brand to a new name, logo, and jerseys (which are absolute fire) this year, they also had a ton of renovations on the park for the benefit of the fans and players. This weekend, Sugar Land hosted media and fans to show off some of the renovations and allow them to watch a live workout on the field.

In 2021 the then Sugar Land Skeeters had a very good season going 75-55 in their first year as an Astros affiliate. That same squad is returning a lot of the pitching staff that helped them to a team 4.13 ERA, easily the lowest in the Triple-A West division (10 total teams). The staff is led by Triple-A West Pitcher of the Year for 2021, Peter Solomon. Solomon had a great season in which he made his debut before even throwing a pitch above High-A. In Triple-A, Solomon was a consistent force for Sugar Land going 8-1 and dominating at home to the tune of a 2.72 ERA.

Joining Solomon is one of the Astros top prospects Hunter Brown. Brown established himself as one of the best pitchers in the system in 2021 as he struck out 131 in 100.1 innings with a 4.04 ERA. He finished the season in Triple-A posting a 3.88 ERA in 51.0 IP. Also on the staff is Astros pitcher of the year for 2021, left hander Jonathan Bermudez. Bermudez had a breakout year dominating Double-A and Triple-A as he had a 3.24 ERA and 146 K in just 111 innings. Another pitcher who was dominant in 2021 and will be returning is right hander J.P. France. Frances also split time between Double-A and Triple-A as he led the Astros system in strikeouts with 157 in 114 innings.

While the starting rotation is stacked, the Space Cowboys are returning some dominant relievers. One of which is right hander Shawn Dubin. Dubin struck out 69 in 49.2 innings for Sugar Land in 2021 but was even better in relief. Also returning is Nick Hernandez, Enoli Paredes, Chad Donato, Brett Conine and a few others from the 2021 Sugar Land squad.

The first year in the Astros system went well as Sugar Land went 75-55. The first year rebranded as the Space Cowboys appears to be on track to have another big year with the returning players and possible additions from Double-A later in the year. The first game (on the road) is Tuesday, April 5th and first home game will be Tuesday, April 12th.