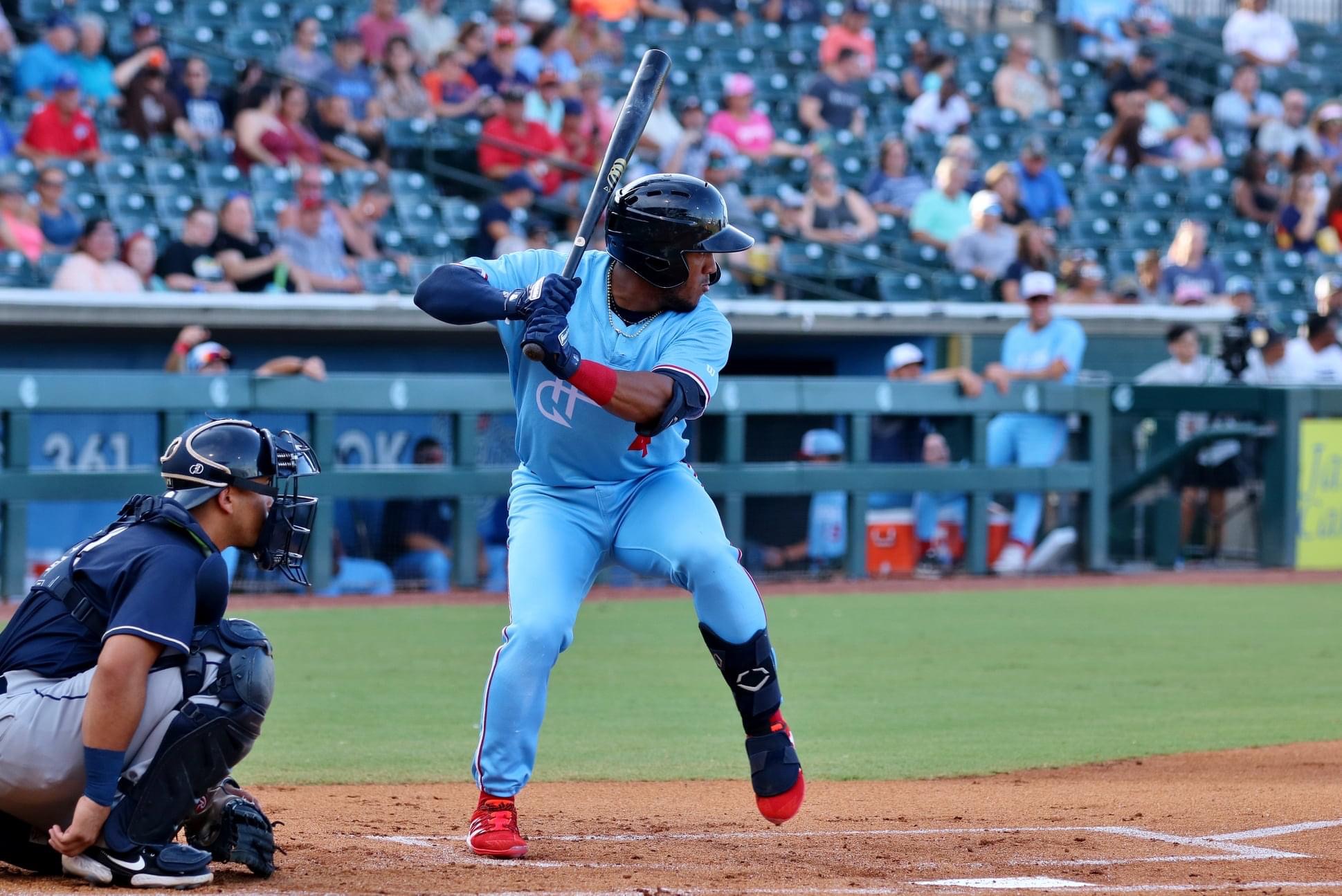 Now that 2022 is here, it is time to start looking at the top three prospects at each position as we lead up to the Astros top 30 prospect list. With these rankings, I will focus on prospects who primarily played this position. This week I will be looking into the outfield position and will rank a top five since all the outfield positions will be together.

The Astros were rumored to be the favorites for Leon for quite a while but COVID threw a wrench in the plans. He was eventually signed in January of this year for $4 million. He has a short and compact swing with power to all fields. He also possesses an above-average arm in the outfield and is a plus runner on the bases. He started the 2021 season in AA and after a first couple of rough weeks, he turned it on posting an OPS above .900 in both June and July, earning him a promotion to Triple-A. Leon has the potential to be an impact player at the MLB level and he has shown it already in the minors with the power and speed combination. The Astros have tried Leon at shortstop but I will keep him profiled for the outfield for now.

With the Astros first pick the 2021 draft, they took a prospect who fell right in their laps. Whitaker was ranked the #37 prospect by MLB. Scouts noted that he has a plus arm in the outfield and big raw power. He started as a shortstop and has since moved to the outfield. Whitaker is a good athlete for his size. He has some swing in miss to his game but has the upside to be a big run producer at the major league level. He is 6-4 and 190 lbs. He played in 29 games and had a .590 OPS in rookie ball.

Barber was drafted by the Astros in the 4th round of the 2019 draft out of Pleasant Valley HS in California. Barber has a very high ceiling thanks to his power and speed combination. The lefty has good power and the ability to drive the ball to all fields. MLB.com notes that scouts have compared his work ethic and focus to Alex Bregman. He is also a threat on the base paths and has the potential to be a 20/20 type of player in the outfield. He has looked solid on the field but struggled with some injuries in 2021. This next season will be a big one for him.

Barefoot is a former 6th round pick by the Astros in 2019. After solid fundamental changes to his swing, he started to show that progress in 2021. He played across three different levels in 2021 putting up a 20/20 season. Barefoot has a ton of raw power and showed some of it off this past year. He is a lefty thrower, righty hitter and will most likely end up in the corner, but would be a plus runner in the corner and uses that speed on the bases too. He struggled in Double-A this past year, but has the potential to be an impact outfielder.

McKenna is a former 4th round pick from 2018 who looked good following the draft but then struggled with injuries (and COVID) before finally being healthy in the 2021 season. He started the year in High-A and hit .305 with a 1.005 OPS in 41 games before being promoted to Double-A. There he hit .206 with a .619 OPS in 38 games. McKenna is a wiry athlete with great power, but some swing and miss to his game. He should continue to put on weight which could increase his power. He is a good outfielder and has a chance to stick in CF.