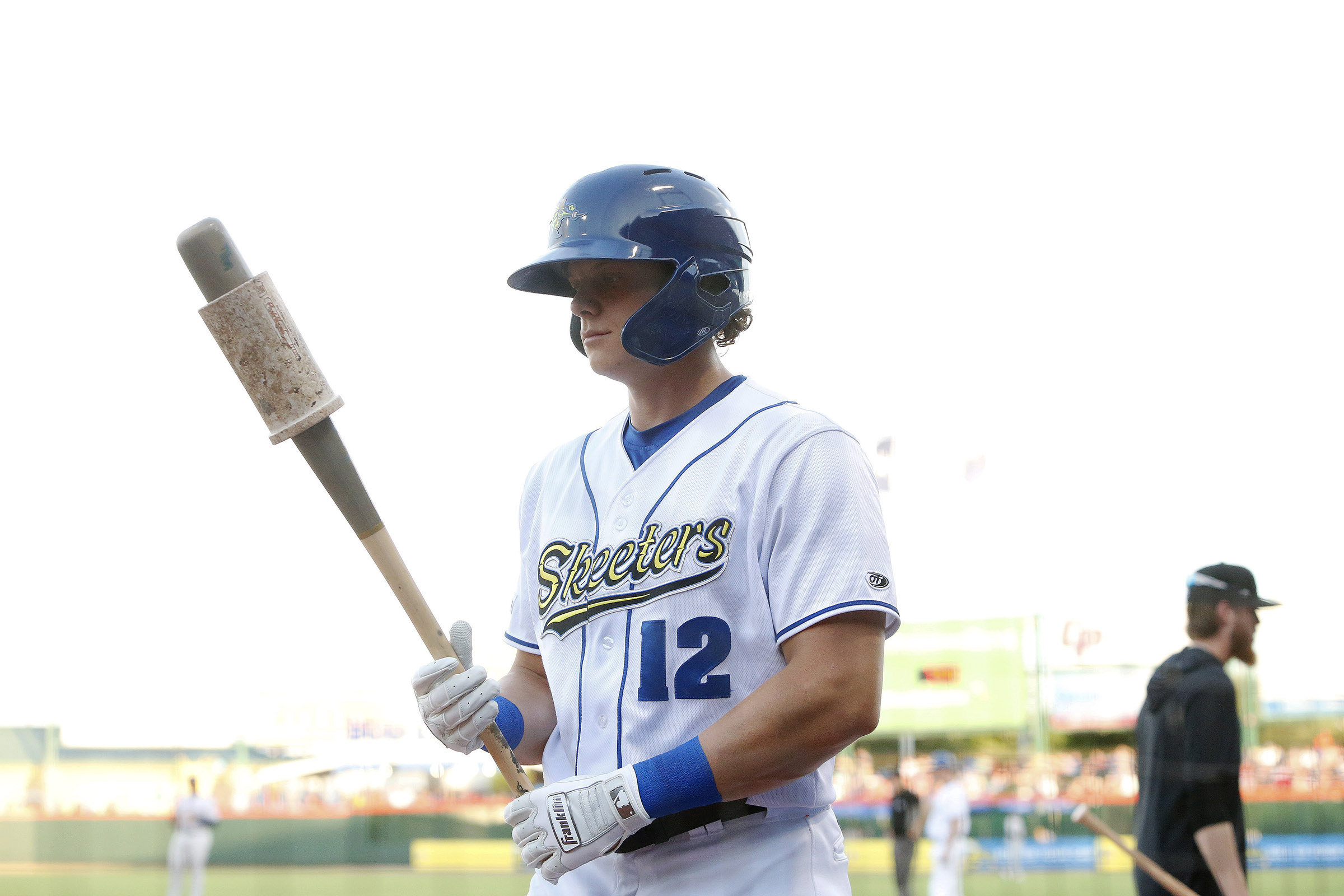 Now that the season is over we will review each position in the minor league system during the 2021 season. This week I will be looking at the outfield position.

Meyers was a solid prospect coming into 2021 but had a true breakout season this year. He has always been solid defensively and has continued to improve, but the bat took off in 2021 in AAA. He hit .343 with a 1.006 OPS and 16 HR in 68 games before earning a promotion to the Astros where he put up solid numbers as the starting center fielder. With his great defense in the outfield, he is a guy who we should see on the Astros for some time. You can read my interview with him here.

Dirden was another undrafted free agent following the 2020 draft but put together a great season slashing .274/.397/.537 with 15 HR in 83 games. The outfielder showed a nice combination of power and patience with a 14.9 BB% and a .263 ISO. Overall. he had a 149 wRC+ in 83 games. A really good under the radar season from Dirden as he had some of the best numbers in the Astros system. I’m really excited to see what he does in 2022.

Siri put together the best season of his career slashing .318/.369/.552 in 94 games. He also showed power and speed with the 29 2B, 16 HR and 24 SB. Jose was eventually called up to the Astros where he showed off some of his talent crushing a few homers and landing on the Astros playoff roster. He bolstered the Skeeters outfield and provided great depth at the outfield position all season long.

Like Costes, Julks put up a career year in 2021. The former 8th round pick from 2017 played the full season in Double-A and hit .287 with a .841 OPS including a career high 14 HR. It was his age 25 season in 2021, but Julks performed well and should be in AAA next year as he gets a chance to show what he can do at the highest minor league level.

McKenna is a former 4th round pick from 2018 who looked good following the draft but then struggled with injuries through 2019. This year he started the year in High-A and hit .305 with a 1.005 OPS in 41 games before being promoted to Double-A. There he hit .206 with a .619 OPS in 38 games. He will get more time in Double-A in 2022 and hopefully continue to show progress. Read more about him here.

Brewer had a breakout year in college in 2019 and the Astros drafted him in the 3rd round. He was solid this season hitting .275 with a .785 OPS but he showed what he could do to close the year as he hit .459 with 3 HR, 4 SB in September. He is a toolsy prospect and if he continues to improve, he could have a big 2022.

Like Brewer, Daniels is also a toolsy prospect who had a breakout college season before the Astros drafted him in 2020. He struggled in 2021 hitting just .224 overall with 129 K in 85 games. He was able to steal 22 bases in 2021 though. Daniels is still just 22 years old so he has time to get things sorted out.

Barber is a high potential outfielder drafted by the Astros out of high school in 2019. He got off to a nice start but struggled with injuries and ended up missing the majority of the year due to shoulder surgery. Even then, he still had a 123 wRC+ in High-A as a 20 year old this year. Hopefully he will be fully healthy for 2022.

Outfield is always the most intriguing because there are three spots to fill. Tucker is locked into RF or CF possibly for years to come. Meyers had a breakout season and took over the center field spot but unfortunately he won’t be ready for the season due to shoulder surgery. The Astros also have McCormick playing there. Left field is solid with Brantley there for one more year. Pedro Leon will probably end up in the outfield but the Astros do have some intriguing options in Dirden, McKenna, Costes, Barefoot and Barber on the way. They also drafted an outfield, Tyler Whitaker, with their first pick in the 2021 draft. 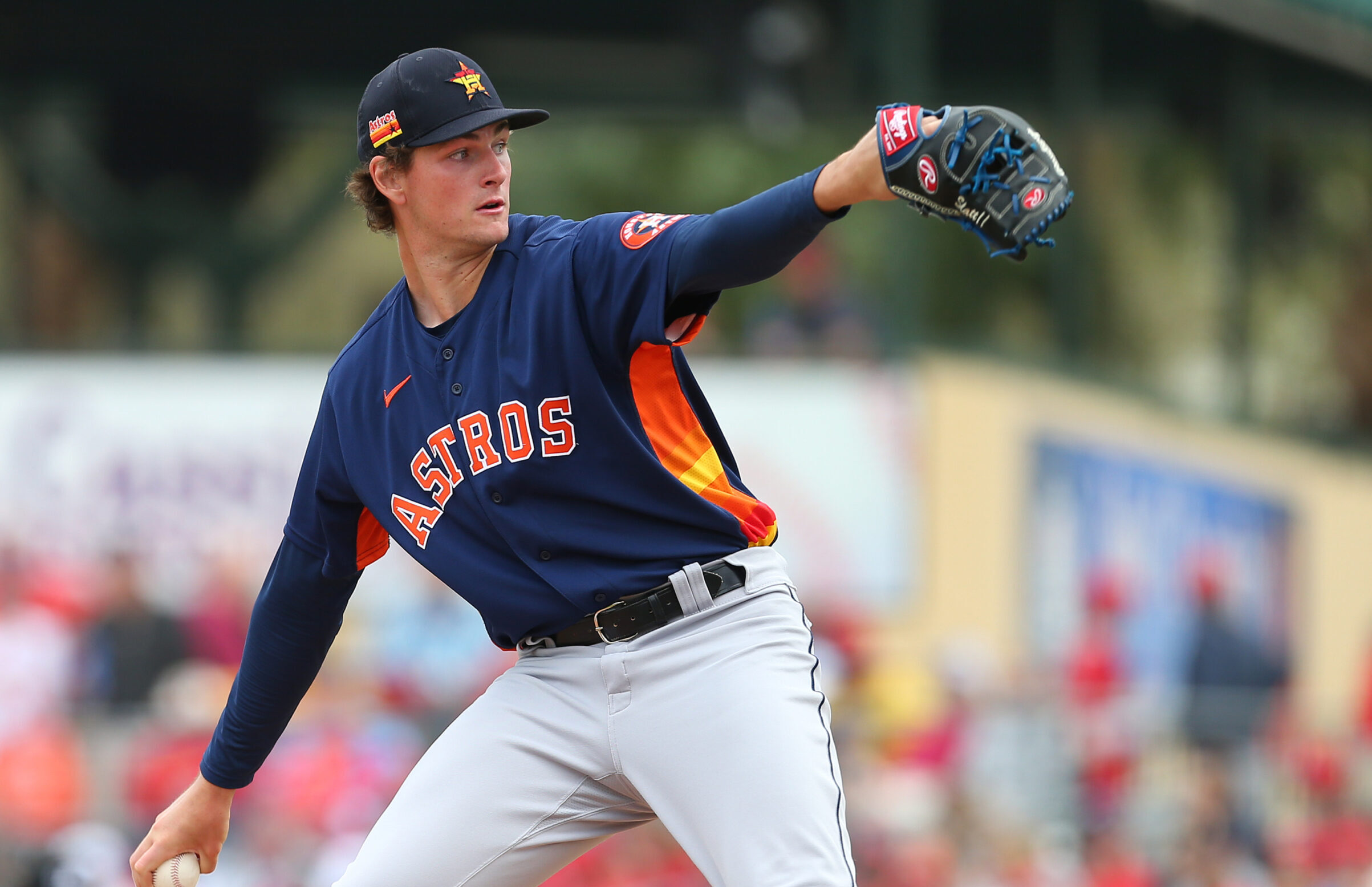