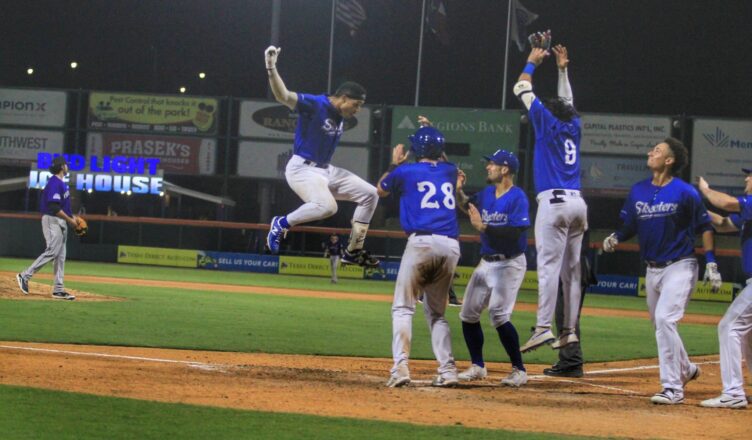 The Skeeters had their first season of affiliated baseball in 2021, and it was a good year in Sugar Land.

The Skeeters got off to a scorching hot start going 16-6 in 22 games in May. They fell off a bit in going June 11-15 during the 26 games that month. The Skeeters turned things back around in July going 17-11 in 28 games. They continued to play solid baseball going just 16-11 in August. They finished the regular season going 13-8 as they went into the AAA playoffs, the final stretch. This was a stretch of 10 games and the team with the highest winning percentage would be crowned champions. The Skeeters ended up going 4-6 and finished the season 75-55.

Jake Meyers, OF
Meyers was a solid prospect coming into the season but had a breakout year in Triple-A. In 68 games he slashed .343/.408/.598 with 16 HR, 51 RBI before being called up to the Astros. He displayed his ability to hit for average and power, but also his elite defensive capabilities. He appears to be the favorite to start in CF next year in Houston. Read more about him here.

Man…. this is an impressive HR from Jake Meyers #Astros pic.twitter.com/hYHajG4zCj

C.J. Hinojosa, INF
Hinojosa was signed as a minor league free agent for depth and did exactly what he was supposed to this year. Despite not getting a call up to the Astros, he had a great season in AAA leading the team in hits and doubles. Overall he hit .316 with 35 2B in 104 games for the Skeeters.

Jose Siri, OF
Siri was also signed as a minor league free agent and was a blast to watch in Triple-A this year. He showed off his power speed combination hitting 16 HR and stealing 24 bases before being called up to the Astros. Overall he had a .921 OPS in 94 games for the Skeeters and provided solid outfield depth all season.

J.P. France, RHP
France was a 14th round pick in 2018 and had his best season as a pro in 2021. He started the year in Corpus Christi and struck out 50 in 33.2 innings before being promoted to Triple-A. For the Skeeters, France was even better posting a 3.59 ERA with 107 K in 80.1 innings. Overall he led the Astros system in innings and strikeouts. Read more about him here.

Peter Solomon, RHP
Solomon put together a very good season, even if the final numbers don’t fully reflect it. Despite having an overall ERA of 4.70, he was dominant at home going 7-0 with a 2.66 ERA and 66 K in 61 innings. He also led the Skeeters’ pitching staff in strikeouts and was named the Triple-A West Pitcher of the Year.

Hunter Brown, RHP
Brown was seen as a potential riser this year, and that is exactly what he did. The righty started the year in Double-A and had a 4.20 ERA but struck out 76 in 49.1 innings as he flashed his plus stuff. He got promoted to Triple-A and had a 3.88 ERA with 55 K in 51 innings. Overall a great year for the Astros top pitching prospect. Read more about him here.

Shawn Dubin, RHP
Dubin was another pitching prospect that showed his stuff in 2021. The lanky right hander hit 98 with his fastball and showed a nasty slider while striking out 69 in 49.2 innings. As a reliever, hitters batted just .164 against him. He should be getting a chance in the Astros bullpen in 2022. Read more about him here.

Shawn Dubin struck out 5 over 2 perfect innings for the Skeeters. Fastball was up to 98 MPH. He is nasty!! #Astros pic.twitter.com/a9gdbDPO58