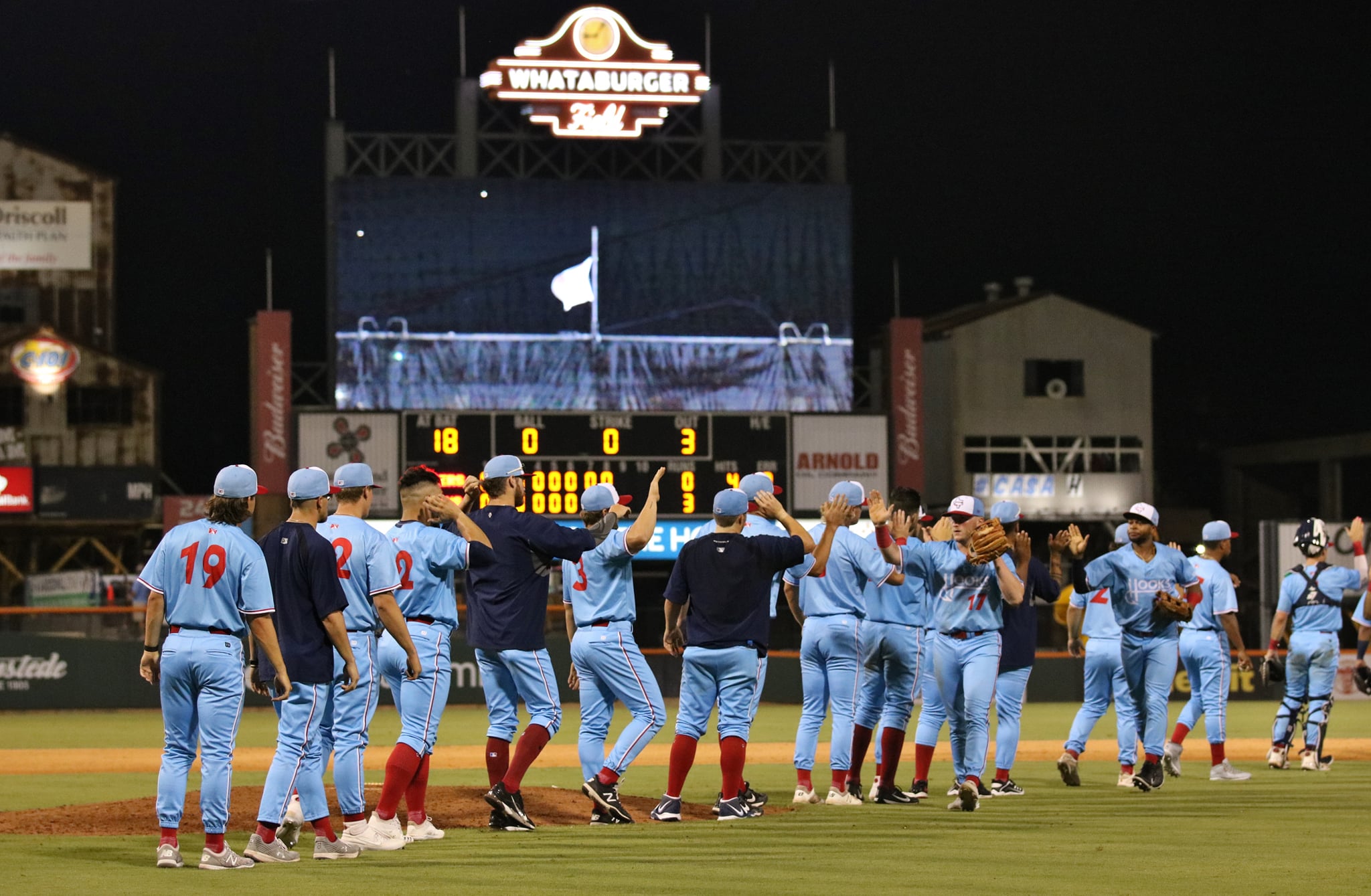 The Hooks has always been a bright spot in the system since their first season in 2005. See how the Hooks performed in 2021.

Corey Julks, OF
Julks was an 8th round pick by the Astros in the 2017 draft. He put together his best season as a professional slashing .287/.349/.497 with 23 2B, 14 HR, 15 SB as one of the mainstays in the lineup for the Hooks. The 25-year-old also had nine outfield assists and didn’t make a single error in the outfield for the season.

David Hensley, INF
Hensley has already made if further than most 26th round picks. The 25-year-old had a career year slashing .293/.369/.439 with a team high 25 doubles and 51 RBI. He showed off his utility splitting time between first base, second base, third base and shortstop proving his can be a utility guy at the next level.

Scott Manea, C
Manea showed his worth in 2021 slashing .286/.405/.462 with 10 2B, 9 HR in 65 games. Unfortunately he got injured and miss the last couple of months of the season but he was still able to put up some great numbers, and play solid defense too. With Manea, Lee, Berryhill, Diaz and others, the Astros have developed some solid catching depth.

Jonathan Bermudez, LHP
Bermudez, who was awarded the Astros minor league pitcher of the year, put up some dominant numbers in Double-A. In 78.2 innings for the Hooks he had a 3.32 ERA with 21 BB/106 K. He got promoted to Triple-A and his numbers improved posting a 3.06 ERA with 40 K in 32.1 innings. Overall he struck out 146 in 111 innings this season.

Nick Hernandez, RHP
Hernandez had one of the best seasons of any relief pitcher in the system. The right hander posted a 1.61 ERA with 69 K in 56 innings this season. He also held opponents to just a .145 batting average against. He also pitched a couple innings in Triple-A but majority of the time he was with the Hooks.