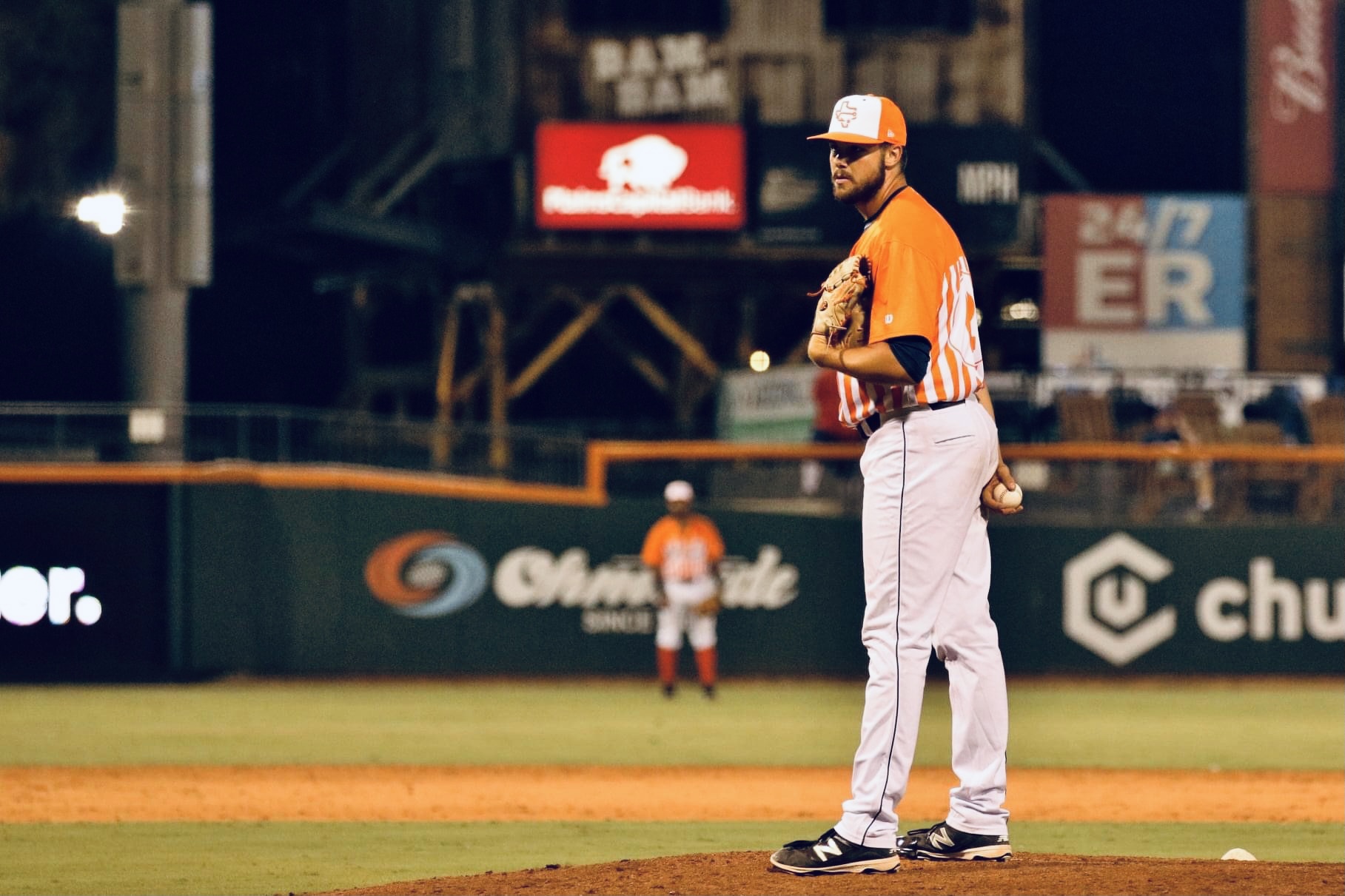 Going into the 2020 baseball season, a lot of college juniors were preparing to establish themselves as legitimate prospects for the upcoming draft later that summer. Unfortunately, COVID hit and the seasons were cut short. Then MLB made an announcement that due to COVID, the draft would only be 5 rounds, way down from the normal 40 round draft. For someone like Jonathan Sprinkle, this was concerning.

Sprinkle put up a dominant sophomore season in relief posting a 2.23 ERA with 11 BB/67 K in 40.1 innings. He started out his junior year hot striking out 43 in 23.1 innings before the season was cancelled. I asked Jonathan if he had talked with any teams before the season was cancelled and he said “I had talked with a good amount of teams in the pre-season. I was told I was projected anywhere from 10th to 14th round, but with COVID obviously that didn’t happen.”

The right hander wasn’t always a reliever though. He actually started in high school but upon attending the University of Central Missouri they moved him to relief. I asked Jonathan about the switch from starting to relieving and he said “my first relief appearance was in college and it was an easy transfer for me. I always love pitching in high leverage situations because you are able to just go at the hitter with your best stuff and let the best man win.”

Fast forward to the 2020 draft and Sprinkle ended up going un-drafted (remember, just 5 rounds) but he eventually signed with the Astros as an un-drafted free agent. Major league organizations tend to make adjustments to players they draft to better utilize their skills. “We had a lot of zoom calls that were treated as our onboarding since we couldn’t be with each other physically at the complex.” For Jonathan though, he advised he was working on his new slider and that it ended up being a great weapon for him this year.

Sprinkle pitched in 31 games this season in the Astros’ organization and put up some gaudy numbers striking out 79 in just 44 innings while allowing just 24 hits. He started out the year in Low-A and the walks were a little high early as he walked 18 in 21.1 innings, though he struck out 44. I asked him about this and he said “walks were my issues in the beginning of the season. I fixed a mechanical issue wand it helped a lot with my control.” This proved true as he walked just 9 over his final 22.2 innings, and that included 4 in one outing (so really it was 5 over his final 22.1 innings beside the one bad outing).

“I knew if I limited the walks then I could really put myself out there as a solid reliever” Sprinkle added. He finished his first season in Double-A and overall had a 3.48 ERA, 16.2 K/9 and 42.2 K%. He closed out the season not allowing an earned run over his final 15 innings while walking just 4 and striking out 22. He possesses a low to mid 90s cutter, mid 80s slider and high 80s changeup.

I finished by asking Jonathan about his off-season plans and he said his off-season goals are “to get stronger and work on a better 3rd pitch. Whether that’s a changeup or sinker or split or something else that can drop down and have some arm side movement.” He is already an intimidating force on the mound at 6-6 and 237 lbs but he also added “I’m shooting for getting stronger so that my velocity will increase a little more so my cutter can be even harder.”

After having his junior year cut short and going undrafted, Sprinkle established himself as a legitimate relief prospect for the Astros in 2021. If he continues to improve like he did towards the end of the season, his stock will continue to rise as he moves up the ranks toward the MLB.