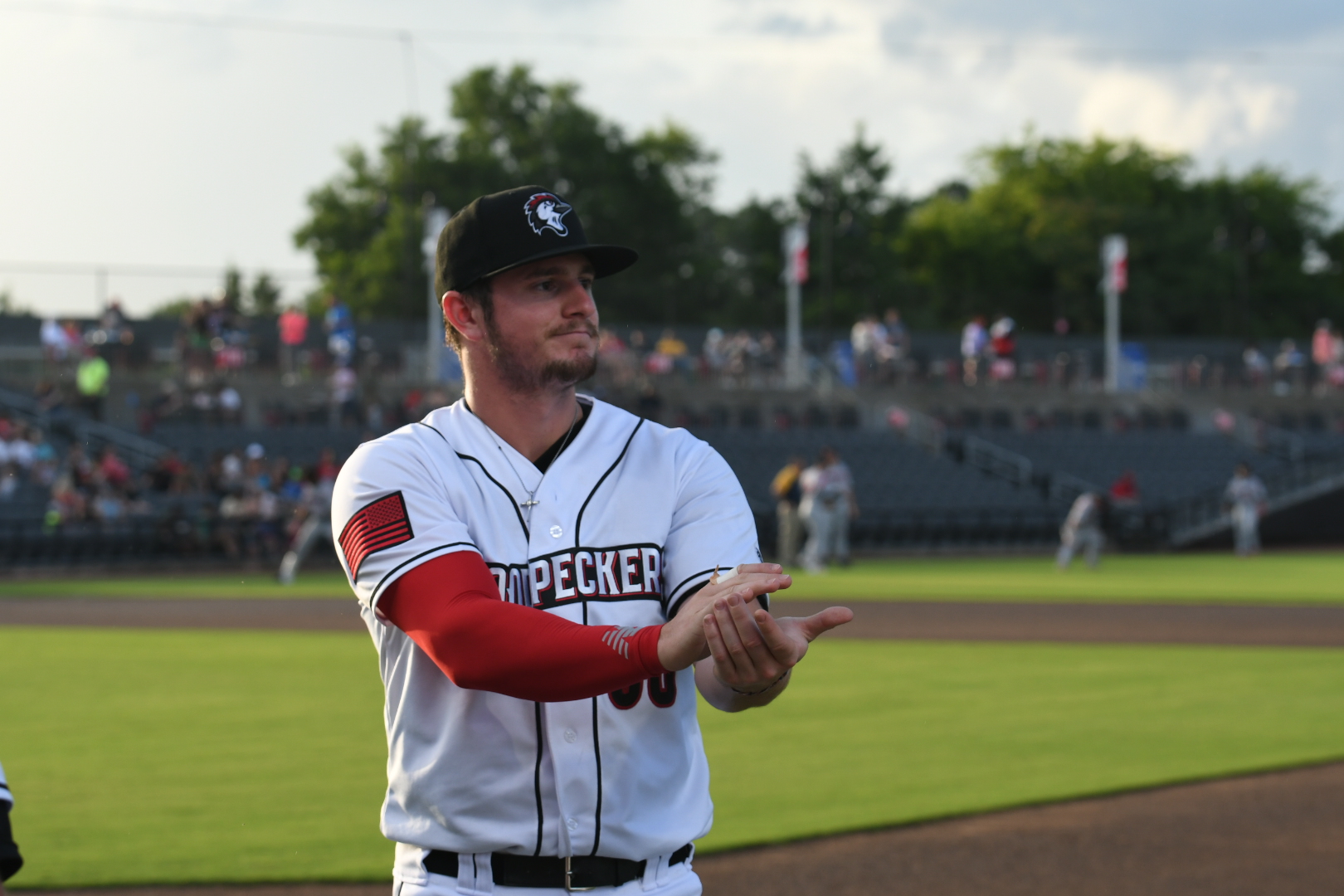 Trade to Astros, a Blessing in Disguise for Luke Berryhill

Being traded can be a bummer. Going from a draft pick of a team to traded to another organization while playing just eight games with the  team that drafted you can be looked at in a negative light. Not for Luke Berryhill. But first… let’s find out just who the 23 year old catcher is.

Berryhill was born in Atlanta, GA and attended high school in Woodstock, GA. If you have seen his social media, you will definitely know that Luke is into singing and playing the guitar. Growing up, his dad was always in bands and he always attended his shows. I asked Luke about his love of music and he said “I didn’t start singing until about halfway through high school and I learned guitar when I was in college.”

Berryhill was originally drafted by the Reds in the 13th round of the 2019 draft out of South Carolina. He played 8 games for the Reds following the draft and then, like most other minor league players, missed out on the season in 2020. I asked Luke how he spent his time during COVID and he said “At first I wasn’t sure what to do. We just quarantined like everybody else for the first little while but then things starting opening back up and I began looking for things to do to keep me busy.” As you could imagine, Luke followed one of his passions coaching a 16u travel team over the summer. He said he also worked at Ace Hardware and said that time away “definitely made me realize how much I missed baseball.”

Fast forward to January 2021 and Luke’s life changed again just a year and a half after being drafted. The Reds sent him to Houston in exchange for Cionel Perez. I asked Luke how he found out about the trade and he said “the news about the trade was pretty wild. I had just sat down at Waffle House with some buds when I got the call from our farm director and he pretty much laid it out for me.” Luke did say it took a while to sink in but added “I couldn’t be happier to be in the Astros organization.”

So I mentioned his love for music earlier and he actually got the chance to show it off, singing the National Anthem before a Woodpeckers game this season:

I asked Luke how this came to be and he said “I heard they were looking for national anthem singers so I messaged the Woodpeckers on Instagram and threw my name in and they were ecstatic and had me lined up to sing the next week!” That was just Luke’s 10th game of the season and he sung the national anthem, and it might have been a good luck charm. Since that game, he has gone on an absolute tear slashing .341/.486/.741 with 9 HR in 25 games.

Going from one organization to another can present some challenges, but they don’t have to be negative. I asked Luke about the changes he made upon joining the Astros organization and he said “almost immediately our hitting coordinator and other hitting coaches started looking at my swing. They weren’t wanting to make major changes but they saw a few things in my load and swing that may hold me back. So I’ve been working on being more quiet with my hands during my load and just having a little bit simpler of a swing.”

That was just the changes on the offensive side. Defensively the Astros made some adjustments too. Luke stated “they have been working with me on my throwing and footwork for the most part, just cleaning up my arm path and having less moving parts so I can make better throws more consistently.” He also added “they are always helping me with the mental parts of the game so I feel like I’m becoming more of a complete baseball player.”

As I mentioned in the beginning of the article, a trade can be looked on negatively from a player standpoint. Luke does not look at it this way and instead looks at it positively. He said “I do think the trade was a positive thing. Considering the player I got traded for, it makes me believe that the Astros see some value in me; and that’s the biggest blessing you can have as a player, to have your organization’s confidence in you.” He added he is very thankful for the trade and he is trying to make the most of the opportunity.

This trade definitely looks like a blessing. Luke just earned a promotion to High-A and has put together his best statistical season between his college and professional years. In 2021 he has a 1.064 OPS and a 180 wRC+ in 56 games. The 180 wRC+ leads all Astros minor leaguers with at least 100 plate appearances this season. His final year in college he had a .919 OPS. It appears the adjustments the Astros made are working. Luke closed by saying “I have really enjoyed my time here so far and am excited for things to come in the future.” As catching depth is always important, Berryhill is establishing himself as a prospect to watch in the Astros system!