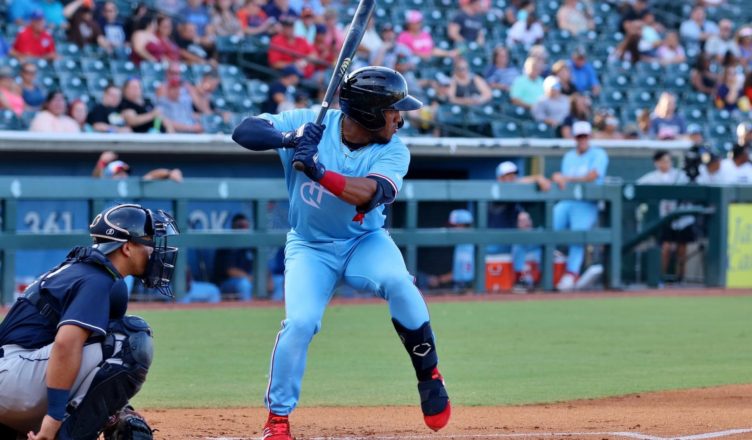 One of the Astros top prospects, Pedro Leon, will be out for six weeks with a fractured finger, according to the Astros. Leon fractured this finger sliding into a base on Sunday during the Skeeters game.

#Astros say SS Pedro Leon will be out for approximately 6 weeks after fracturing his left pinky finger while sliding into a base on Sunday night for AAA Sugar Land at OKC. Leon stole 2nd base in the 7th inning on Sunday, was replaced by a PH in the 8th & has been out since then.

The 23 year old prospect received a $4 million signing bonus earlier this year and is hitting .249 with a .798 OPS overall this season in 57 games. He started the year in AA and was recently promoted to AAA. He’s been a lot better of late though hitting .292 with .929 OPS since the beginning of June. He has been playing shortstop and some outfield.