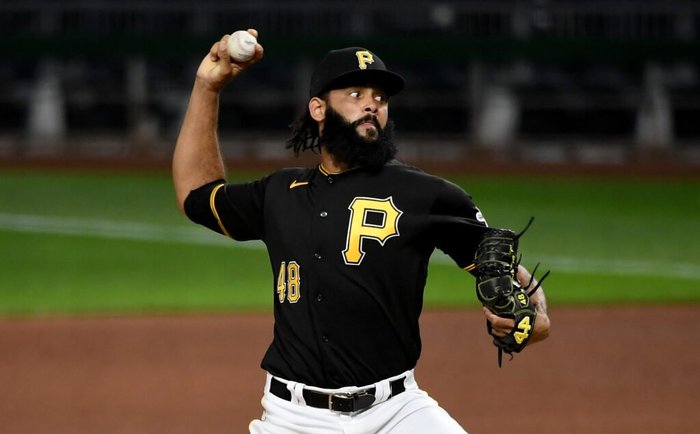 66 games through the 2021 Major League Baseball season, the Houston Astros have been a rollercoaster. Lately they’ve been playing some really solid baseball, but outside of Ryan Pressly and Cristian Javier, the Astros bullpen has been a complete disaster. If you’re reading this article, you probably know that. You’ve heard about the problems with our bullpen; walks, the lack of swing and miss, etc. I’m here to provide some viable solutions to help solve the Astros bullpen crisis.

You may have already heard Rodriguez’s name float around in other articles, but there’s a reason because of that. He’s a perfect fit for the Astros. He’s in the 99th percentile in fastball spin rate and in walk rate and he misses the barrel of the bat. Rodriguez has a 1.78 ERA in 25 1/3 innings pitched with a 0.78 WHIP. He is 31 years old and makes 1.7 million and has three more years of arbitration left. This is the perfect fit for the Astros. The Pirates are nowhere near contending and it’s very unlikely that Rodriguez will be apart of their future considering his age. The only problem is that he is a closer. So then the question becomes, do you move Rodriguez to be the new setup man, or do you move Pressly back to his old role as a setup man?

You may remember seeing Bard in the news last year for making a tremendous return to baseball. He overcame the yips and now throws a fastball that can reach 100 MPH, something that the Astros bullpen lacks. In addition to his blistering fastball, Bard is in the 100th percentile in spin rates, 81st percentile in whiff percentage, and 82nd percentile in strikeout percentage. Bard is someone that the Astros desperately need. He brings the swing and miss stuff that the Astros bullpen lacks. He currently has a 4.15 ERA, but you have to remember, half of his games are played at Coors Field. The Rockies are obvious sellers this year and Bard only makes 2.1 million and is under team control until 2023. Not to mention, he was born in Houston.

It seems like Givens is always being mentioned around the trade deadline, and this year is no different. He has been a consistent arm wherever he has played and he brings another veteran presence that this bullpen desperately needs. He has high spin rates, an above average strikeout rate, and he misses the barrel of the bat. All things that the Astros bullpen desperately needs. Givens currently has a 2.91 ERA in 21 2/3 innings pitched, which is pretty damn impressive considering his home field is known as one of the worst pitching ballparks in the Majors. Givens is on a one year contract worth around 4.05 million, meaning he would be more expensive than the other two options, but he has way more experience and a much better track record.

There was a time when David Robertson was one of the best relief pitchers in the league. He’s currently playing for Team USA and last played in the Majors in 2019 with the Phillies. He struggled with injuries all year and had a 5.40 ERA. The year prior he had a 3.30 ERA with a 1.03 WHIP with the Yankees. I know Robertson is 36, but I think he should get a serious look. He has a career ERA of 2.90 and was once an All Star and I believe he can help this bullpen. In 2018 he was in the 90th percentile in spin rates, 94th in strikeout percentage, 91st in whiff percentage, and had great opponent BA numbers. This Astros bullpen is bad and let’s be honest, we don’t have a ton of money to spend. I believe that with the help of Brent Strom, David Robertson can become a key piece to this Astros bullpen.

Bottom line: It’s going to be very hard to win  the World Series with their current bullpen status, even with the eventual return of Pedro Baez, Josh James, and Austin Pruitt. We haven’t seen Pruitt pitch since 2019, and even then, he was average at best. Josh James has the stuff, but still needs polishing. Pedro Baez is a great addition, but again, we haven’t seen him throw a pitch this year. Something must be done to this bullpen. James Click, if by miracle you’re reading this, please, for my sanity, do something.

In this article:astros, bullpen, Houston, trade