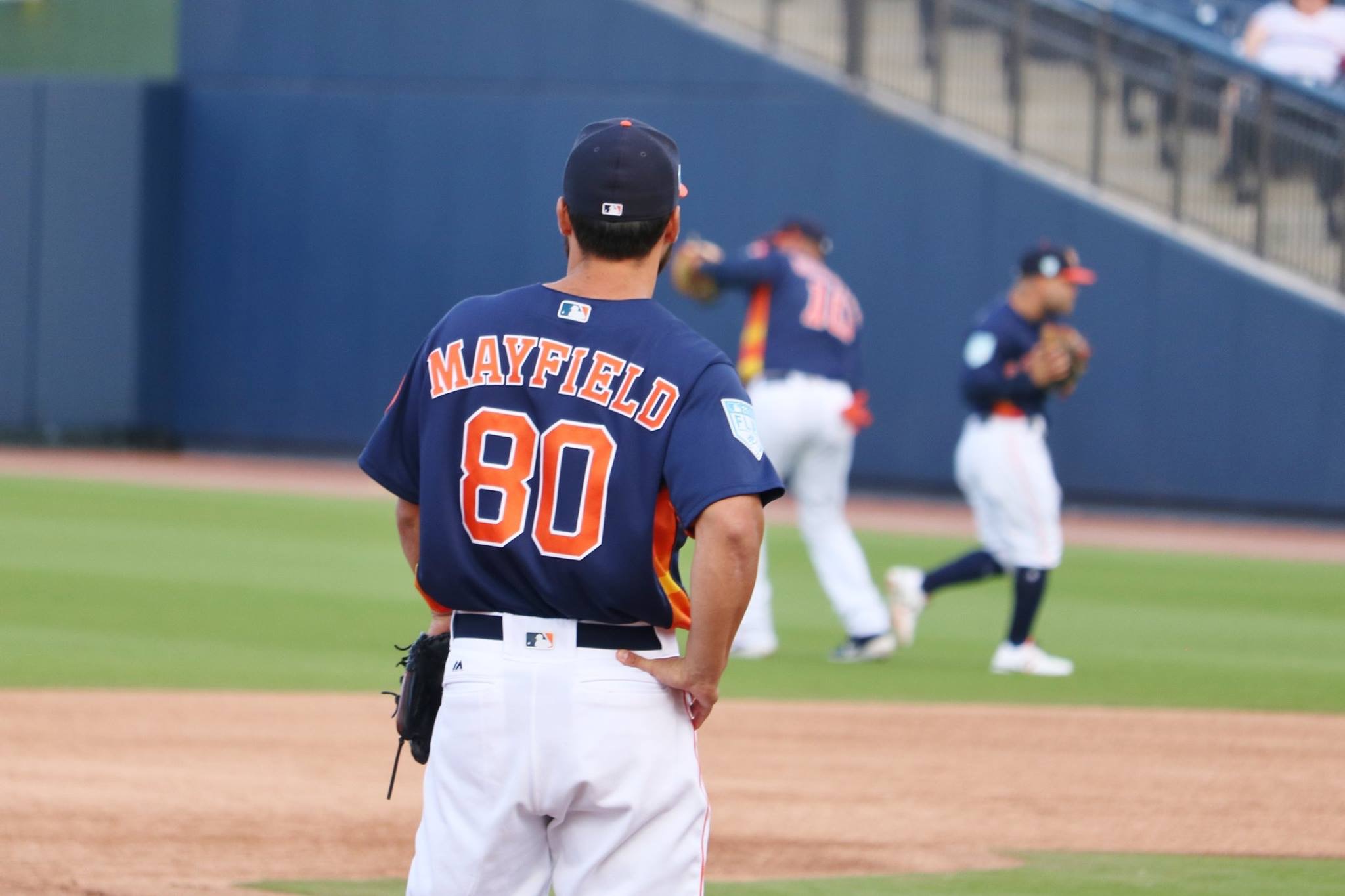 Keeping with the Underdog theme going on over at The Crawfish Boxes, this profile will highlight one of the Astros biggest underdog prospects in recent times, Jack Mayfield. From an undrafted free agent to the pros, Mayfield had quite the rise.

David Jack Mayfield was born and raised in Del Rio, TX where he attended Del Rio H.S. In high school, Mayfield was a three-time first team all-district honoree which included him hitting .481 as a senior. Coming out of High School Perfect Game had Mayfield as the 847th best player in the nation with a note that stated “very interested all around IF”. Mayfield would end up attending the University of Oklahoma.

In 2019, Mayfield would put together his best season as a professional. He played in 100 games in AAA and slugged 26 HR with a .916 OPS. He was called up in late May when Aledmys Diaz went on the IL. Mayfield would go back down and then come back up to Houston during September call-ups. He played in 26 games and finished with 5 2B, 2 HR and .497 OPS.

Just making to the high minors he was able to defy the odds. When he was called up, he truly prevailed as an underdog who went undrafted and eventually made his way to the show. Mayfield will be 29 for the 2020 season, if it ever happens, but he should be able to contribute to the Astros as a utility infielder if the opportunity is there.