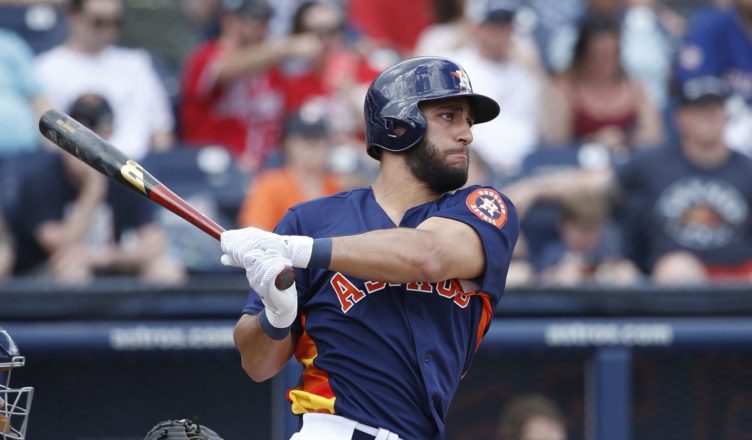 Now that 2020 is here, it is time to start looking at the top three prospects at each position as we lead up to the Astros top 30 prospect list. Helping me with these lists is Spencer Morris (@prospect_spencer). This week we will look into the third base position.

One of the better day two finds by the previous front office, Toro has steadily matured into a balanced offensive threat at the pro level. A switch hitter, Toro has a patient approach that has produced plenty of walks at every level, and has slowly tapped into more and more of his above-average raw power. Across Double and Triple-A in 2019, he had an outstanding .324/.411/.527 slash line with 17 homers, earning a big league callup. Toro has a big arm that’s an asset at his current position, third base, but if he remains with the Astros organization a move to the outfield or perhaps first base appears likely. He’ll go as far as his bat carries him, and if he’s able to get to all of his power, he could be a near-everyday player thanks to his on-base acumen.

Many teams were interested in Perez as a pitcher when the Astros selected him in the second round of the 2017 draft, but Houston was most interested in his raw power and defensive potential at the hot corner. Unfortunately, injuries have stymied his development since that point, as he’s only been able to appear in a total of 54 games. Perez has a big, 6’2″ frame and a big, but coordinated, swing. His approach is pretty rough at this point, and he’s always going to have a power-over-hit profile, but the raw power is easy plus and could be a carrying tool. The key for Perez going forward will be health, as he clearly needs reps at the plate to get his contact skills up to snuff, but he has one of the more intriguing ceilings at the lower levels for the organization currently.

Tanielu was drafted by the Astros in the 14th round of the 2014 draft. He has been extremely consistent with the bat during his career posting a career line of .295/.346/.444 in 536 games. We know average isn’t everything, but the lowest he has hit at any season during his minor league career was .285 between A+ and AA in 2016. Tanielu came up as a third baseman but they have started to play him at first and second base, adding to his versatility. He is more of a doubles guy than homers, but he can drive the ball to the gaps, evident by his 39 2B in 2019. He made his name known last spring when he hit .353 with 5 HR, leading scouts to believe that he can hit at the major league level. I think he has a chance to make his debut this season if the Astros run into some injuries.