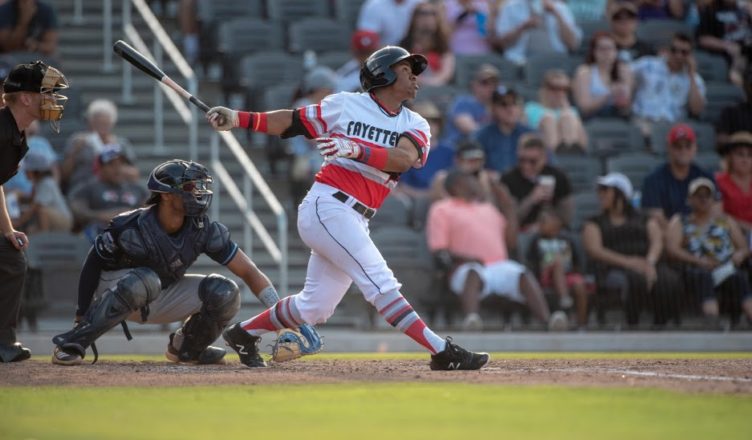 Now that 2020 is here, it is time to start looking at the top three prospects at each position as we lead up to the Astros top 30 prospect list. Helping me with these lists is Spencer Morris (@prospect_spencer). This week we will look into the second base position.

Santana was acquired by the Astros in the deal that sent J.D. Davis to the Mets. He isn’t very tall but is well built at 5’8″ and 175 lbs. Santana has nice bat to ball skills and has displayed a solid approach at the plate, evident by his exceptional walk and strikeout rates. He doesn’t have a ton of power but could still grow in to more later on. He is a decent baserunner, but isn’t going to steal many bases. He is a second base only prospect and is going to need his bat to carry him through the minors. But he has the skills to have a plus hit tool that could help him reach the MLB.

Like Santana, Valdez is a second baseman with a stocky build, though they differ in what they bring to the table. He is a left handed hitter and consistently barrels up the baseball. For the lack of size, he has shown some game power with 31 XBHs last season. Baseball America noted when he was signed that he isn’t a great runner or defender, so an offensive minded second baseman is probably his future. He performed really well in QC but struggled a bit in High-A in 2019. This season he will be 21 and hopefully can take a big step forward.

Duarte has been around a while, signed by the Astros in the 2013 signing period. He has the ability to play shortstop, or maybe CF, but for now, we are projecting him at second base. He is a very good athlete with an above average run tool. He doesn’t have big power, but does hit a lot of line drives and managed to hit 13 2B, 8 3B, 12 HR in the 2019 season for the Hooks. He is an older prospect, 23 in 2019, but still has the tools to be considered a prospect. If he manages to make more contact, his valuable would go up big time.