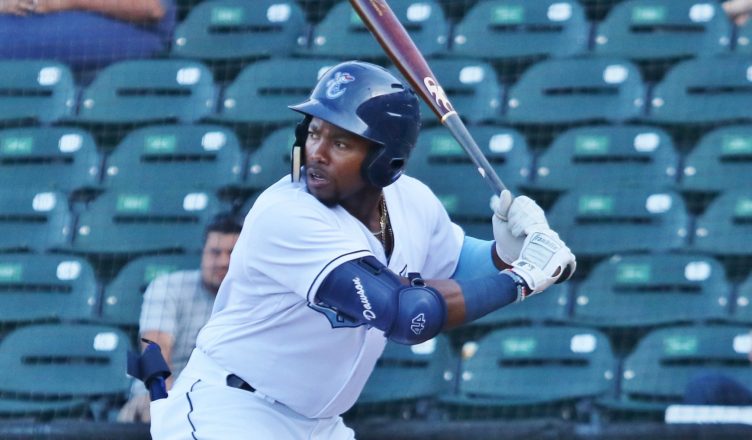 Now that 2020 is here, it is time to start looking at the top three prospects at each position as we lead up to the Astros top 30 prospect list. Helping me with these lists is Spencer Morris (@prospect_spencer). This week we will look into the overall outfield position. We will do a top five since tit can be tough to do each outfield position.

Barber was drafted in the 4th round of high school in the 2019 draft. He signed for $1 million, which was almost $600k over slot. Barber has very good bat speed and a knack for making contact. The left-handed hitter has above-average raw power and plus speed to keep him as a potential center fielder. Last year in played in rookie ball as an 18 year old and performed well with a .780 OPS in 28 games. He has a ton of potential and with a big year in Quad Cities, he could easily find himself in the Astros top 5-7 prospects.

An older prospect who took a long route to pro ball, Brewer has a football background and oozes tools including plus plus speed and above average power. Coming off a huge year for Michigan in 2019, he struggled at the plate a bit in his pro debut, but has the potential to impact the game in a number of ways. The hit tool is his biggest question mark as his swing tends to get long, but if he becomes even an average hitter, he could be a star.

McCormick has been a very pleasant surprise since being selected with a day three draft pick, and has now developed into a polished, versatile outfielder who projects to help out a major league bench. While not a blazing fast runner, McCormick is an instinctive defender who nonetheless covers a lot of ground. At the plate, he controls the strike zone exceptionally well, and has developed very strong on base skills. He doesn’t project for much over the fence power, but he has plays heady, well rounded baseball and can be deployed anywhere in the outfield, making him an ideal fourth outfielder.

Dawson was the Astros second round pick in 2016. He made his way to AAA last year but struggled overall posting a .698 OPS in 103 games. He still has above average power and has shown that in games. He is also an above average runner but struggled running bases last year being caught 10 times in 24 attempts. Baseball America called him the best defensive outfielder in the Astros system, which is a big deal. Solid defense, speed and power can help get him to the bigs, but he is going to have to improve his bat to ball skills (30.5 K% in 2019). He should start the season in AAA this year.

A lefty with light tower raw power, Taylor has pretty serious contact issues, but his quality of contact is outstanding. He also has excellent arm strength, and profiles in right field. He’ll need to hit for more contact than he has thus far as a pro, but given his pop and and ability to work walks, he can get by with low batting averages and still profile as a slugging reserve outfielder who can play either corner.

Alex McKenna – I had high hopes for McKenna coming out of college but so far he has struggled to stay healthy and on the field. He finally got some time on the field in 2019 but the results weren’t great as he had just a .630 OPS with 9 XBH in 65 games. He is only 22 years old and still has potential, but he has to find his power stroke again.

Ross Adolph – Adolph was acquired from the Mets and had a decent season in 2019 .723 OPS in 114 games. He has to make more contact though as he posted a 30.9 K% in 2019. He has tools to build on with some speed and power, but he might end up in the corner, which means his bat is going to need to carry him.