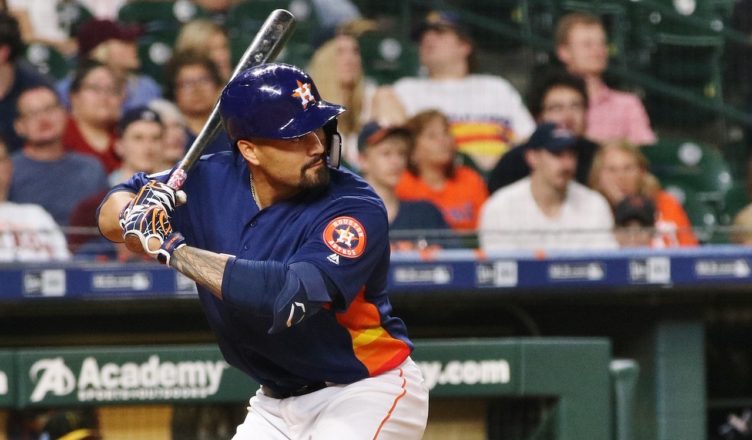 It’s been a while since I’ve done an interview, but with the season inching closer, I thought it would be a good idea to check in with Nick Tanielu and see how the off-season went.

The Astros have been able to find some diamonds in the rough, or guys drafted outside the top 10 rounds, and develop them into MLB players. This has been the case with Nick Tanielu so far, who was drafted in the 14th round. Tanielu was drafted following a very good redshirt sophomore season where he hit .340 in 53 games.

Throughout his minor league career, he has been consistent at the plate and posted a .295/.346/.440 slash line in 536 games. In 2019, he put together probably his best minor league season to date when he posted the following numbers for AAA Round Rock:

Nick was able to answer some questions for me in a quick Q&A. Lets get to know him a bit better!

AF (Astros Future): So if I am reading right, you had two years left of eligibility when you were drafted. What led to your decision to sign rather than go back to school?

NT (Nick Tanielu): “Yes that is correct, I was a redshirt sophomore. I chose to leave for the draft after talking to my family and coaches. Felt like it was the best decision for me. It has always been a dream of mine to play professionally so it was a no doubter once everyone else was on board.”

AF: How was the draft process for you? The workouts, interviews, etc.

NT: “The draft was stressful. Just never knew when the phone was going to ring, but at the end of the process I was happy and excited to begin my new chapter with the Astros.”

NT: “I grew up at a young age a Braves fan being the closest team to my hometown in Alabama. But once I moved to Seattle for HS and parts of college, I grew a heavy Seattle sports fan such as Mariners and Seahawks.”

AF: Was there a player you grew up trying to emulate? Who do you try to model yourself after now?

NT: “I grew up loving Chipper Jones. Just thought it was unbelievable how good he was, especially doing it on both sides of the plate. I don’t try to model my game after anyone now but there are a few I like and watch when I get the chance.”

AF: You’ve started to play a little bit more around the infield (1B, 2B). Do you prefer moving around or playing just one spot?

NT: “I deff prefer to move around the infield. With the game nowadays whatever way is easiest to reach the field is the route to go. I feel like the more positions for myself gives me the opportunity to do so.”

AF: After playing multiple positions, which one do you feel best suits your skillet?

NT: “I think I feel most comfortable at third but honestly, second and first feel great too. I just try to get as many reps in practice I can. Just so I’ll be ready during the game.”

AF: “Analytics” is a big buzz word now but have you been able to incorporate anything that just made something click for you?

NT: “For improving my game, I would say just trying to hit the ball in the air. Now I know people have mixed feelings about the plane train but for me I’m just trying to hit a line drive in the gaps and occasionally one out of the park.”

AF: Was there anything in particular you worked on this past off-season?

NT: “This off season I wanted to get leaner and work on my speed just so if I’m needed to play multiple positions I can. It’s been a great offseason of training but I’m ready to get rolling.”

AF: You have participated in a few spring trainings with the big-league club now. What was your favorite moment so far?

NT: “My favorite moment so far has to be playing in the exhibition game last year. It was my first time playing in a big league stadium since high school. When those bright lights turn on, all those days of dreaming as a kid reappear. It was a special moment.”

AF: Last spring you really hit the ball well and made your name known. How did it feel to put up such good numbers about MLB pitchers?

NT: “Last spring was fun but I try not to look into those numbers. The ultimate goal was to reach the big leagues and I failed at that. Every offseason you don’t reach your big league dream it’s back to the drawing board. So until I reach that goal, satisfaction comes at a minimum.”

AF: What is one thing Astros fans should know about you? Favorite TV show? Favorite non-baseball sport to watch?

AF: Thanks for the time, and good luck this season!