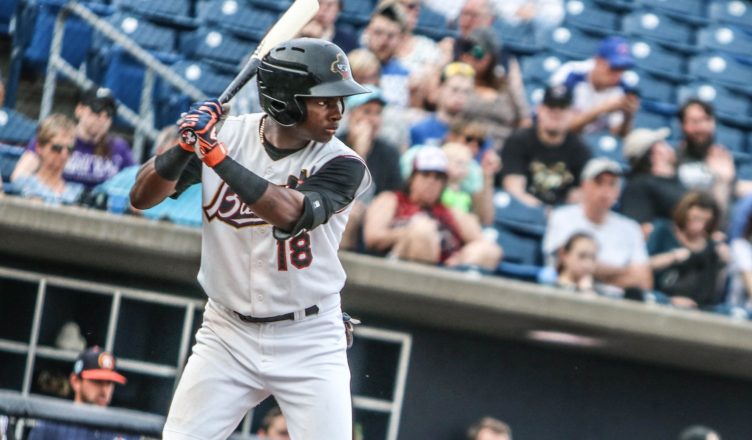 Another year, another strong season for the River Bandits. Here is a review of the Quad Cities’ 2019 season.

The River Bandits got off to a solid start going 13-10 in 26 games in April. They really turned things on in May going 21-7 in 28 games. Even more impressive was this stretch came during a time when Modern Woodmen Park was flooded and forced the River Bandits to played 40 of their first 43 games on the road. They finished the first half going 8-6 before the All-Star break finishing with a first half record of 43-23, and clinching a playoff spot with the first place finish.

They finished the month of June going 5-3. In July went 16-14 as they maintained a nice overall lead. They had their first down month in August going 14-16. Overall they went 36-34 in the second half, but made the playoffs due to the first half finish. They opened the playoffs with a three game series against Cedar Rapids. They won the first game 4-1 but lost the next two games as their season came to an end. Overall though, it was another successful season for the River Bandits.

Freudis Nova, SS
With the graduation of some of the top prospects, Nova has moved up as one of the top position player prospects in the Astros system. Nova made his full season debut in 2019 at just 19 years old, and had a lot of positives. Overall he hit .259 with 20 2B, 3 HR in 75 games. His power and walks spiked a bit in the second half. In the first 25 games he had 6 XBH and and just 3 BB. In the final 50 games he had 18 XBH and 12 walks.

Alex McKenna, OF
After a solid start to his pro career following the 2018 draft, I thought he could be a breakout guy in 2019. Unfortunately, he dealt with some injuries and struggled to be on the field consistently. When he got back on the field, he hit a decent .252 in 65 games. But this came with only 9 XBH (7 2B, 3B, HR). This is somewhat concerning coming from a possible corner outfielder. He will only be 22 next year but needs to improve the power.