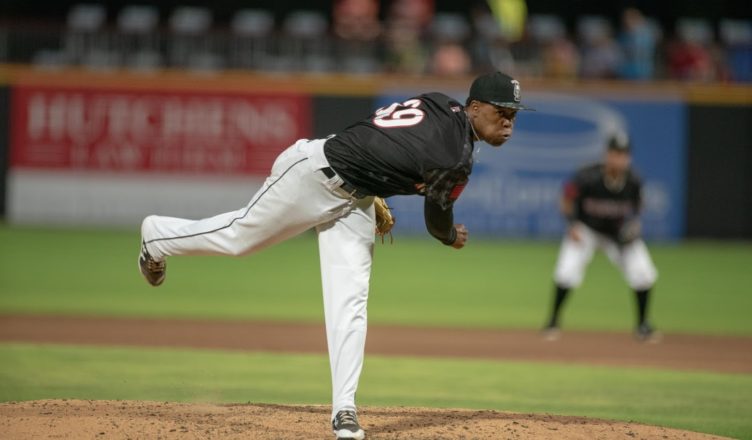 Diamonds in the Rough: End of the Year Sleepers and Standouts in the Astros System

Full season minor league ball is wrapping up, and the dog days of August are fading behind us. At this point in the season, it is a good idea to check on the status of prospects often lost in the shuffle. Here, we will focus on the success of those that find themselves on the wrong side of Top 30 Lists and Pipeline rankings. Every year, there are surprises that help out at the MLB level, from Josh James and Collin McHugh to Myles Straw and Jack Mayfield. These are some of the names you may be seeing in those roles within the next few years.

At the age of 21 and pitching for the AA Hooks, Willy Collado has risen through the ranks ahead of schedule. An under-the-radar signing from the Astros 2016 International Draft class, Collado has managed to avoid a top 30 list despite consistent success at the lower levels. Starting in A-ball to begin the year, Collado shot into A+ and then was bumped all the way to AA due to the departures in the Greinke package, with 38 innings spanning 18 games after the calendar turned to August.

As the Hooks do with many of their arms, he has been utilized as a multi-inning reliever, and has performed admirably in that role. At his most advanced level, Collado has posted a 2.13 ERA with 36 K’s in 38.0 IP and only 7 BB. That’s good for an 8.5 K/9 and a 5.14/1 K/BB ratio. He does not possess the elite strikeout potential of other top prospects, but his 1.7 BB/9 is elite for a 21 year old reliever. Additionally, Collado’s career ERA in the minors is a fairly impressive 2.88. If he continues at his pace, he could find himself in the majors on the younger side of 25 and if there are tweaks to be made to improve the strikeouts, the Astros are the organization to do it.

De Goti is the epitome of a blocked player, but the Astros are surely appreciative of the depth behind their oft-injured middle infield. A solid defensive SS in his own right, De Goti has been consistent all year – only 5 errors in his 400 innings at short, and 4 in 450 innings at second – good for a .970 fielding %. In 2018, he found consistency at the plate and hasn’t wavered in nearly two years.

A potential cost controllable replacement for Yuli Gurriel could be the in-house option of Taylor Jones. At the age of 25, Jones appears to have figured something out in his approach, leading to him getting bumped into the MLB.com Astros Top 30 with the departure of Beer, Martin, JBB, and Rojas. The 6’7 lanky first baseman has 22 homers in AAA this year, and a terrific .889 OPS in the admittedly offense-inflated PCL. Jones exists as a testament to the thorough work done by MLB scouting departments and player development, signing out of Gonzaga for a mere $2,500 in the 19th round of the 2016 draft.

While his hit and power tools grade out as average (45 and 50 respectively by MLB.com) he would not be the first prospect to overperform his raw tools. For such a large hitter, he walks a surprising amount as well (68 BB to his 112 K), signaling a good understanding of the strike zone. For reference, Jones has a better K/BB ratio and OPS than Aaron Judge in his AAA season at the same age. Already an above average defensive first baseman, putting on functional weight and strength is important for more power to come, as the PCL often inflates power stats for hitting prospects.

Torres is not currently on any Top 30 list, but that should certainly be changing soon. The 24 year old international signing is joined in the Woodpeckers’ rotation by a similar prospect in the younger Luis Garcia. At 24, he is a little behind the curve in terms of moving up the farm system, but in terms of raw stuff you won’t find better. Torres fits the Astros pitcher mold, a flamethrowing starter that can reach 100 MPH with his fastball and a quick, hard slider in the upper 80’s. He has been able to refine a changeup into what Astros personnel describe as a “plus” pitch, and so now boasts a three pitch mix.

Between A/A+ levels this year, Torres has posted a 10.2 K/9 and a miniscule 1.71 ERA. His 4.4 BB/9 are a concern at his age, but with power pitchers that is really rather tame. He struggled with his control in June, posting 17 walks in that month alone, but otherwise has been reasonably controlled. Torres projects as an electric backend starter or bullpen arm, and will be extremely exciting to watch going forward.

While his older brother is back on the MLB team, the younger Stubbs has quietly been finishing off his 2019 campaign on a tear. In his first taste of full season A ball, C.J is slashing .328/.371/.621 over his first 16 games. A small sample size, but with the catcher position thin in the Astros farm save for Korey Lee, offensive production from a young catcher taken in the 10th round is encouraging.

To round out the list, there’s Peyton Battenfield. This year’s 9th round selection out of Oklahoma State, Battenfield was thrown into short season A ball and came out with mostly positives. He was a starter at OSU, but assumes a relief role in the Astros system. Love it or hate it, the comparison to Chad Qualls has already begun to be spoken in Astros circles. Battenfield has a low 90’s fastball that tops at 95 with some sinking movement, a solid sweeping curveball, changeup, and a fourth pitch that he does not clarify as cutter or slider, but has that movement. In his 14 games of multi-inning relief, the 9th round selection posted a 1.6 ERA in nearly 40 innings, with 46 SO and 15 BB. If he can manage a tick up in the K/9 and a tick down in the walks, there’s a chance Battenfield can be an elite relief prospect without the flamethrowing fastball that we are accustomed to seeing.

View all posts by Ben Zeidman →