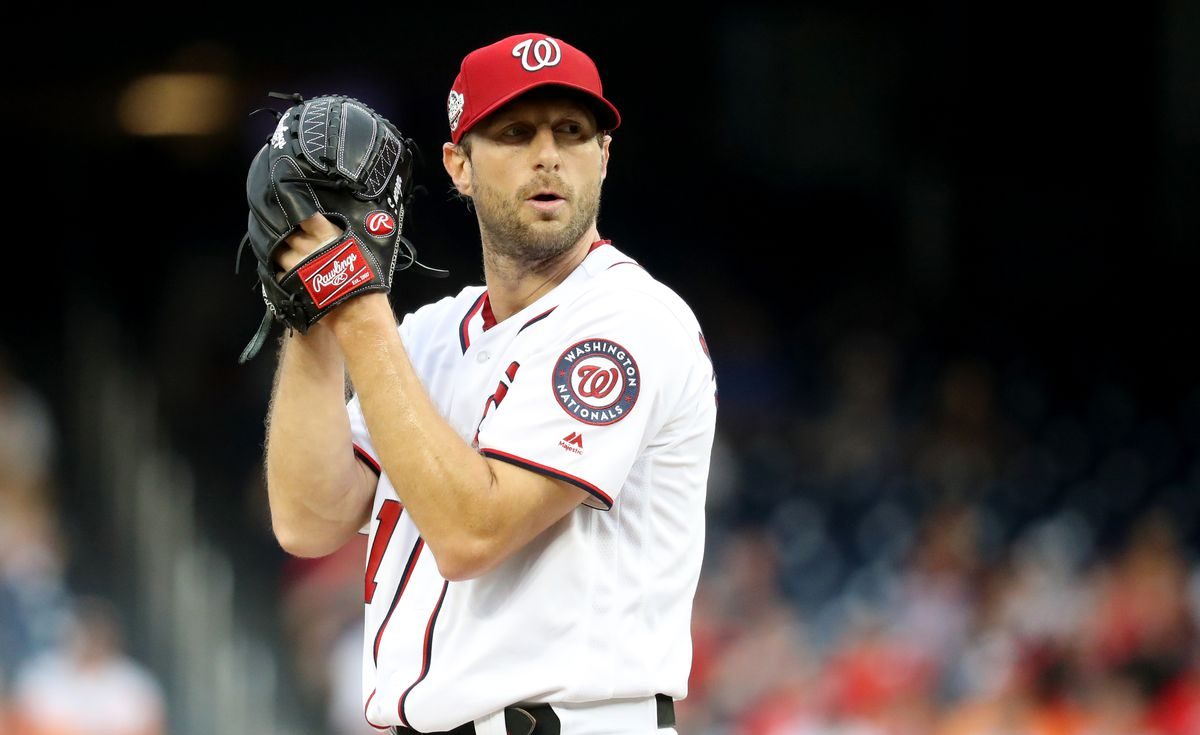 Hear me out for a few seconds and I swear this will all make sense after the details have been laid out for all to see.

Just a few short years ago the Washington Nationals were a team that looked ready to take the next step in the postseason. From Bryce Harper’s long anticipated rookie season in 2012 right up until the end of 2018, the Nationals finished either first or second place in the NL East. In four of those seasons they made the postseason and sadly could never once get over the hump, becoming a first round exit in all four postseasons.

To make matters worse for D.C, as Bryce Harper’s 13 year deal with the Phillies seems to indicate, it looks like the National’s seven year window of relevance has come and gone as the Nats have now gotten off to a rough 19-31 start. As we enter June, the Nats are already 8.5 games back of a wild card spot, as well as 10 back in the division.

The NL East looks set to run through Atlanta and Philadelphia for the foreseeable future, and as the Nats stare back down at a farm system that is in the bottom third of the league, it looks like the Nats could officially become sellers for the first time in 8 seasons.

Here’s where it gets interesting: If the Nationals know what’s good for them, it’s time to officially put Max Scherzer on the trade block.

Mad Max Scherzer has been one of the best pitchers the game has seen in his 5 seasons in Washington D.C, but Scherzer really began his dominant run in the last two years of his Tigers tenure, finishing in the Top-5 of Cy Young voting in his last two seasons in Detroit and continuing that trend in each of his four full seasons in Washington D.C, tallying up six consecutive seasons of finishing Top-5 in Cy Young voting, including actually winning it three times. Mad Max will turn 35 in July, so age could begin to slow him down but as Justin Verlander has proven, age is just a number.

Scherzer has a reputation as the ultimate competitor on the mound. It is a tragedy for any pitcher like him to be left on a team going nowhere in 2019 and with much uncertainty moving forward. It doesn’t make sense to let a good, albeit older, pitcher waste away whatever good seasons have left (however many that is, no one knows), even if it is Max Scherzer.

There’s more smoke to this fire. What exactly has to happen in order for the Nats to entertain the idea of trading Scherzer? Someone’s got to figure out the contract. After this season, Scherzer is entering the final two years of his 7 year, $210M contact. This is where things get complicated for the Nationals, as Scherzer’s no-trade clause kicks in next year, meaning his value is sure to take a hit knowing now that the Nats will be restricted in who they can do business with.

To really complicate things, Scherzer’s contract isn’t even close to coming off the books for the Nats. Scherzer, even after his contract “expires” after 2021, is still owed $105M of his contract in deferred money to be paid from 2022 through 2028, meaning the Nationals will be paying Scherzer $15M a year until he’s 44 years old, long after he dons the red and white for the last time.

To recap the magnitude of the situation, the Nationals, quickly falling from grace by the day, have one of the best pitchers in baseball on a team that is going nowhere. They have him on a contract that will pay him another $105M simply for not showing up after the contract is up, and after this season, his trade value takes a hit as he enters his age 36 season with the ability to activate his no trade clause.

There’s no debate. There is no better time to trade Max Scherzer than this season.

Assuming they actually decide to put him on the market, what could this mean for the Houston Astros?

Trading for Max Scherzer gives them their third ace to slot in the rotation, thus pushing Gerrit Cole to the #3 spot in the rotation, easily becoming the best #3 in the game when it comes time for Postseason baseball. It gives the Houston Astros perhaps the greatest 1-2-3 punch of strikeout artists this game has ever seen. It reunites old teammates in Justin Verlander and Max Scherzer, and all in all it helps the Astros cope with the pending loss of Gerrit Cole to Free Agency when the season comes to a close.

For Max Scherzer, coming to Houston represents an opportunity to pitch once again for a team slated to win their division make a deep run in the postseason. It gives him one of the most prolific offenses and statistically one of the best defenses in baseball backing him each time he takes the mound, and it finally offers him a chance to get back to the World Series for the first time in 7 years, and his first time in Mad Max form.

Now that I’ve laid out all the details surrounding Max Scherzer, what might a Scherzer blockbuster trade cost a contending team?

Despite currently pitching in his age 35 season, he still has the two seasons left on contract. He’s off to a slower start in 2019, but still leads all of baseball in pitcher WAR at 2.5. Only three pitchers have eclipsed 2 WAR already, Matthew Boyd and Stephen Strasburg both at 2.2. If this is the production you get from a pitcher who is considered off to a slow start, then we finally understand the buzz that could begin to surround Scherzer and the possibility of him being dealt in July. Pitching once again for a team in playoff contention could be another added bonus to Scherzer that would allow him to really display his lovable, dominating psychopathic tendencies on the field. The real price for him depends on how much of the deferred money a team is willing to eat. Eating something like $30M-$40M of the money still on the books after 2021 could be just the right thing to bring the Nats to the table, fully ready to cooperate and discuss a deal.

Should a team like the Astros call up the Nationals and offer to eat a chunk of the deferred money as well as offer a three prospect package headlined by a strong pitching prospect or a dynamic bat, that could be the kick the old tires would need to begin what could become the trade that sends the baseball world into a frenzy, the one that results in Mad Max packing his bags and trading places. The Astros meanwhile would add yet another arrow to their quiver, a third ace up their sleeve, and would become favorites in their quest to win their second World Series in three years.

Do I think the Nationals will trade Max Scherzer? Not yet at least. I’m not sure baseball is ready for it.

Regardless of if baseball is ready or not, the clock does not stop ticking and as the Nationals fall further from contention in route to the Trade Deadline at the end of July, the heartbeat of the franchise as well as the factors that are attached to the possibility of Scherzer on the move cannot be overstated.

The Nationals will be faced with a tough decision. Do they blow it up, all of it, and rebuild the farm to try and get back to the top of their division? Or do they keep the fan favorite in Scherzer, stay the course and see what they can come up with in the upcoming years? Too many factors suggest that the latter would be the wrong move.

It might not be the most popular move, but for the future success of the franchise, it’s the best move they have. Max Scherzer has to be on the move.