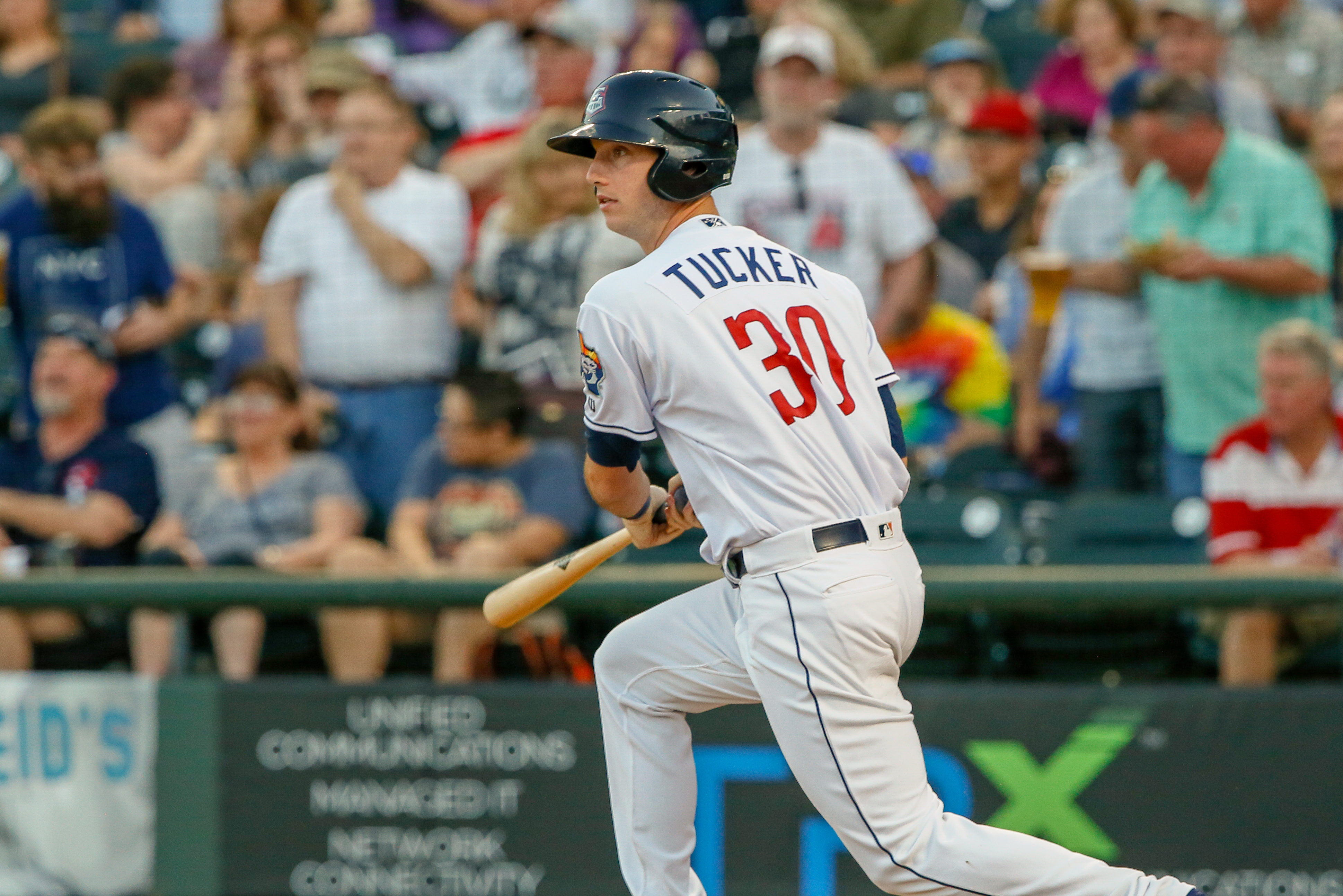 The Round Rock Express played the Nashville Sounds in an Pacific Coast League baseball game at the Dell Diamond in Round Rock, Texas, on April 9, 2019. The Nashville won 3-1. (Andy Nietupski / Through the Lens Sports Media)

The Great Debate: Alvarez vs. Tucker

The race to be the first position player called up to the Astros in 2019 is not really close anymore. Yordan Alvarez is making a case to be called up literally any minute now, while Kyle Tucker is not doing much to keep pace. It’s amazing how things can change in just over a year (remember Ted Tucker?).

The case for Yordan boils down to two points: (1) he is currently the hottest hitter in all of minor league baseball and (2) the Astros could use some more production from the DH spot.

Let’s hammer home the first point with some eye-popping numbers. At the time of writing (he’s hitting so many homers, he may hit another before I can finish writing) Yordan is hitting .339 with 10 HRs and 26 RBIs in 17 games so far this season for AAA Round Rock Express. He is lighting AAA on fire.

And it’s not like this just came out of nowhere. Coming into the season Yordan Alvarez was pretty much the consensus number 2 overall position player prospect in the organization, just behind Tucker, based on all available rankings including our own AstrosFuture top 30 Rankings. In 2018 the Cuban slugger impressed across two levels slashing .293/.369/.534 with 21 doubles and 20 HRs in 88 games for AA Corpus Christi and AAA Fresno.

What is most surprising is the fact that Kyle Tucker actually outperformed Yordan Alvarez in the minor leagues last season. In 2018, Kyle Tucker slashed .332/.400/.590 with 27 doubles and 24 HRs in 100 games for AAA Fresno. Of course, when Tucker got the call to the big leagues, he was rather underwhelming. And when you combine that with his uncharacteristically slow start to this season, there is reason for concern.

Don’t get me wrong, this is much more of a praise for Yordan than a tear down of Tucker as I’m still not ready to give up on Tucker, but it feels like Yordan Alvarez will make his big league debut very soon and Kyle Tucker could get left behind.

The current roster make-up is a significant factor in the debate. Yordan profiles as more of a DH/1B type while Kyle Tucker’s athleticism lends more to that of an everyday outfielder. The current Astros OF is a tough one to crack, but the DH spot is more up for grabs, making it that much more likely that it will in fact be Yordan Alvarez who gets the call before Kyle Tucker.

Another big factor is roster space. Of course to make room for Alvarez on the 25-man roster, a position player would have to be moved off the roster. Tony Kemp and Tyler White are the two most likely players who could get cut at the expense of Alvarez. Even though White has had a slow start to the season and Kemp is more of a fill in piece, the Astros front office will still be reluctant to move either of those guys at this point. If Yordan Alvarez continues to light the world on fire though, they may have no choice.