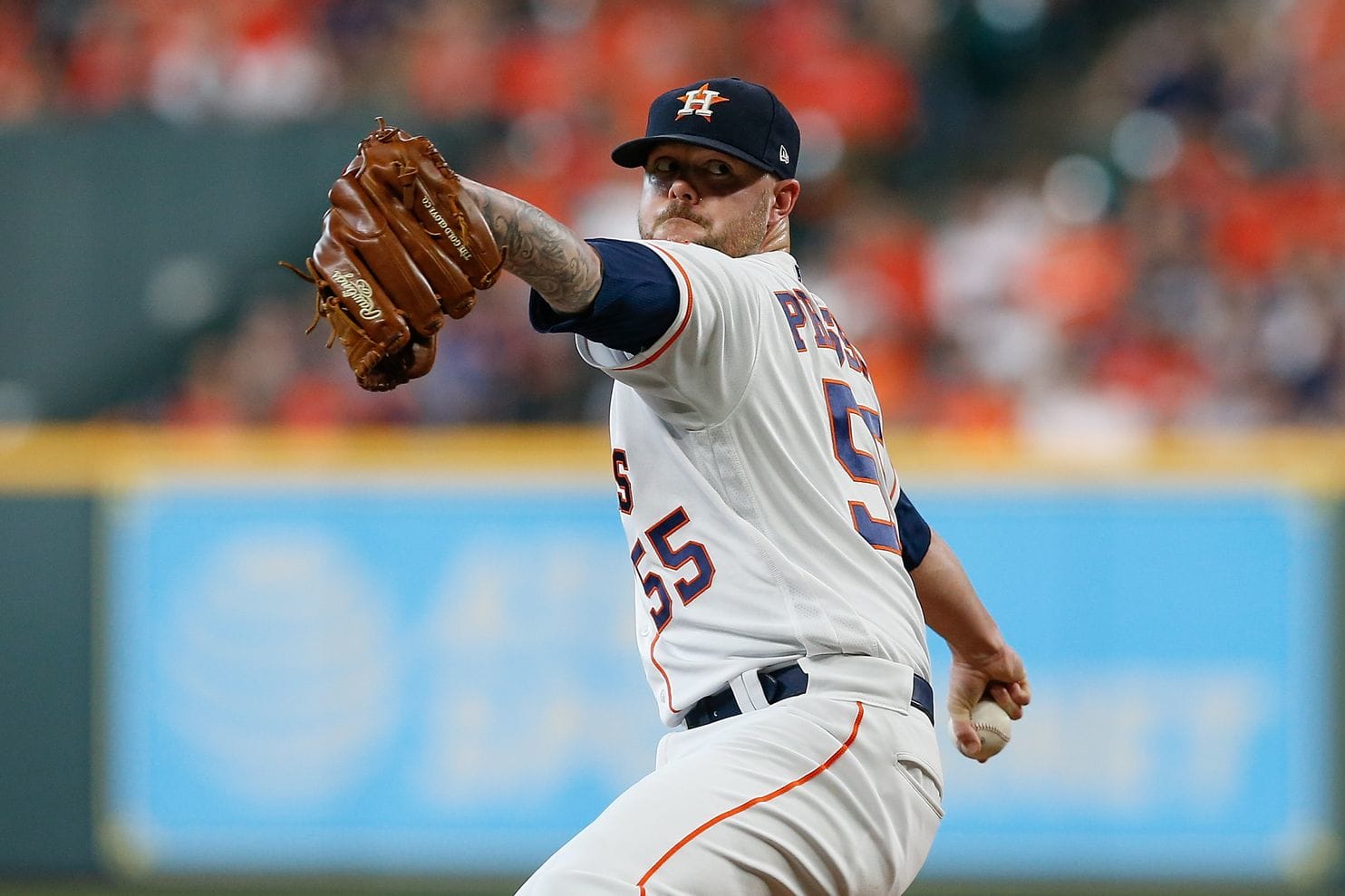 These days the Houston Astros — or the Show Stros if you ask Alex Bregman — are as high profile as any team in the Big Leagues. The squad is loaded with stars that get regular national media attention. So that makes my task a little harder. I wanted to highlight a couple guys on the Major League roster who are a bit under the radar as of now but who I think will be well known by not only Astros fans, but by baseball fans across the country, by the end of this season.

The lock down reliever was just locked down by the Astros through the 2021 season when he signed a two-year, $17.5M extension March 20th. Pressly was shipped over to the Astros from the Twins in late July 2018 near the trade deadline. Before the trade, Pressly was already in the midst of a career best season, but from the time he stepped foot in Houston, he was absolutely dominant and quickly became my personal favorite Astros’ bullpen arm. From July 28 to the end of the season, he went 23.1 innings with a 0.77 ERA, 0.60 WHIP and an almost unbelievable 32:3 K:BB ratio.

Ryan’s story is a familiar one — an effective Major League pitcher with strike out stuff comes over to the Astros and takes a step forward becoming a highly effective Major League pitcher. The front office identified Pressly as a pitcher that fits their system perfectly, a high-spin-rate, fastball-curveball guy that gets a lot of swings and misses. His 34.6 K% in 2018 was in the top 5% of MLB according to Baseball Savant.

He also changed his plan of attack after coming over to Houston and working with pitching coach/legend Brent Strom. He started throwing more curveballs and pretty much ditched his 2-seamer, similar to what Gerrit Cole and Charlie Morton did when they came over.

Fangraphs’ Steamer Projections have Pressly projected for a 10.74 K/9 ratio in 2019, but no one would be surprised if he passed even that high of a number. Look for Ryan Pressly to dominate once again this year out of the Astros’ bullpen and hopefully get the national recognition he deserves.

This one is a little tougher, because the Great White has been around the team long enough to have an affectionate nick name among fans and is pretty well known in Astros circles. He still doesn’t get quite the national love that he deserves but the guy can flat out hit. Similar to Pressly, Tyler White caught fire in the second half of 2018, slashing .287/.350/.531 with a 147(!) WRC+.

So why is this finally the year that Tyler White becomes a star? The biggest reason is his clear path to playing time. With the DH spot up for grabs and possibly some time to share at first base, White has a chance to get regular ABs for the Astros all year. With enough opportunity and a little job security, it will be fun to watch what the Great White can do this season.

The former 33rd round pick out of Western Carolina University who went undrafted out of high school knows something about being underrated and outperforming his projections. At the very least he will be another tough out in the lineup; at best, he will add his name to the list of Astros star position players.

Of course we still have guys like Forrest Whitley, Kyle Tucker, Corbin Martin or J.B. Bukauskas who could make the jump from top prospects to household names some time this season. And don’t forget about Josh James who has already impressed in his debut but could make a big jump onto the national scene this season. All in all, it is a good time for the Astros’ future.