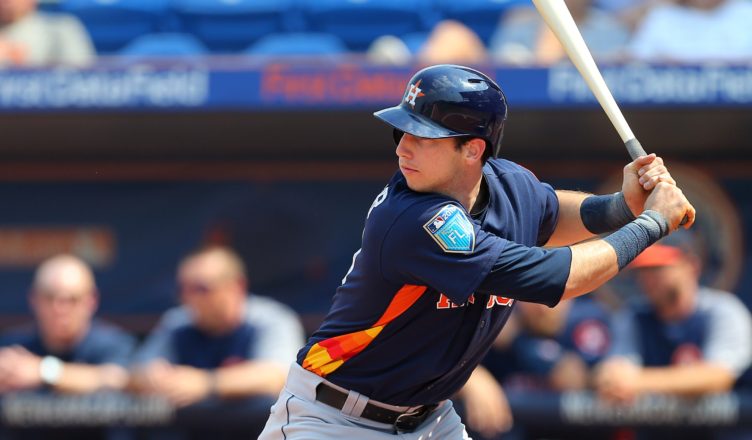 Now that 2019 is here, it is time to start looking at the top three prospects at each position as we lead up to the Astros top 30 prospect list. This week I will look at the right field position. Placing outfielders in certain positions is tough but I will do my best.

Tucker came into the season as the Astros top position player prospect and the #15 prospect in all of baseball by Baseball America. He did not disappoint in 2018 and actually moved even higher in the pre-2019 lists. He started the season in AAA as just a 21 years old and dominated the Pacific Coast League. In 100 games he had a .990 OPS, 24 HR, 93 RBI and a 155 wRC+. He posted respectable walk (10.3 BB%) and strikeout (18.1 K%) numbers as well. He was eventually promoted to Houston and struggled a bit, but numbers indicate he was quite unlucky and didn’t really get enough opportunities to bounce out of it. Here is a good read on Tucker and his 2018 season. Astros fans should expect to see a lot of Kyle Tucker in 2019.

Machado was signed by the Astros in 2014 and first played in 2015. He made his stateside debut in 2016 and played in rookie leagues for a few seasons. He played the 2018 season at Tri-City at 20 years old and put up solid numbers. He had a 123 wRC+ and only struck out at a 12.3% rate.
Baseball Prospectus noted that Machado is a solid contact hitter with good plate discipline and that showed in 2018. He is listed at 6’2″ and just 170 lbs so he has room to grow and add power. He will be a guy to watch in 2019.

Wrenn was a 6th round pick in 2016 and looked like a steal early on. He struggled a bit in 2017 and things were about the same for him in 2018. He played the entire season in AA playing in 121 games. He showed why he was a 5th round pick at times, stealing 44 bases and hitting 23 2B and 9 HR. Unfortunately it came with 138 K. He is a solid defender and has a strong arm that will play in right field. 2019 will be his age 24 season so hopefully he can put the tools together.