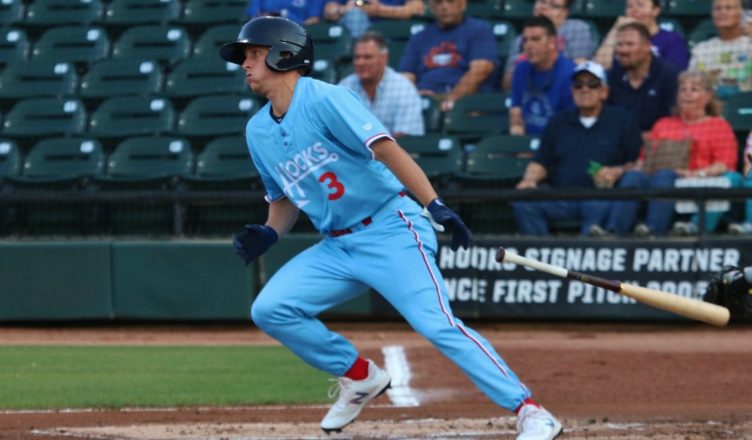 Now that 2019 is here, it is time to start looking at the top three prospects at each position as we lead up to the Astros top 30 prospect list. This week I will look at the centerfield position. Placing outfielders in certain positions is tough but I will do my best.

Straw has steadily made his way through the system after being a 12th round pick in 2015. He hits for average, draws walks, and steals bases. He started the year in AA and hit .327 with a .414 OBP in 65 games. He was also 35-41 in stolen bases. He was promoted to AAA and played in 66 games hitting .257 with .349 OBP while stealing another 35 bags. Overall he hit .291 with 70 SB in 131 games. He saw some time in Houston too and was 3-for-9 with a homer. He possesses plus speed and is probably the fastest player in the Astros system. He also has a very strong arm and with the his speed, should be able to be plus in center field. Either way, his skillset is one that will keep him around for a while.

Dawson was drafted by the Astros in the 2nd round of the 2016 draft. He had a solid 2017 season and followed that up with a solid year in 2018 as well. He started the year in High-A and had a .728 OPS with 18 2B, 10 HR, 29 SB in 90 games. He was promoted to Corpus Christi where he played in 29 games and had a .859 OPS and 6 HR. He finished the year with a .762 OPS and a 114 wRC+. Dawson will have to cut down on the strikeouts a bit but he does draw some walks. He has solid power from the left side and, from reports, improved a ton defensively last season. Dawson is one of the more intriguing prospects with his power and speed combo.

McKenna was drafted by the Astros in the 4th round of the this year’s draft. He put together a solid showing in his Astros’ debut. Following the draft he played for Tri-City and had a .958 OPS with 7 2B and 5 HR in 32 games. The Astros then moved him up to Quad Cities where he had a .772 OPS in 12 games. Overall he had a 164 wRC+. McKenna has solid power and is a good runner. He has plus instincts and quickness in center field which should help him stick there. He will be a fun prospect to watch next year as he plays a full season in the system.

I know I’m doing top three by position but I had to include a 4th in here at center field.

Adolph was recently acquired by the Astros in the JD Davis trade. Adolph was a 12th round pick by the Mets in the 2018 draft. He played in short season ball in 2018 but showed his ability posting a .857 OPS with 9 2B, 12 3B, 7 HR, 14 SB and a 147 wRC+. It appears the reason he fell was some past medical history but he was healthy this past season. He has plus raw power and speed. I haven’t been able to watch him but after reading reports, he seems to be a very good athlete and has a chance to stick in center field. The Davis trade looks like a solid one on paper right now.