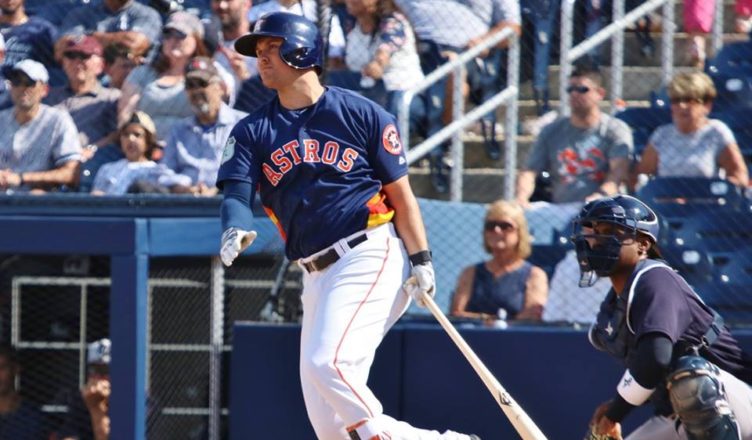 The Astros announced on Sunday that they completed a trade with the New York Mets, sending over J.D. Davis and Cody Bohanek and acquiring OF Ross Adolph, C Scott Manea, and INF Luis Santana. Lets take a look at the new guys. I’ve also added a tweet from Ben Wilson of Prospects 1500 who covers the Mets farm.

Luis Santana (INF, 19 y.o.) — Luis is the most exciting prospect of the three, but also the youngest by a few years. The 19 year old infielder was signed by the Mets as an international free agent out of the Dominican Republic in 2016 as one of their more expensive signings and ranked among their top 30 prospects at the time of the trade. In his short time in pro ball thus far, the kid has done nothing but hit. Across 3 seasons his career numbers are astronomical: .329/426/.465 with a 64BB/52K ratio. Although he has hit just 7 homers, he has shown some pop with his 29 doubles. The source of excitement behind Luis is a quick bat and an outstanding ability to make consistent, hard contact on all types of pitches. He is also a second baseman considered to be a bit “undersized.” Sound like anyone you know?

Ross Adolph (OF, 22 y.o.) — Ross is a member of the Mets’ most recent draft class, a 12th round pick in the Amateur Draft last June out of the University of Toledo. He impressed in his first professional season with the class A- Brooklyn Cyclones last year, putting up a .276/.348/.509 with 12(!) triples, 9 doubles, and 7 homers. He added 14 stolen bags to go with his .857 OPS. The scouting report on the 22 year old before the draft said he is a power hitting lefty who is an above average runner and thrower in the outfield and we now have one season of evidence that he can live up to that at the professional level. Ross will have to put up numbers at higher levels and climb his way up the Astros’ minor league system if he wants to compete for a call up, but if nothing else, he adds yet another solid minor league player to the organization.

Scott Manea (C, 23 y.o.) — Scott was signed by the Mets as an undrafted free agent in 2016 after leaving North Carolina State. Manea did not do much to impress until the 2018 season where he turned in an all-star performance for the class A Columbia Fireflies. In 100 games he hit .261/.368/.432 with 23 doubles, 12 homers, and 53 RBI. Scott comes in looking to provide depth to an organization currently light on catchers.

As with all trades, we won’t truly know which side came out on top until some time in the future, but the Astros got a good return in this one. J.D. Davis and Cody Bohanek will be missed around the organization surely, but J.D. didn’t have a clear path to playing time and Bohanek was not one of the Astros’ top guys. On the other hand, each of the three new guys brings depth to the organization and Santana probably provides the most upside of all 5 players involved. It appears the Mets were aggressive in going after J.D., so hopefully he will have a shot at consistent Big League at-bats and we wish him the best, but I think the Astros’ future is better off having completed this deal.