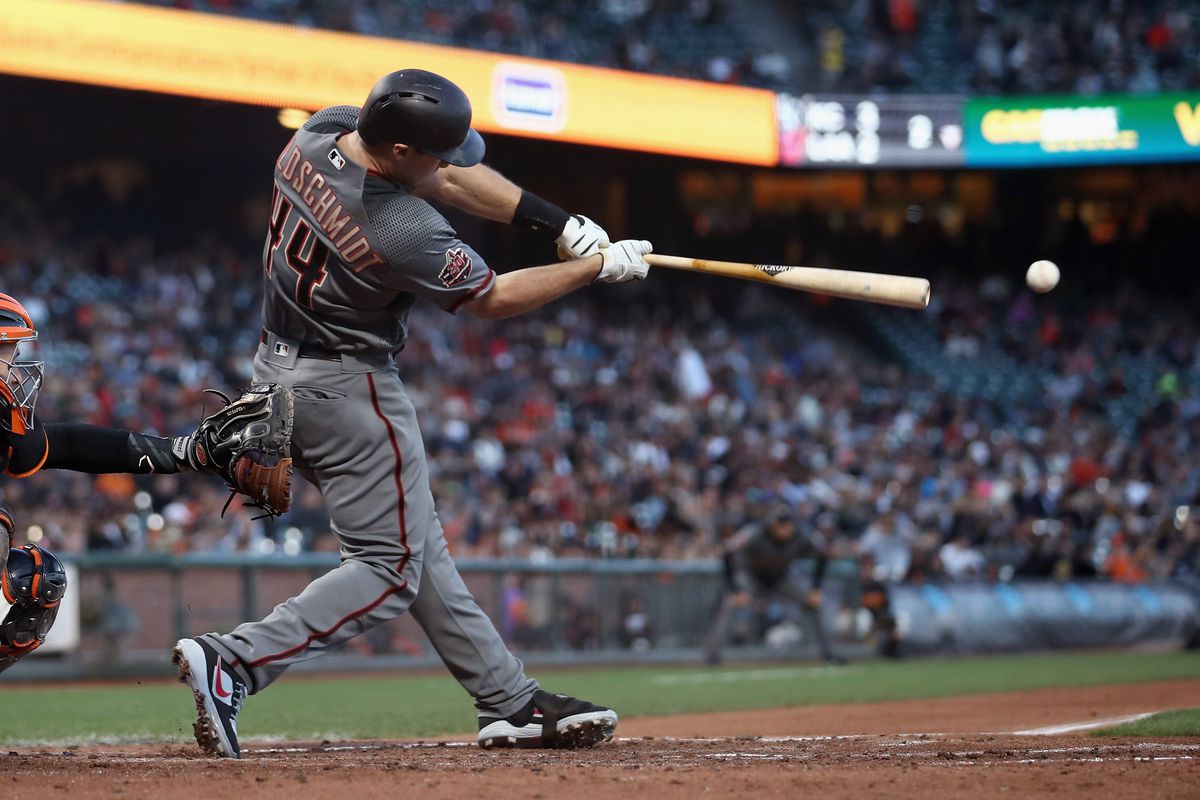 Fresh off a disappointing finish to 2018 for the defending Champion Houston Astros, the team now revs up the offseason Hot Stove once more. Last Hot Stove brought Pirates ace Gerrit Cole to Houston, as well as relievers Hector Rondon and Joe Smith.  This year, the Houston Astros look to both the Free Agency market as well as trade proposals for potential fixes to a suddenly-lacking rotation as well as an offense that loses both postseason catchers as well as DH Evan Gattis.

Some interesting names could find their way onto new teams, so let’s highlight some players that Jeff Luhnow and the front office could look to add before the 2019 season.

There perhaps isn’t a more complete catcher in baseball than JT Realmuto. Realmuto is coming off the best season of his career, hitting a slash line of  277/.340/.484 with 132 H, 30 2B, 21 HR, 74 RBI, 131 OPS+, 7.2 BB%, 19.6 K%, 38 CS%, and his highest WAR to date at 4.8, all while playing for a Marlins team that finished 63-98. Realmuto is perhaps the most athletic catcher in baseball, one that possesses a 1.9 pop time as well as the potential to steal bases himself. The production he puts forth at the plate as well as behind it makes him one of the most valuable assets in baseball.

The price tag the Marlins has on him last winter was enough to keep him in Miami for another season. However with no desire to sign an extension with the Marlins, Realmuto may finally be on the move this offseason. With two years left on contract, the price tag will be lower than last offseason but will still cost a fair package to acquire him. I expect the Astros will continue to be in the sweepstakes until the end.

Ramos is the best catching option in free agency and coming off a two year, $12.5M contract heading into his age 32 season, Ramos is going to look for a raise and some security on his new deal. Where Ramos ends up most likely will be determined by who offers the most money. If the Astros make a deal for a catcher, I believe it will be for either of the two.

When Abreu came to the states from Cuba back in 2013, the Astros were a finalist with the Red Sox and White Sox to sign him. After signing with the White Sox and making his debut in 2014, Abreu has been a staple in the White Sox lineup for the last 5 seasons, hitting 25 or more HRs and 100 RBIs in his first four before being sidelined in 2018 with a severe “lower body/groin area” injury which took him out for over a month of games. Despite this, Abreu was still able to hit 22 HR and 78 RBI, 36 2B in 138 games.

The Astros were linked to Abreu at the deadline last season but nothing materialized. Chances are they will be interested again in acquiring the power hitting 1B. The White Sox most likely won’t contend next season, and with Abreu’s contract expiring at the end of the season, the Sox can decide if they want to maximize his value now before the season or risk waiting until the trade deadline to move or keep him. If they again make him available, expect the Astros to rekindle their interest.

A few months ago, no one expected Goldschmidt to be made available on the trade wire. However with financial inflexibility within the franchise and only one year left on contract, the D-Backs have started listening to calls on Goldschmidt. That’s a huge eye-opener. Paul Goldschmidt has been one of the best hitters in baseball for the last seven seasons, consistently racking up 30 HRs, 170 H, 35 2B and hitting at or around .300 year in and year out. He’s also only two years removed from stealing 32 bases. All in all, Goldschmidt is the jack-of-all-trades.

Where it gets interesting is the fact that Goldschmidt is a Houston native and played baseball at Texas State University. One can only assume Goldschmidt would love to play for his hometown, and recent trends suggest the Astros would not just want it to be for a lone season. Jim Crane has long said when it is time to open the checkbook he would do it, and he has backed this up by being linked to big names like Abreu, Masahiro Tanaka, and Yu Darvish in their original free agencies. Just last year the Astros were a strong player in the Giancarlo Stanton sweepstakes…The same Stanton that is signed to a 13 year, $325M contract. Could Houston trade for a guy like Goldschmidt and sign him to an extension to continue playing in his hometown? That’s not out of the realm of possibility.

It is easy to look at names like Bregman, Correa, Springer, Cole, and Verlander, none of whom have long term contracts, and assume the money will be spent there. But Crane has shown that he will spend to keep the team together and spend to add to it. I expect this situation to be no different. Crane and Luhnow are of one mind and both are attracted to the big name, evident when we came to discover from Ken Rosenthal that the Astros had a deal in place at the 2018 Trade Deadline for Bryce Harper. Both Crane and Luhnow are always looking to make this team better. With the decision to begin playing Gurriel in a utility role in the post-Marwin era, a trade for a 1B could be in the works. At this point it makes too much sense. An infield of Bregman, Correa, Altuve, and Goldschmidt theoretically would be the best infield of all time, and I don’t believe it would be it would close. No doubt this will be one to watch in the coming days.

Not a lot of help is needed in the OF with two everyday starters already locking down spots, but if the Astros still don’t feel comfortable with their situation in LF, an option like David Peralta would be great as well.

There has not been a link to the Astros and Peralta, as this is more of a wishful thinking type of inclusion for this list of offensive upgrades. A teammate of Goldschmidt and another that could see himself on the move if the D-Backs want to revamp the roster, Peralta is the lefty power option the Astros lack. Coming off a season that saw his production break out, Peralta hit .293/.352/.516 with 30 HR, 87 RBI, 25 2B, 164 H, 7.8 BB%, 20.2% K%, and a 3.8 WAR.

With two years left on contract, Peralta is very much an option for the D-Backs to move before next season depending on how serious they are about fixing some payroll complications. Though unlikely, a package deal for Goldschmidt and Peralta could net the D-Backs a very solid return and potentially a prospect that for one player would normally be off the table. Peralta could easily find himself hitting in a new stadium next season, but it seems doubtful at this point that the stadium would be Minute Maid Park.

I’ll cheat here and include Nelson Cruz as an OF since he once manned RF, but as a full time DH, not many can provide the punch Cruz does. The Astros were linked to the free agent Cruz very recently, and even heading into his age-38 season Crus remains a hot commodity. Despite his age, Cruz has exceeded 37 HR and 90 RBI each of his last 5 seasons, and despite a “down year” in a few offensive categories, numbers like a .264 BABIP disprove a decline and show a streak of being unlucky, especially considering Cruz finished last season 7th in hard contact rate. As a one year option worth somewhere in the ballpark of $16M, the Astros would be bringing in another Carlos Beltran to provide a clubhouse presence and a solid power bat from the DH position while attempting to get another deserving veteran the championship ring that has eluded them.

A lot of very interesting names are in play this offseason, and the Astros are players this offseason to try and get back into the World Series in 2019. A catcher, first basemen, and DH can all find their way to Houston in the coming months, so I predict the Astros will sign Nelson Cruz and Wilson Ramos and trade for Paul Goldschmidt. Those three acquisitions would construct the following lineup:

The offseason has only just begun, and with the Winter Meetings and Free Agency getting ready to kick into full gear, it will be fun to hear the rumors and see where each player ends up. The Astros will be firmly in the mix for a number of players and will look to head into 2019 ready to go out and win another ring for the city. Exciting times are still ahead.