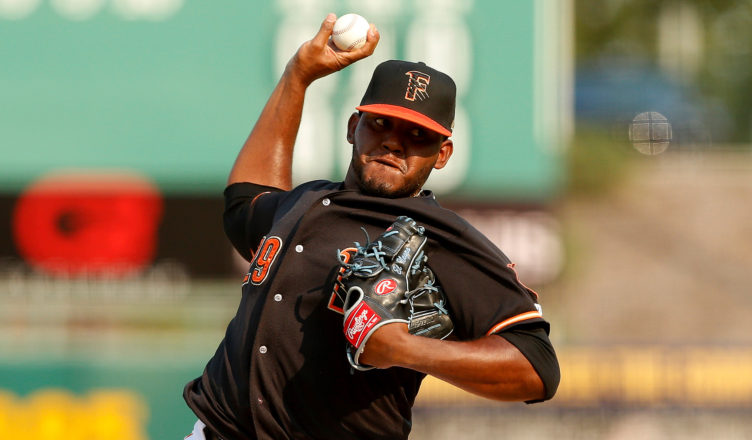 The Rule 5 Draft essentially allows Major League clubs to pick up minor league players from other clubs who are not on the their team’s 40 man roster. If a player is selected in the Rule 5 Draft, the player must remain on the Major League 25 man roster of the team that selected him for the remainder of the season, he can not be sent back down to the Minor Leagues. The idea is to give more players a quicker path to the Big Leagues.

The deadline for MLB clubs to add their minor leaguers to the 40 man roster to protect them from being selected in the Rule 5 Draft passed on Tuesday. With it, the Astros added three players to their 40 man roster: C Garrett Stubbs, RHP Rogelio Armenteros, and RHP Bryan Abreu.

Garrett Stubbs is a AAA catcher who we recently found out was one piece of a package that the Astros agreed to send to the Washington Nationals in exchange for superstar Bryce Harper before the deal was nixed by Nationals’ ownership.  Stubbs’ solid 2018 AAA numbers likely would have put him at risk to be scooped up by another club in the Rule 5 Draft and when you consider the current shortage of catchers within the organization, Lunhow and staff made a wise decision to protect him by adding him to the 40 man roster.

Rogelio Armenteros is the highest rated prospect of the three, ranked as high as number 5 by Astros Future heading into the 2018 season. Coming off of an almost unhittable 2017 in which he was called up to AAA, Armenteros impressed again in 2018, his first full season in Fresno. In 21 starts in 2018, Rogelio threw 118 innings with a 3.89 ERA, 1.30 WHIP, 134 K/48 BB — good for 10.2K/9. The 24 year old Cuban RHP throws a low-mid 90s fastball and a plus changeup to get his outs. But what is more revealing is Astros’ manager AJ Hinch‘s praise of Rogelio’s maturity on the mound. Look for Armenteros to impact the Astros’ 2019 plans.

Bryan Abreu is the most surprising addition of these three. The 21 year old Dominican RHP did not appear on any top prospects lists heading into 2018, but that is likely to change moving into the 2019 season due to Abreu’s impressive numbers across two levels in 2018. Across 16 innings in A- Tri-City and 38 innings in A Quad Cities, he put up a 1.49 ERA, 1.031 WHIP a ridiculous 14.9K/9.

With the recent departures of several notable Astros’ front office members and the knowledge that they now bring with them to new organizations, the Astros’ farm system is in need of protection now more than ever. Are there any players not currently on the Astros’ 40 man roster that you would have liked to see the Astros protect from being selected by another team in the Rule 5 Draft? Let us know on Twitter: @astrosfuture @stephenschlett.