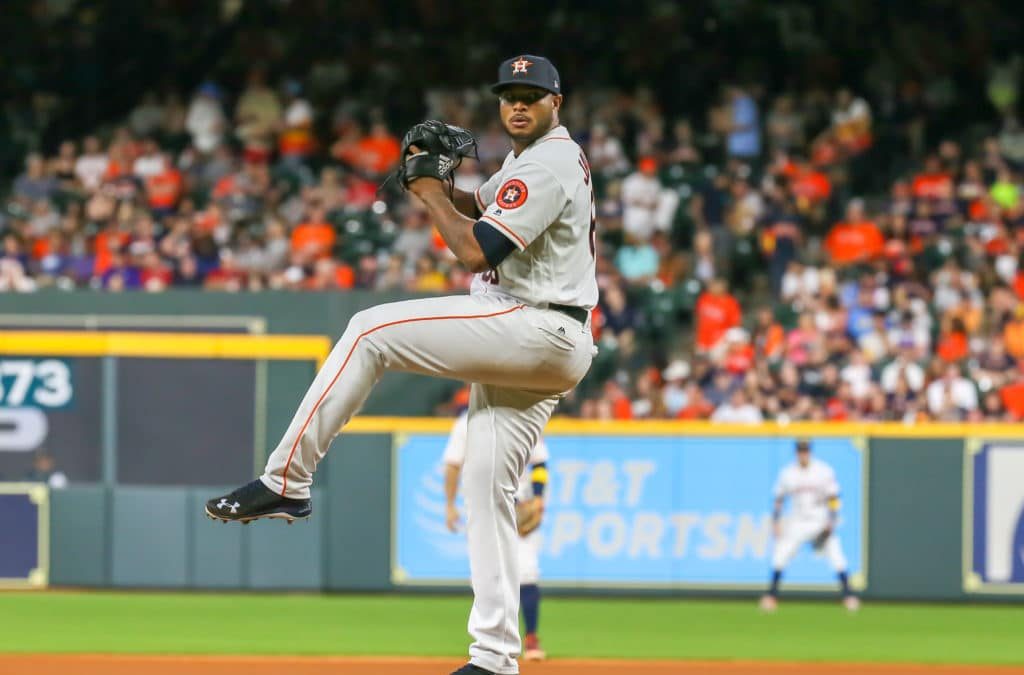 Who is the Astros’ Breakout Prospect of 2018?

Every year in the minors, and particularly the Astros system, a prospect will “breakout” and become a player to watch. With the Astros having built a deep farm system, there was a strong likelihood they would have multiple breakout prospects. There are many prospects that could be on the list making it hard to just choose one. Therefore, I will provide a few candidates and y’all get to vote on who is the Astros breakout prospect of 2018.

James was drafted in the 34th round of the 2014 draft and steadily made his way through the Astros system. James’ sleep issues are well documented, and getting this figured out, along with some mechanical adjustments, helped him gain elite velocity. This season in the minors he struck out 171 in 114.1 innings with a 3.23 ERA earning him his call up to Houston. James showed why he was getting a lot of buzz striking out 9 in 5 innings in his major league debut and showed off his 101.1 MPH fastball in the first inning. He led the Astros minor league system in strikeouts, and it wasn’t close. His secondary pitches (changeup, slider) have looked good too.

Toro was one of my pre-season picks to be a breakout prospects this season. Toro was a 5th round pick by the Astros in the 2016 draft and has steadily made his way through the system. He played the 2018 season at 21 years old. He started the season with Buies Creek and hit well posting a .834 OPS with 136 wRC+ in 86 games. He showed good power and posted good walk (12.9 BB%) and strikeout (17.8 K%) rates. He was promoted to Corpus Christi where he had an 86 wRC+ in 50 games. He struggled a bit but hit .296 with .813 OPS over his final 20 games. He also led the Astros system in doubles with 35.