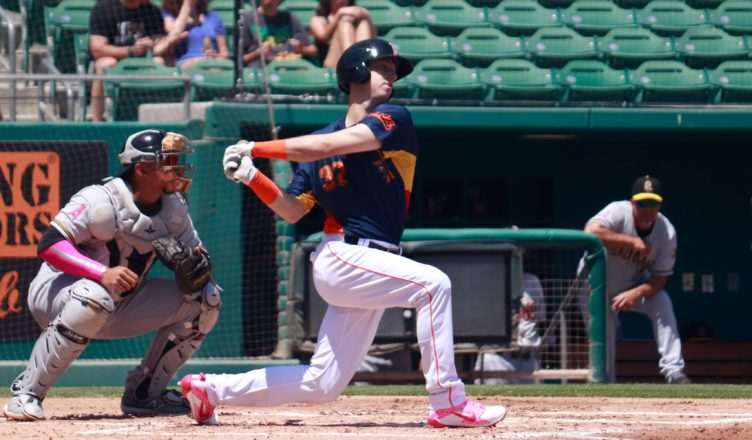 Let’s take a look at the best performances in the Astros system in June.

While he only played in 11 games in June, Alvarez came back from his DL stint tearing the cover off the ball. He had 5 HR and 14 RBI in 11 games and this doesn’t include his 2 HR game that was cancelled because of rain. He had a 204 wRC+ in June.

I like to go starters here but Riley was too good to pass up. He struck out 16 in 9.2 innings out of the pen and didn’t allow a run. He was also a perfect 4 for 4 in save opportunities. He has since been promoted to AAA.

This was a tough one as Hector Perez was very good but ultimately I went with Bielak due to his microscopic ERA in the month of June. He posted a very good 10.1 K/9 in June. He has since been promoted to AA.

This numbers almost feel like video game numbers. 0 ER in 24 innings with 1 BB/24 K. Sandoval was good that good. It also came with a 1.69 FIP and just a .198 BAA. He has since been promoted to Buies Creek.