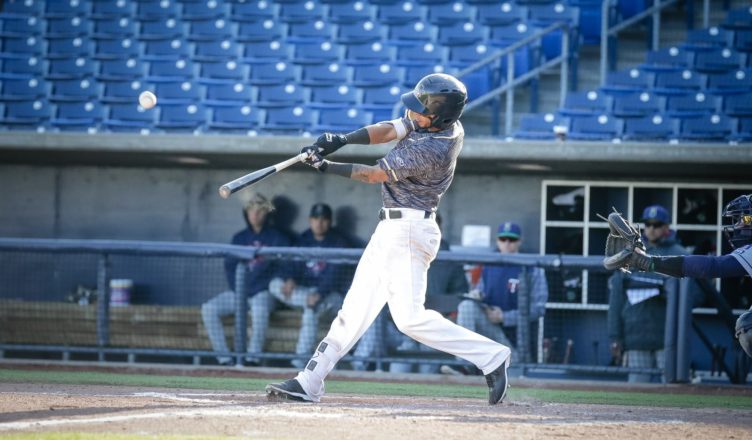 When you’re hot, you’re hot.  Jonathan Arauz is hot.  He has put together quite a stretch of games over the past week.  The month of May hasn’t been too shabby for the Quad Cities River Bandits so far either.  With Arauz’s help the River Bandits have rattled off five wins in a row, and are now just a game behind the Cedar Rapids Kernels for first place in the Midwest League’s Western Division.  Going 12-for-25 along the way, with three doubles, eight runs, four home runs, and 13 runs batted in, Jonathan Arauz has been named Astros Future Player of the Week.

During the past week, Arauz has hit in five consecutive games, four of them have been multi-hit games, including the last three in a row.  All four of his home runs this season have come this past week.  He’s raised his batting average from .257 at the start of the week to .319 by the end.

Arauz was originally signed by the Philadelphia Philles as a minor league free agent back in 2015 out of Panama.  He was a part of trade that brought Ken Giles to Houston back in December 2015.  Since then, the 19-year old has been making his way through the system with stops in Greeneville, Tri-City, and of course Quad Cities.  He is currently enjoying his best year as a pro, even though its still very early.  He’s also making strides defensively committing just one error so far in the field.  With second base, short stop, and third base filled in Houston hopefully forever, it will be a difficult journey to the bigs for Arauz.  For now though, let’s just enjoy the ride.

Congratulations to Jonathan Arauz on being named Astros Future Player of the Week.

It wouldn’t be a week without highlighting some of the other minor league players in the Astros system, so here are a few honorable mentions.  Taylor Jones has gone 13-for-26 (.500) this week with three home runs and nine RBI for Corpus Christi.  J.D. Davis has been having a good time at the plate for Fresno.  He is currently in the middle of an 8-game hitting streak where he has collected 16 hits, and he is hitting a staggering .415 this season.  Another player that is compiling a nice little streak of his own is Bryan De La Cruz.  De La Cruz has a 15-game hitting streak and 22 of his 29 hits this season have come during it.

Josh James threw four innings picking up a save for Corpus Christi.  He allowed a hit and a walk but struck out six without allowing a run.  Cristian Javier struck out eight in five innings picking up one of Quad Cities wins this week.  Brett Adcock picked up a win for Buies Creek as well notching eight k’s of his own.

Over all it was a pretty good week for the Astros minor league teams and their players.