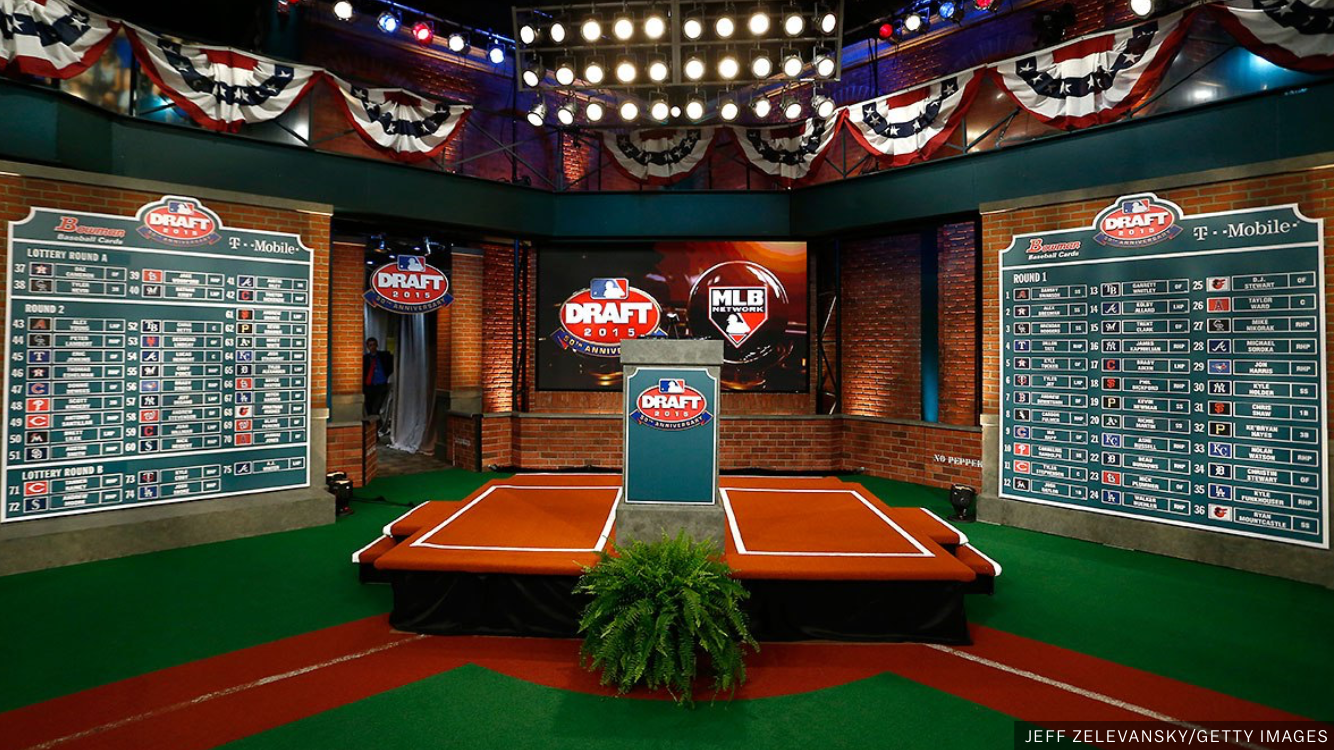 Each year as the draft grows closer, drafts stocks become a rollercoaster as teams figure out their boards. Some players rise because of great performances throughout the season, while some fall for lack of production or injury. In the case of the latter, that may be what happens to Ethan Hankins.

Ethan Hankins is a prep right handed pitcher from Forsyth Central HS in Georgia. He stands 6’6” at 200 lbs. Not turning 18 until May 23rd, he is one of the youngest players in this year’s draft class.

There are not many stats available for prep pitchers as there are for college players, but Hankins has a 0.90 ERA in his senior season, one that saw him sidelined with a shoulder injury in February. Last summer Hankins shot up draft boards with his phenomenal performance in two starts for Team USA in the 18 and Under World Cup, striking out 27 batters over 12 innings, including a 14 K performance against Korea. https://youtu.be/QAj8lflVGCo

Hankins throws from a low 3-Quarter arm slot and possesses a smooth delivery that he repeats well. When healthy, he has one of the best fastballs in the draft class, siting at 92-96, reaching 98 with the potential for a rise in velocity once he fills out his frame. His fastball has unbelievable movement, and command wise he has been one of the more accurate pitchers in the class.

He possesses a plus changeup and a hard curveball and slider than can be plus pitches if he lands with the right team. In pro baseball, his off-speed pitches should start to develop and with help from his coaches can become great out pitches for him.

The shoulder injury he suffered in the spring was a muscular injury instead of structural, but still caused him to have a down year. His fastball dropped to the low 90s and lacked the movement teams saw in the summer. His command went down and his off-speed pitches didn’t show much improvement from the summer.

Hankins was believed to be a Top-10 pick before the shoulder injury, but his stock fell with the year he had. Nevertheless, a solid and promising end to the year could have him back up to the middle of the 1st Round.

A strong commitment to Vanderbilt may keep Hankins from signing if he is not taken high in the draft, so the farther he falls the less likely he is to sign.

Hankins reminds me a lot of Forrest Whitley as both are tall and lanky right handers that can light up the radar gun and strikeout hitters by the truck-full, but as far as current major leaguers go, Hankins has some similarities to Stephen Strasburg. Both Strasburg and Hankins are big pitchers who dominate you with pure stuff.  Strasburg may have one of the best fastball, curveball, changeup combos in the league. Hankins has the potential of a dominating curve like that of Strasburg if his development continues as he gets older.

There’s really no telling where Hankins could go in this draft. It only takes one team to fall in love with what they see in him to take a chance on him, and if a team is looking for a moderate to high risk/high reward, there might not be a better one than Hankins. He could go as high as the Top-10 and as low as falling out of the 1st Round altogether.

Between the shoulder injury and the signability concerns, Hankins could, albeit unlikely, find his way to being on the board when the Astros are on the clock. If he is on the board, Luhnow could take him, although him being available at #28 is only half the battle. Signing him away from Vanderbilt at #28 would be tough, but nonetheless I’m confident Luhnow could make a run at Hankins and make signing him a possibility. The point could end up being null and void if Hankins does in fact find his way into the Top-15 again, but Hankins will be an interesting name to watch for on June 4th.