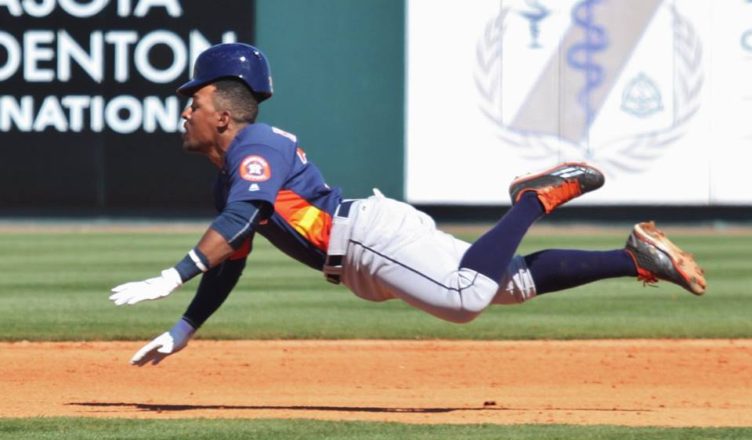 Tony Kemp: Potential as an Astro

Tony Kemp has been nothing short of spectacular in Triple A Fresno, however, this talent has yet to translate to the majors. Kemp, 26, who played in 59 games in 2016 and only 17 in 2017 has struggled a little bit in his limited playing time in the MLB. Kemp has yet to play everyday in the majors, and often many players get off to slow starts. Including Alex Bregman‘s 2-for-38 start at the plate, which he quickly turned around the past two seasons.

His hit tool and speed have not translated to what he has done in Triple-A. In the majors, he has hit just .217 with a 64 wRC+, while he has only recorded three stolen bases. For a guy who doesn’t have a ton of power, Kemp will need to get on base to prove his worth. Along with this, Kemp’s primary position at second base is solidly locked up by Jose Altuve and utility man Marwin Gonzalez, barring injury. The potential for Kemp is there, he’s currently behind the reigning AL MVP and the team’s leading RBI man in Gonzalez. An issue that most minor leaguers don’t have to deal with.

This has resulted in his move to the outfield, which seemed promising for him in the previous two seasons. Now with the increased role of Derek Fisher, signing of Josh Reddick, and Kyle Tucker’s fast development, that outfield spot is becoming filled. Furthermore, players such as J.D. Davis and Max Stassi have come out the gates hot in Spring Training in competition for one of the final spots on the roster.

A.J. Hinch has stated that the Astros may carry three catchers throughout the year, which could give Stassi a spot. While it is still early, Kemp needs a solid Spring in order to crack a spot on the roster. The potential for Kemp to become a key bat and glove in the lineup is there, the question is will he get the opportunity?